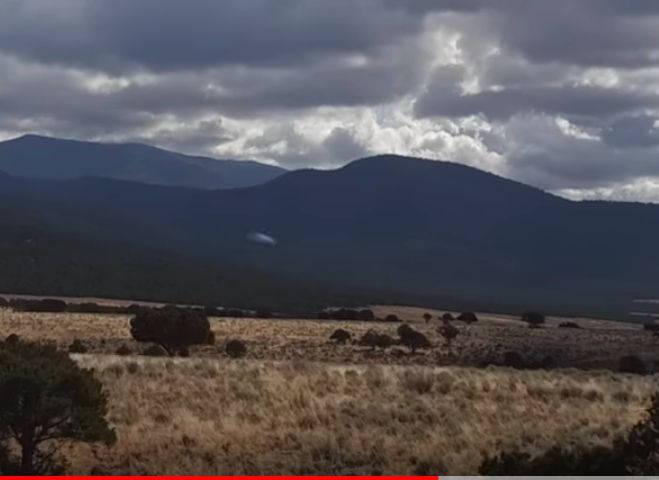 Object Seen Travelling at ‘500 mph’ in US Sparks Conspiracy Frenzy

• Sam Chortek and Jimmy Chappie visited Beaver, Utah to capture some beautiful video the rolling hills that surround the area on their drone-mounted video camera. When they got home and watched the footage, they discovered something inexplicable. A white object suddenly emerges from the distant hills and flies past the recording drone, traveling at a speed so fast the object’s form became warped – making it hard to discern what it is.

• Originally posted by Brian Hanley, SecureTeam10’s host Tyler Glockner shared the video on his YouTube channel, slowing the footage to make a chilling discovery. “This has become one of the best pieces of UFO footage in recent memory,” Glockner said. “Many have said that it looks like a saucer.” “Some have estimated it as going at 400-500mph.” (see 4:14 minute video below)

• YouTube commenters explainations for the object range from CGI, to shapeshifting demons, to a true UFO – either extraterrestrial or one of Earth origin within the secret space program. The Utah location is only a couple of hundred miles away from Area 51, a highly classified remote range only accessible by The United States Air Force.

Drone operators Sam Chortek and Jimmy Chappie visited Beaver, Utah, US, in the hope to collate some beautiful B-roll footage of the rolling hills that surround the area.

But when they arrived home to watch the footage back, they discovered something unexplainable fly past the lens.
A white object appears to suddenly emerge out of the hills and fly past the recording drone.

It was travelling at a speed so fast the object’s form became warped – making it hard to discern what it is.

“This has become one of the best pieces of UFO footage in recent memory,” he said.

4:14 minute video of object in Utah speeding past a drone camera