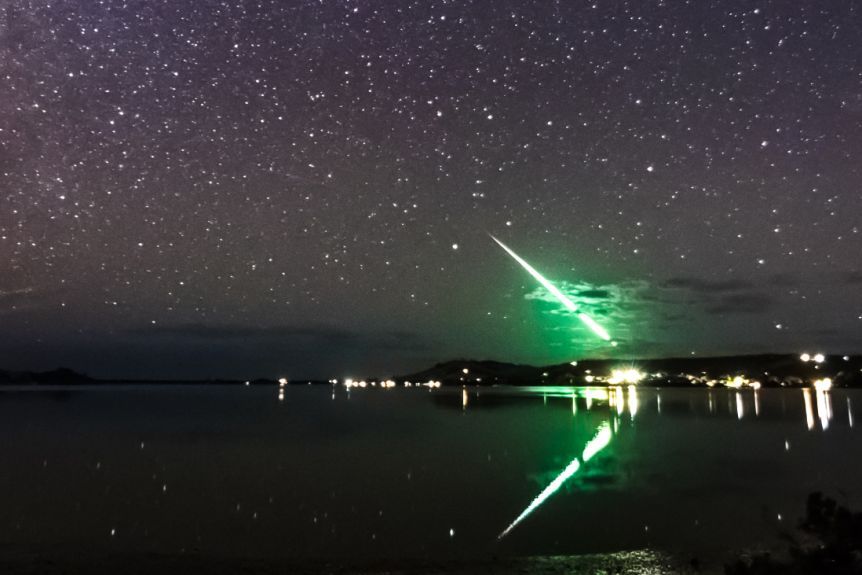 • On the morning of June 15th, citizens of the Pilbara region in northwestern Australia were left speechless when a mysterious green light with a tail illuminated the skies above them.

• Are aliens invading the Earth? Renae Sayers from Curtin University’s Space, Science and Technology Centre offered a scientific explanation that when objects such as space debris or satellites enter our atmosphere, they tend to break apart, crackle and spark as they burn up.

• Scientists believe that similar events occur every day on Earth. Our planet’s atmosphere is hit daily by about 100 tonnes of space debris, but most of them are falling over unpopulated regions across the globe and in oceans.

• But it is still technically a UFO. An ‘Unidentified Flying Object’ can be something other than a flying saucer carrying little green guys with pointy ears.

When you see a UFO, you first think about aliens. And it’s not something to blame at all, regardless of how much you like Star Wars or other similar

cinema productions. It’s within the human nature to seek the sensational, the jaw-dropping hypotheses, and also to hope that there is something bigger and much more glorious than us somewhere in the Universe.

The citizens of the Australian region Pilbara were left speechless when a mysterious green light with a tail illuminated the skies above them yesterday in the morning (June 15). People capturing the peculiar phenomenon had seen it more precisely from the Northern Territory and South Australia, as Glen Nagle from the CSIRO-NASA tracking station in Canberra says.

The inevitable and ultimate question arises that everyone is thinking about: are aliens invading Earth in the pandemic year 2020? It seems so if we take a look at the footage below: