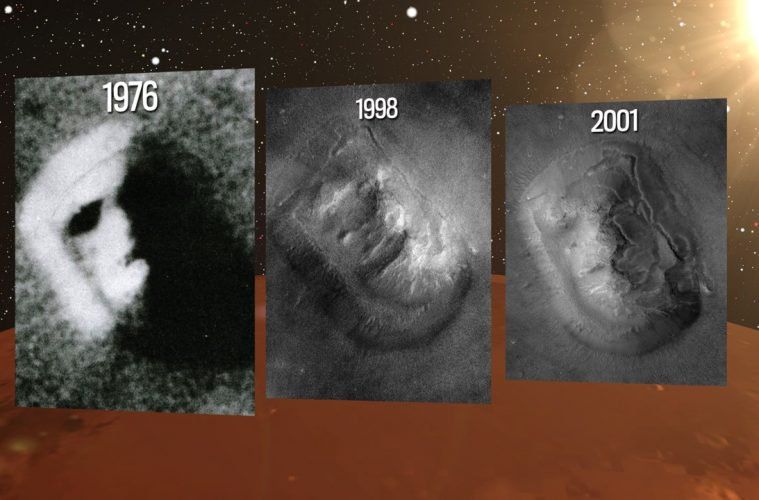 • Dr. Brian O’Leary was a NASA astronaut in the 1960’s, met Carl Sagan, and became a respected astronomy and physics university professor.

• O’Leary said that Sagan colluded with NASA when he “fudged data”, claiming that the famous “face on Mars” was a natural formation and doctored the photo.

• O’Leary also said that Sagan colluded with the Brookings Institute in 1961 reasoning that the existence of ETs would need to be covered up because it would be too much of a culture shock to the people.

• “Through official secrecy and ridicule, many citizens are led to believe the unknown flying objects are nonsense.” Former head of CIA, Roscoe Hillenkoetter, 1960

• “There is a serious possibility that we are being visited and have been visited for many
years by people from outer space, by other civilizations.” Lord Admiral Hill-Norton, 5 Star
Admiral of the Royal Navy.

• “I have no idea who controls the flow of need-to-know (on UFOs) because, frankly, I was told in such an emphatic way that it was none of my business that I’ve never tried to make it to be my business since.” Senator Barry Goldwater, Chairman of the Senate Intelligence Committee, 1960’s.

• “Intelligent beings from other star systems have been and are visiting our planet Earth…this is not a matter of conjecture or wistful thinking.” Theodor C. Loder III, Phd, Professor Emeritus of Earth Sciences, University of New Hampshire.

• “Decades ago, visitors from other plants warned us about where we were headed and offered to help. But instead, we, or at least some of us, interpreted their visits as a threat, and decided to shoot first and ask questions after.” Paul Hellyer, Former Canadian Defense Minister.

• “My people tell of Star People who came to us many generations ago… brought spiritual
teachings, stories, and maps of the cosmos. They were kind, loving, and set a great example.” Richard Wagamese, Ojibway Author.

• “Yes there have been crashed craft, and bodies recovered… We are not alone in the universe, they have been coming here for a long time. I happen to be privileged enough to be in on the fact that we have been visited on this planet, and the UFO phenomenon is real.” Edgar Mitchell, former U.S. astronaut.

It is a common occurrence for ‘UFO’s to be tracked on military radar, and more and more people are starting to believe that these objects are of extraterrestrial origin. One reason for this is the disclosure of evidence supporting such a hypothesis in recent years.

Apart from the congressional hearings on this subject and the fairly recent citizens hearing that took place, along with the release of official documentation, there has been a surge in people believing that ETs are real because of the work of scholars like Dr. Brian O’Leary.

Dr. O’Leary was a NASA astronaut and a member of the sixth group of astronauts selected by NASA in August of 1967. One year after, Carl Sagan recruited O’Leary to teach at Cornell University where he researched and lectured in the department of astronomy and physics. After Cornell, O’Leary taught physics, astronomy, and science policy assessment at various academic institutions, including the University of California Berkeley, Hampshire College, and finally at Princeton University from 1976 to 1981.

Dr. O’Leary went on to Washington, where he would become an advisor to various political leaders, presidential candidates, and the United States Congress. O’Leary was also a member of the American Association for the Advancement of Science, as well as secretary of the American Geophysical Union’s Planetology Section. Furthermore, he was the team leader of the Asteroidal Resources Group for NASA’s Ames Summer Study on Space Settlements. He was a founding board member of the International Association for New Science as well as founding president of the New Energy Movement.

Dr. O’Leary passed away shortly after having a heart attack and a diagnosis of intestinal cancer. He had some interesting things to say about Carl Sagan during a live interview with Kerry Cassidy of Project Camelot. O’Leary and Sagan were close for a number of years, but had a little bit of a falling out when O’Leary decided to leave Cornell.

After he left, O’Leary started to examine some of Carl’s work. He said that the famous “Face” in Cydonia on Mars — photographed by Viking in 1975, this enormous formation (about a mile across) resembled a human face and created a major buzz at the time — was tampered with by Sagan before being released to the public:

“It was very, very disappointing to me, because not only was Carl wrong, he also fudged data. He published a picture of the “Face” in Parade Magazine, a popular article, saying that the “Face” was just a natural formation, but he doctored the picture to make it not look like a face.”

At this time, Sagan and O’Leary were arguably the world’s two leading experts on Mars, and they entered into many disagreements over that face. This rift was made clear in O’Leary’s publication in 1998, “Carl Sagan & I: On Opposite Sides of Mars.” It can be found in The Case for the Face: Scientists Examine the Evidence for Alien Artifacts on Mars, eds. Stanley V. McDaniel and Monica Rix Paxson. Kempton, IL: Adventures Unlimited Press.

In May of 1990, O’Leary released a paper titled “Analysis of Images of the Face on Mars and Possible Intelligent Origin” which only further demonstrated his skepticism. It was published in the Journal of the British Interplanetary Society, Vol.43 No.5.

O’Leary also went on the record and stated:

“I began to realize, just directly from the scientific point of view, not only hearsay, that this man was colluding with NASA, that there might be more to this than before. . . . Carl was on a committee with a number of notable people. There was a report issued by the Brookings Institution in 1961 — and that’s about when I knew Carl, during those years; the ’60s mostly was when I worked closely with him — that he and this other group said: Well, if any ETs ever showed up on the Earth, it has to be covered up. That’s the only way we’re going to be able to manage this, because if we can’t, then it would be too much of a culture shock.”

Quite a shocking statement from someone of Brian O’Leary’s stature, isn’t it? In the interview, he goes on to say that Carl and his colleagues recommended that the governments cover up the UFO phenomenon, and that he believes this provided justification for the ongoing cover-up.