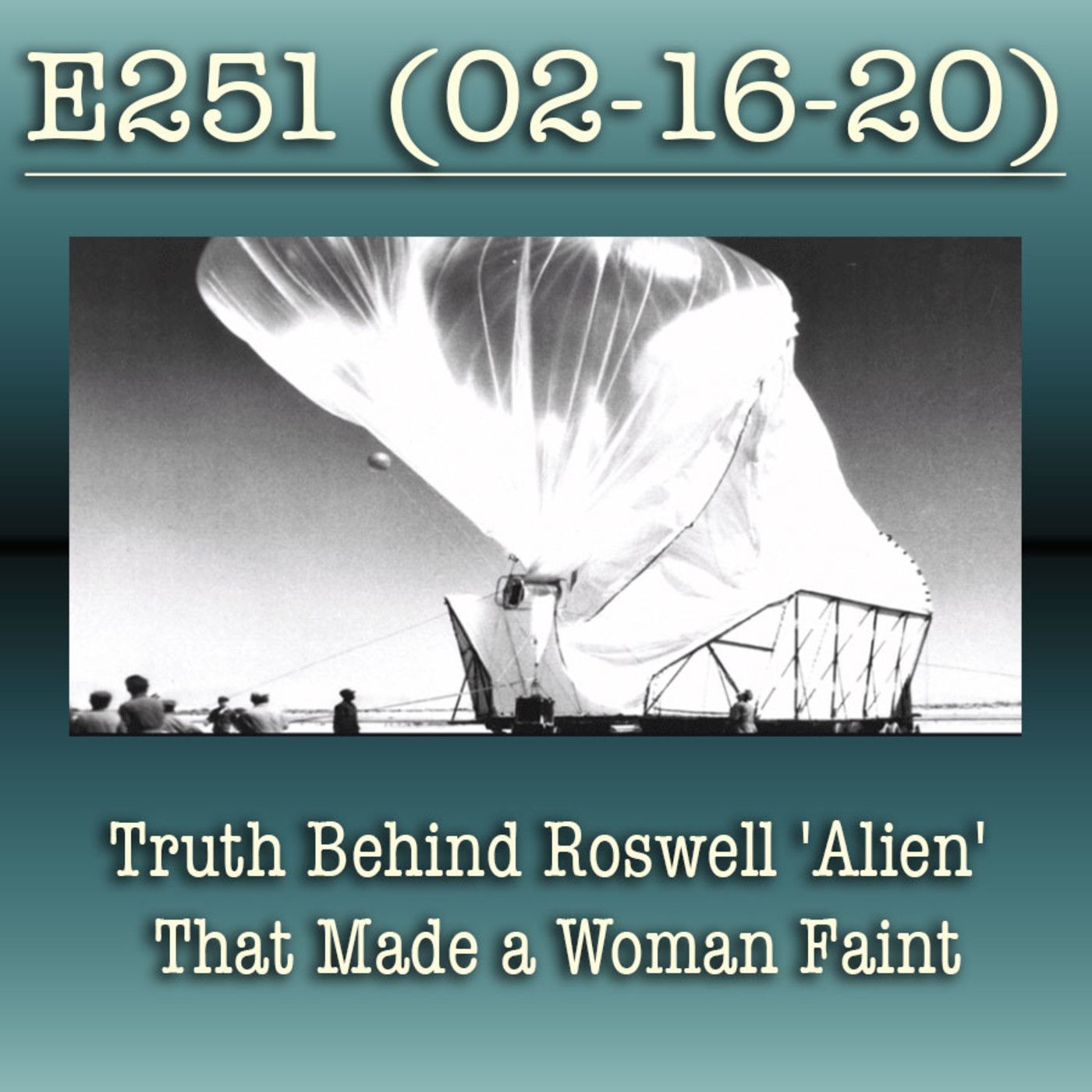 e251 Truth Behind Roswell ‘Alien’ That Made a Woman Faint

At the awards banquet, Colonel McBrearty quoted Singlevich as saying that the rancher’s wife “looked at us in shock, gasped and then fainted dead-way! …It was one of those, ‘What do we do now?’ moments. …We then grabbed the payload, bundled up as much of the balloon as we could gather, and ran back to the helicopter. In a few seconds, we were outta there!”