NBC News – Penn State astronomer asks – Should we be looking for space aliens a bit closer to home?

In a report by NBC News, a Penn State astrophysicist contends that if spacefaring extraterrestrials ever did enter our solar system, perhaps these species might have produced artefacts or other technosignatures that have survived to the present day on any planet in our solar system.

As this dialogue expands, US and Canadian mainstream media have also taken the initiative to create headlines about the Pentagon’s high level of interest in UFOs.

Science, the media and government have traditionally shown disinterest, silence and even hostility towards the UFO/ET issue. This now appears to have changed dramatically.

These three terrestrial edifices of conventional wisdom, whether they realize it or not, have inadvertently and independently produced three converging lines of evidence that point in one direction: The imminent possibility of an extraterrestrial footprint in our star system. After decades of silence and resistance these three entities seem to be talking the same language.

THE CONVERGING LINES OF EVIDENCE

One line of inquiry points to an admission by the Pentagon that it authorized the release of now, three gun-camera videos, each obtained by Navy F/A-18 jets of multiple intercepts of UFOs. Each video has been authorized for release by Pentagon officials.

The second line of inquiry reveals the Pentagon admitted the existence of a $22 million program to investigate UFOs from 2007 to 2012. The retired head of that program Luis Elizondo is on record – stating he feels the program still operates.

A third line of inquiry is an academic statement by a tenured astronomer at Penn State University about the possible existence of intelligent off-world civilizations.

Upon analysis of these converging lines of evidence it becomes clear these evidentiary facts have much more in common than one might suspect.

Each of these six prominent 21st century news organizations have decided to cover UFO/ET news in a fair and open manner – devoid of the ridicule and giggle factors that characterized their predecessors’ treatment of this matter:

This unexpected and revolutionary form of discourse among the mainstream media is gathering momentum – making more and more doubters feel that if conventional mainstream media is chatting up the ET factor in this way, perhaps it is time to take these matters more seriously.

Now science – the ever constant and established arbiter of conventional wisdom – is stepping forward to suggest – we may not be alone and may never have been.
Early astronomers Ptolemy, Galileo and Copernicus shattered the mold of the long-held belief that the Earth was the centre of the solar system – might Dr. Wright, his colleagues and perhaps all of science be on the verge of a new paradigm of belief?

In an abstract, a Penn State academic states: “The origins and possible locations for technosignatures of such a prior indigenous technological species, which might have arisen on ancient Earth or another body, such as a pre-greenhouse Venus or a wet Mars.”

Penn State astrophysicist Dr. Jason Wright told John Wenz of NBC News MACH: “We need experts in a variety of fields across astrobiology, geology, and anthropology to look at all the data to make concrete statements about whether there’s a chance that advanced space aliens once lived or visited here.”

This unprecedented statement by a leading astrophysicist indicating that an ET presence in our solar system is entirely plausible should, on its own merits, be explored. The contention by Wright is significant for two ardently existential reasons.

First – the UFO/ET issue has long-suffered the criticism that mainstream science and more specifically astronomers have always been reluctant to render any public and substantive statements on an ET presence. Traditional science has long held that it is not even remotely interested in discussing the proposition that intelligent off-world civilizations may have made their presence felt in our star system. Our Earth-bound modes of reasoning have never included this hypothesis.

Although slowly, these reservations seem to be evaporating. This new kind of proclamation out of Penn State is not only extremely unusual and a departure from the status quo – it certainly implies mainstream science is now preparing itself for a much more comprehensive conversation about the much maligned UFO/ET issue.

Why so? Quite simple actually… Any discussion about the existence of extraterrestrials – by default – leads journalists and scientists into the voluminous evidentiary documentation that the UFO phenomenon has been discussed, analyzed and sequestered at the highest levels of governance on the planet for decades. This mode of investigation has never been fully explored by media entities normally bent on celebrity adulation, the stock market or exposing the simplistic notion of government impropriety, waste or a president who appears unable to grasp the meaning and significance of the American Constitution.

The human family is faced with much larger and more intuitive matters of existentialism – matters that recognize the individual as capable of understanding the significance of his or her own rights – not those donative rights given to them by the state which can be so arbitrarily taken away at any time – but those rights of natural law – the human right to freedom and control over his or her own destiny and development. This is where the UFO/ET issue resides in the human consciousness. It loiters but still operates within a dichotomous cosmos of spiritual simplicity but one of immensely incomprehensible complexity.

Given this unique and often unarticulated context – clear lines of converging evidence dramatically demonstrate that multiple levels of orchestrated government secrecy and lies are now in question. It is now obvious government has – in fact – remained audibly silent on and lied to its citizens about the UFO/ET matter for over 70 years. Does this mendacity conjure suggestions of a cover-up or dare we say – a conspiracy?

THE ULTIMATE TAKE AWAY
This tincture of science and news reporting may represent an emulsion and not an oil and water dichotomy. Considering the connectivity of ideas – add to this mix the governmental and geo-political implications of an ET presence and one is looking at a ready-made literary cocktail – capable of re-writing history.

These seemingly mutually exclusive lines of inquiry now appear to have some common ground – a galactic intersection with Earthly and alien pedestrians crossing every which way to get to the other side.

If a renowned Penn State astrophysicist like Dr. Jason Wright is making these kinds of statements – might we not want to pay a little closer attention. Much in the same way we would if he had proclaimed, “We have found a cure for cancer…” Both are stunning propositions – maybe we can believe both if ET technologies are as advanced as the experts say they may appear to be.

If the UFOs being seen by pilots are indeed of non-Earth origin as many believe, then we can only assume that these off-world civilizations possess the capacity to conquer the vast interstellar distances of space using unimaginable energy sources, technologies and exotic propulsion systems that make possible light speed travel – might they also have eliminated disease as well as their own extinction behaviours? Advancing these kinds of discussions can only enlighten and allow for possibilities – rejecting them is done at our peril.

The second reason why this matter is significant is that NBC and CBS News are credited with being two of, if not the highest rated US mainstream news media outlets. This departure from traditional mainstream news ridicule of the ET issue creates what appears to be a contemporaneous and reformative rise in the level of interest in the possible existence of off-world intelligences that may have made their presence felt in our star system. Might then other mainstream news outlets, government officials and other segments of society want to pay closer attention?

These growing and concurrent shifts in consciousness and ideology from both the academic/scientific community and American mainstream journalism illustrates a revised attitude toward a conversation about ET life and the truth that has been sequestered behind walls of secrecy for so very long.

Dr. Wright’s statement and one by Harvard professor Dr. Avi Loeb has upset the traditional apple-cart among astronomers who hold tight to the view that there is no evidence of an ET presence anywhere in the known cosmos – a world-view that espouses there is no logical sense in pursuing this matter.

Loeb stated in the same NBC article, “There could have been a visit by another alien civilization…” from another solar system. The aliens might have visited us in person, he said, or via some form of space probe. [Should We Be Looking for Space Aliens a Bit Closer to Home? – NBC MACH Aug.29.2017]

MORE QUESTIONS ARISE
Now that Dr. Wright and some of his colleagues are asking these kinds of questions – is it not now time to talk more seriously about extraterrestrials, UFOs and a cosmos that may be teeming with life?

Does the next stage in evolution of this matter foresee the media and science sustain their lines of inquiry to pressure and openly challenge the White House and other indolent levels of governance to come clean? Why is this level of discourse so important?

First, this quality of mainstream coverage would have been unheard of even 5 years ago. Second, this level of coverage by the media reaches far beyond the ‘UFO choir-of-the-converted’ and into the living rooms, kitchens, libraries, government offices, news rooms and professional institutions where those who inhabit these places go about their business – blissfully unaware of and oblivious to the facts rooted in this matter. It is in these places where the cosmically impaired reside. It is here where what the late Dr. John Mack called – the ‘battle over world views’ – will be won.

Given that Ptolemy, Galileo and Copernicus began putting major cracks in the outmoded scientific and religious slate of beliefs of the day by imprinting a new paradigm onto reality, it turns out Dr. Wright and his colleagues in addition to the media and the Pentagon might all be on the verge of cracking a few more tablets themselves.
At the vanishing point of these converging lines of evidence we are left with two conclusions:
It’s finally time to talk seriously about UFOs and Extraterrestrial life.
Review the NBC article: HERE
[ZNN invites your comments.]

Toronto ZNN – Much has been covered recently on what can only be described as a serious and potential DISCLOSURE EVENT by the US government. This includes stunning F/A-18 jet videos of an anomalous object vetted and declassified by the US Department of Defence and news about a $22 million Pentagon UFO investigation program from 2007 to 2012. Although there have been reports of this program being shelved – some reports indicate investigations of UFOs continues.

This news has been covered by the Washington Post – the NY Times – CNN – MSNBC and a growing myriad of international news outlets. Although the coverage of this release has been comprehensive – none of the news media outlets has had the acuity to ask the dominant questions about what the geo-political implications of this event are.

Victor Viggiani in this 10 minute interview gets to the heart of the matter. At the time of this publication – no comment as yet has been issued by the White House or any US officials.

Listen to Victor Viggiani – News Director of the ZlandCommunications NewsNetwork and his assessment of this stunning and unexpected turn of events by the US government. 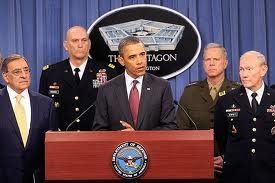 Is the US Military now interested in ET Disclosure?

A news service that takes you to the edge… and beyond.