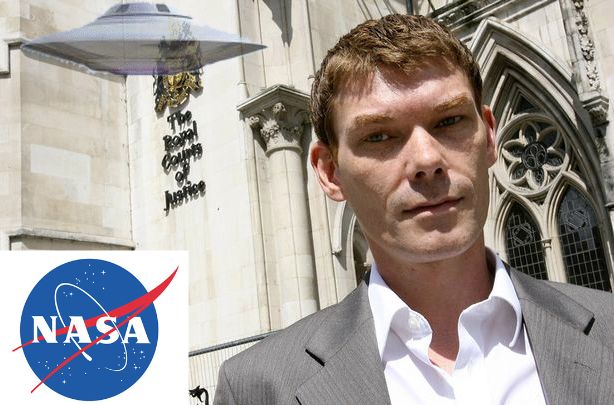 Britain’s Director of Public Prosecutation (DPP) announced today that Gary McKinnon will not face prosecution in the United Kingdom for hacking into the computer systems of NASA, the Pentagon and other government agencies in search of information on UFOs. Keir Starmer QC (DPP) decided that the chances of a succesful prosecution “are not high.” McKinnon claimed to have found photographs, film, and other evidence of alien spacecraft secretly held by various U.S. government agencies. Starmer’s decision follows an earlier decision by British Home Secretary Theresa Mayin October 2012 to block the US extradition efforts. While the US extradition order is still valid and could be activated in other countries if McKinnnon travelled abroad, Starmer’s decision ends McKinnon’s decade long legal nightmare in Britain. McKinnon can now safely reveal anything further that he learned of secret US government knowledge of UFOs and extraterrestrial life.

In his statement Starmer said:

The potential difficulties in bringing a case in England and Wales now should not be underestimated, not least the passage of time, the logistics of transferring sensitive evidence prepared for a court in the US to London for trial, the participation of US government witnesses in the trial and the need fully to comply with the duties of disclosure imposed on the CPS. The prospects of a conviction against Mr McKinnon which reflects the full extent of his alleged criminality are not high.

â€¦ he found a high definition picture of a large cigar shaped object over the northern hemisphere. He said that he was so shocked by the picture that he didnâ€™t think to immediately save it. He also said that the file size was so large that is was difficult to view it on his computer. Eventually his connection was lost, and so was the picture.

When McKinnon later hacked into classified files of U.S. Space Command (incorporated into Strategic Command on October 1, 2002 soon after McKinnon was caught), he discovered a number of naval terms such as “fleet-to-fleet transfers” concerning non-terrestrial officers. He said:

I found a list of officers’ names â€¦ under the heading ‘Non-Terrestrial Officersâ€™. It doesn’t mean little green men. What I think it means is not Earth-based. I found a list of ‘fleet-to-fleet transfers’, and a list of ship names. I looked them up. They weren’t US Navy ships. What I saw made me believe they have some kind of spaceship, off-planet.

McKinnonâ€™s startling discovery cast light on what had been earlier revealed by no less than a former President of the United States: Ronald Reagan. In President Reagan’s Diary, the entry for Tuesday, June 11, 1985 (page 334) reads:

Lunch with 5 top space scientist. It was fascinating. Space truly is the last frontier and some of the developments there in astronomy etc. are like science fiction, except they are real. I learned that our shuttle capacity is such that we could orbit 300 people.

Reaganâ€™s comment was revealing since the recently retired Space Shuttle held a maximum of eight people and only five were built for space flight. Even if all five took off fully loaded it would be impossible to place and maintain 300 astronauts in orbit. Was Reagan revealing the existence of a highly classified space program that could accommodate hundreds of astronauts in orbit? Apparently so, according to dozens of military and corporate whistleblowers. Hidden within one of the nine unified combatant commands of the U.S. military, as McKinnon later discovered, appeared to be a highly classified fleet of aircraft carrier sized ships that operate in outer space.

Now that McKinnon no longer faces the threat of extradition and will not be prosecuted by British authorities, he may be able to reveal more about what he learned from sensitive U.S. military and government computer files about UFOs and extraterrestrial life.

This article is copyright Â© and should not be added in its entirety on other websites or email lists. Permission is granted to include an extract (e.g., introductory paragraph) of this article on websites and email lists with a link to the original.