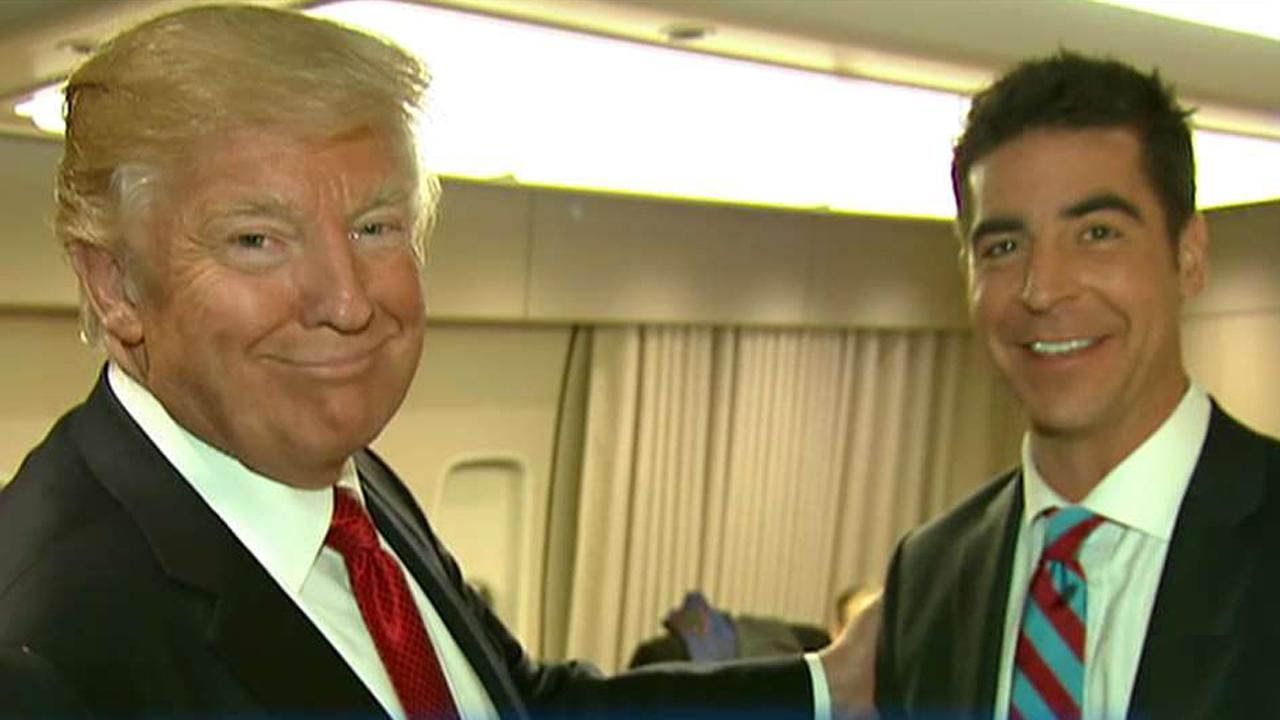 Trump Probably Hasn’t Been Told Anything About Area 51

• Fox News’ commentator, Jesse Watters (pictured above with President Trump), pondered whether President Trump was aware of what goes on at the top secret military base known as ‘Area 51’. On the Fox News show “The Five”, Watters quipped, “I am surprised Trump has not slipped up about Area 51 yet… The man cannot keep a secret. I don’t even think they told him about Area 51.”

• Watters contends that if Trump is privy to knowledge about the base, ‘it is surprising he hasn’t told the public’. Watters noted that Trump is unusually open at campaign events. “He’ll just let it go at a rally,” Watters said. “But if he has kept that secret, I am very proud.”

• Area 51 is a government facility in the Nevada desert near Groom Lake, a salt flat located about 120 miles north of Las Vegas. The site was used during World War II as an aerial gunnery range for Army pilots. In the 1950’s it was converted to an Air Force test site for the U-2, F-117A, A-12 and TACIT BLUE aircraft. In 2013, the CIA acknowledged the base’s existence. Today, Area 51 employees take an unmarked passenger plane from a Las Vegas airport to the classified base.

• A Facebook page is advertising a ‘March on Area 51’ on September 20th at 3 am. The Facebook creator believes “they can’t stop all of us.” Well over one million people have pledged to participate in the invasion.

• While it isn’t exactly known what the base is currently used for, Air Force spokeswoman Laura McAndrews told The Washington Post that Area 51 is where, “we train American armed forces” and “is an open training range for the U.S. Air Force.” She discouraged civilians from visiting the area. “The U.S. Air Force always stands ready to protect America and its assets,” McAndrews added.

Ahead of a Facebook-advertised “storming” of Area 51, Jesse Watters considered whether President Trump has been told about what goes on at the secretive military installation.

If Trump is privy to top-secret information about the base, which has long been a point of discussion for conspiracy theorists who believe the facility holds government secrets about aliens and UFOs, it is surprising he hasn’t told the public, Watters said on “The Five.”

“I am surprised Trump has not slipped up about Area 51 yet,” he joked.

“The man cannot keep a secret. I don’t even think they told him about Area 51.”

The “Watters’ World” host added Trump is often unusually open at campaign events — to a greater extent than past presidents.

On Facebook, a page advertising the purported event went viral over the past week, as more than 1 million users responded they would go to the top-secret military installation on Sept. 20 at 3 a.m., with the creator writing “they can’t stop all of us.”