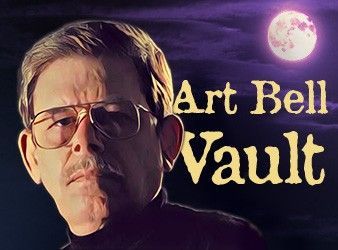 The Art Bell Vault is Unlocked, and It’s Filled With Aliens, Time Travelers, and Bigfoots

• Before the internet and social media, the American culture of high strangeness was confined to AM radio chatter and “B” movies, until the late night “Art Bell Show” aired from 1988 to the mid-1990s, giving birth to Coast to Coast AM. Art Bell’s show included such classics as the 1995 interview with aspiring time traveler ‘Mad Man Marcum,’ who detailed his attempts to build a machine to journey into the past; a guy who discovered a “bottomless hole” in his backyard; a discussion with famed exorcist Father Malachi Martin; and a guy named ‘Bugs’ who claimed to have shot a Bigfoot.

• Bell, who passed away a little over year ago, was the longtime host of his widely syndicated showcase of the weirder sides of our culture. To preserve and celebrate his work, Coast to Coast AM has a curated an archive of some of the show’s best and oddest episodes for fans of all things alien, paranormal, or just good ol’ fashioned strange.

• The Art Bell Vault currently contains 20 ad-free shows in their entirety for Coast Insider members, with the promise of two classic episodes added each week.

It might be difficult to imagine, but there was a time when American culture’s kookier side was confined primarily to AM radio broadcasts and TLC daytime documentary filler—and not, say, disseminated wantonly to millions of people over unregulated social media, thus allowed to grow into an outsized, malignant tumor on the U.S. political body. Ah, a simpler era.

For those yearning for the halcyon days of Weekly World News and “leaked” alien autopsy footage, the folks over at Coast to Coast AM have kept beloved late-night radio oddity curator Art Bell’s legacy alive and well. Bell, who passed away a little over year ago, was the longtime host of his widely syndicated showcase of the weirder sides of our culture. To preserve and celebrate his work, Coast to Coast AM has unlocked the Art Bell Vault, a curated archive of some of the show’s best, oddest episodes for fans of all things alien, paranormal, Sasquatch, and/or just good ol’ fashioned strange.