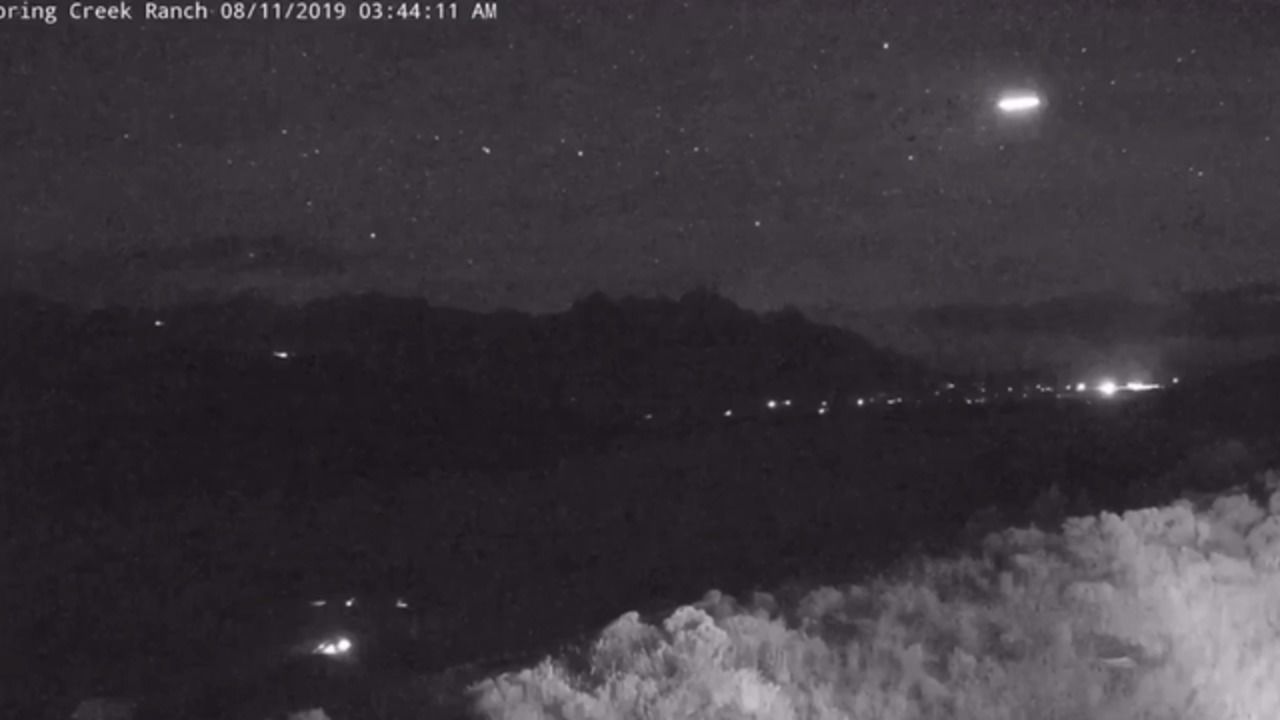 • In the early hours of Monday morning, August 12th, a glowing oval-shaped object was seen slowly traversing across the sky over Jackson Hole, Wyoming during the Perseid meteor shower, leaving experts baffled as to what it was.

• Video footage of the UFO was sent to local news site Buckrail News where the object can be seen slowly moving over the town. As it gets closer to the edge of the screen, its true oval shape becomes clear. The object even appears to flash seconds before it disappears. (see 6:20 minute video below)

• The woman who video recorded the incident told Buckrail that she couldn’t find any records of airplane flights in the area at that time. “It would totally be a plane in my mind if there weren’t a weird, bright flash in the end,” she said. Former Executive Director of Wyoming Stargazing, Samuel Singer, and local photographer Sam Cook said it was a drone. But it doesn’t look like any drone we’ve ever seen.

A bizarre object that was seen over Wyoming during a meteor shower has left experts baffled, with no one able to conclusively say what it is.

The Perseid meteor shower was seen across the globe on August 12 and 13, with sky enthusiasts able to see up to 80 shooting stars every hour.

But it was another mysterious sight in the sky that grabbed the attention of residents of Jackson Hole, in the US state.

In footage sent to local news site Buckrail News , the object can be seen slowly moving over the city in the early hours of Monday morning.

As it gets closer to the edge of the screen, its true oval shape becomes clear.

The object even appears to flash seconds before it disappears.

The woman who caught the sighting told Buckrail that she couldn’t find any records of flights in the area at that time.
And the flash at the end added further mystery to the object.