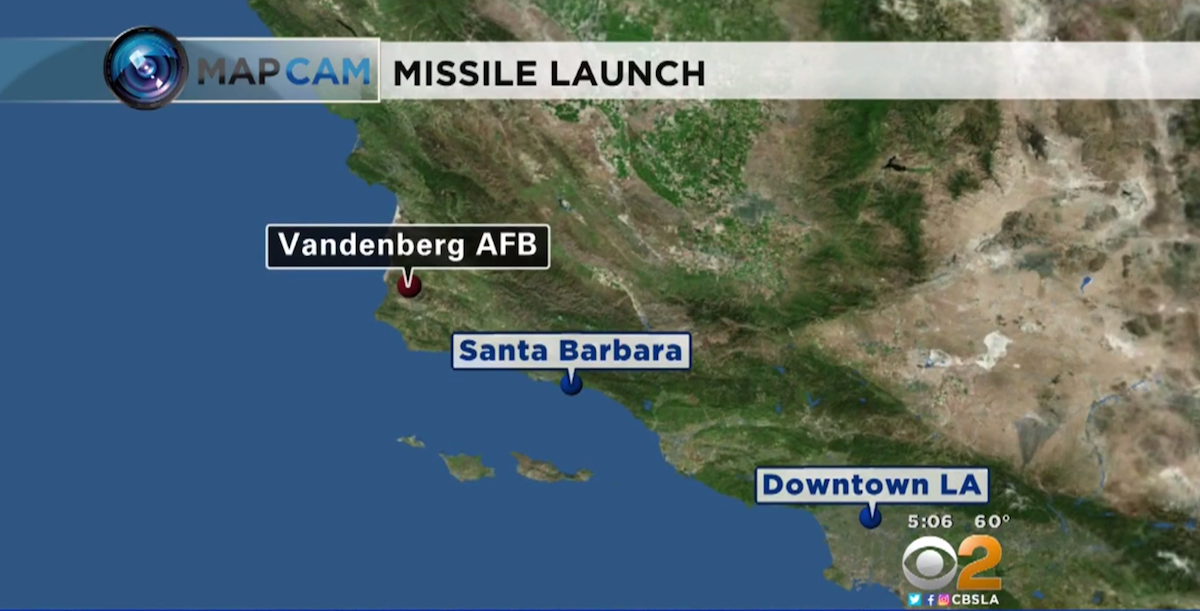 Over the American Base Took a Flight of An Unidentified Object

• On February 8th, a Californian video recorded a cigar-shaped craft floating above the horizon over Lompoc, in the County of Santa Barbara state of California, near the Vandenberg Air Force base near a power grid.

• Does this craft belong to the US military, possibly using secret alien technology? Or is it an extraterrestrial craft meeting with representatives at the Air Force base?  Or is it just a long blimp?

The following video was received on 8 February this year, in the County of Santa Barbara state of California, near the air force base “Vandenberg”, equipped with its own spaceport.

The video shows unidentified flying cigar-shaped object, floating slowly above the horizon. According to the surprised operator, he noticed this UFO by accident and immediately tried to shoot it with the camera of the smartphone.
At first the witness thought it was an ordinary airship, but then the observer realized that’s wrong. The fact that at some point the mysterious object was approaching directly to the top of a hill, where there are pylons. It is obvious that none of the airship will not fly up to the wires so close. But “flying saucers” often where there are powerful electrical like they draw from the grid.