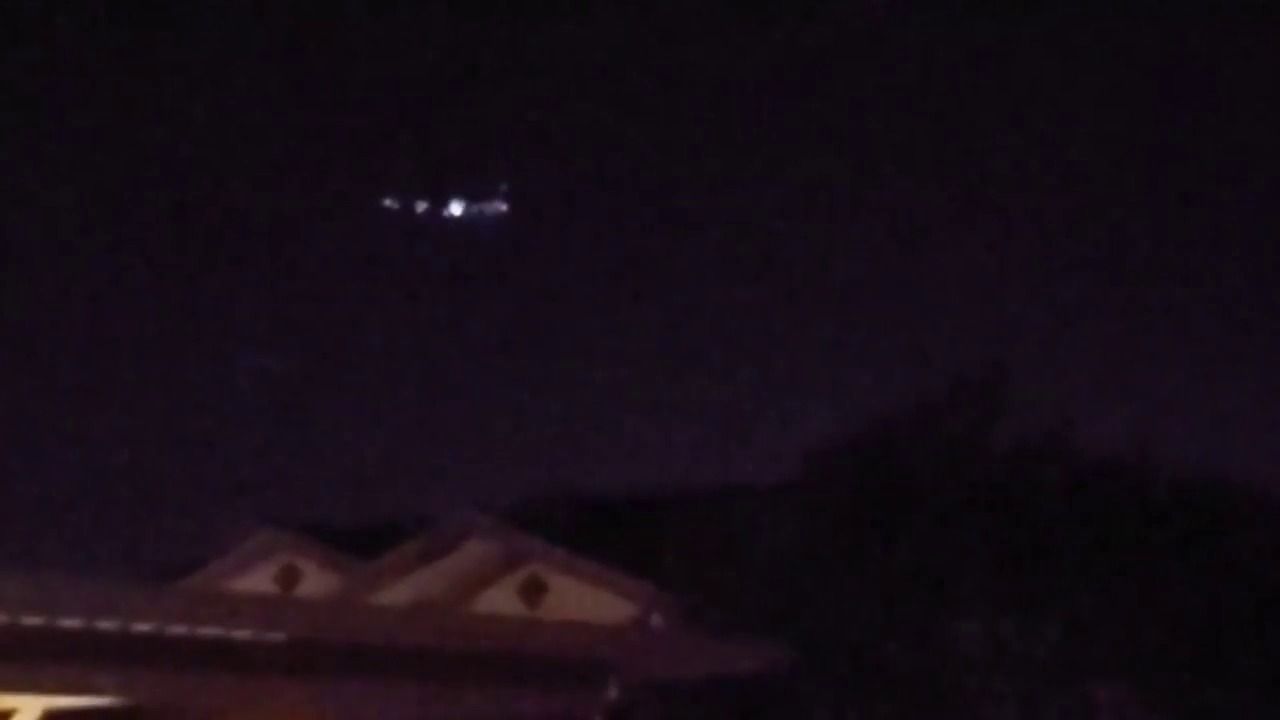 ‘Giant UFO’ Over California Reportedly Seen ‘By More Than 100 Witnesses’

• On October 19, 2019, over 100 people witnessed a UFO hovering over Menifee, California, located inland between Los Angeles and San Diego. The silent UFO sported a vast amount of lights, with the glow leading viewers to think it could be a drone lurking in the clouds. But as the UFO hovered at least 2000 feet high, it could not have been a drone. (By law, drones are not allowed to fly above 400 feet.) And the object hovered at the same height in the sky, so it wasn’t skydivers. ”At one point, the huge UFO was just hovering in the same spot for over five minutes before it speeds off into the night sky,” writes a witness on YouTube.  (see 1:25 minute video below)

• Another YouTuber commented: “The world is gonna get a big wake up call!”

The internet has of late been in a frenzy over a weird object hovering above the small California town of Menifee. Footage that first emerged on YouTube on 3 December, despite originally being shot on 19 October, sported a vast amount of lights, with the glow leading viewers to think it could be a drone lurking in the clouds.

The assumption, however, was instantly dismissed taking into account the above average height it flew at, equal to “2,000ft in the air”.
On top of that, the object seemed to be silent, stuck on the horizon without changing its position, making conspiracy theorists likewise rule out skydivers.

In the caption to the video, the uploader claims the object, which many deemed to be some stealth craft, had seen by “over 100 witnesses”.

“Whatever it is it’s Not a CGI hoax. Difficult to tell if All the lights are connected to one object”, another suggested.

“At one point, the huge UFO was just hovering in the same spot for over five minutes before it speeds off into the night sky”, uploader UFOS & Aliens Santana wrote, while another suggested that if so, “then that is impressive footage”.

Users appear to be taking the perfectly realistic craft video seriously: “I’m sharing this!.. Ufo activity is increasing so fast! The world is gonna get a big wake up call!” one exclaimed, whereas a second left some room for a bit of irony: