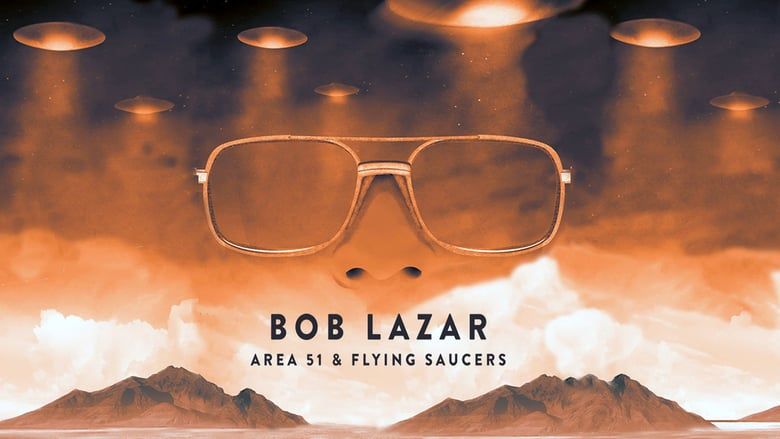 • In 1989, a young scientist working at the top secret Area 51 in Nevada told CBS affiliate KLAS News in Las Vegas that the US government had recovered and were analyzing numerous alien spacecraft at the even more secret S-4 base near Area 51. His name was Bob Lazar. It made global headlines and put Area 51 on the cultural map. Jeremy Corbell tells the story from a perspective of 30 years in his Netflix documentary, Bob Lazar: Area 51 & Flying Saucers.  (see 1:37 minute trailer below)

• Lazar claimed there were nine UFOs at the facility, some of which were operational. He had been hired at S-4 to “back-engineer” the propulsion systems. Powered by Element 115 — which at the time had never been synthesized in a lab — these UFOs allegedly had an antimatter generator that created gravity waves and manipulated the space-time continuum.

• Bob Lazar’s story has not changed in 30 years. To his supporters, family and friends who know him best, Lazar has always been telling the truth. Others refute Lazar’s story and his veracity.

• When Lazar first cited Element 115 in 1989, mainstream science had never heard of it. But in 2003 the element was synthesized, added to the periodic table, and later named Moscovium.

• Lazar also says in the film that these UFOs flew “belly-up”, with the ‘bottom’ of the craft pointing at its destination. Recent Navy footage shows UFOs flying exactly as Lazar described: tilted at an angle, rotating, emitting no exhaust, and maneuvering in ways that violate the laws of physics.

• The biggest questions hanging over Lazar concern his pre-UFO past. He claims to have studied at Caltech and MIT. He said his job before S-4 was with the Los Alamos National Laboratory. But investigators could find no record of Lazar at either of the schools or the facility. Lazar says his whistle-blowing led to the government scrubbing him from existence. But wouldn’t he still have physical evidence – diplomas, photos, correspondence, the names of professors or other students and colleagues?

• Investigative reporter George Knapp, who broke the story in 1989 and continues to publicly defend Lazar, found an old phone directory from Los Alamos that listed him. There were also newspaper stories that identified Lazar as a Los Alamos scientist. And some classmates and colleagues have since come forward.

• For decades, the US government’s position on UFOs was blanket denial. But that deep freeze is starting to thaw. The Navy recently issued guidelines for pilots to report sightings, free of stigma and judgment. Congress was recently given a classified briefing on the subject. And U.S. President Donald Trump, to his credit, has been forthright in acknowledging unexplained encounters.

• If Lazar is a hoaxster, as many claim, what did he actually get out of this whistle-blowing? He certainly hasn’t profited. He’s mostly shunned the spotlight and attempted to distance himself from UFOs while coping with relentless attacks on his character and credibility. Still, all these years later there is no persuasive evidence that he is lying. But what if Bob Lazar is telling the truth?

• [Editor’s Note]   In response to the Netflix documentary, Dr. Eric W. Davis has been quite outspoken in denouncing Bob Lazar. In a November 2018 conversation with writer, Joe Murgia on George Knapp’s public Facebook page promoting the Lazar documentary, Eric Davis had this to say about Lazar: “[I]t is impossible for Lazar to have any Muscovite isotope in his house nor the gigantic particle accelerators that produced it via the collisions of other large atoms.” (Which Lazar purported to have built.) “… unless the house or their entire property is dozens of square miles in size.” (see Joe Murgia’s article here from www.ufojoe.net)
• Dr. Davis went on to say, “[A] Roadrunner (who ran programs at Area-51 for Los Alamos) told me that he knew Lazar’s female supervisor at Area-51 and had her pull up his personnel file. Lazar worked as a radiation health monitor in the unsecured logistics contractor facility outside of Area-51, so he was never inside that site, and he never held security clearances because he didn’t need them to work in an unclassified area. Lazar made up his entire cockamamie story about the UFO that he saw in a building inside Area-51. He was never exposed to any classified information, facilities, or programs in his work area.”
• “It was impossible for Lazar to do Ph.D. level work at (Los Alamos National Lab),” writes Dr. Davis, “because he only had a high school education with a C average grade, thus he had no education or training to be a scientist. He did not take high school physics. His job was radiation health monitor which did not require security clearances so he did not get access to Area-51 since his workstation was at the off-site logistics support facility which is unclassified. He’s also a convicted felon in the state of Nevada.”
• Dr Davis is an astrophysicist with Austin-based EarthTech International and is affiliated with Tom DeLonge’s “To The Stars Academy”, which some including Dr. Michael Salla have labeled a “limited hangout” effort, influenced by the Deep State government to only disclose a threshold of information on the vast UFO and extraterrestrial presence. Dr. Davis was also a central figure where it was recently revealed that in 1997, Vice Admiral Thomas Wilson, who was the Deputy Director of the Defense Intelligence Agency and Vice Director for Intelligence for the Joint Chiefs of Staff at the time, was flat out denied access to the admitted reverse-engineering of an extraterrestrial craft by a US defense contractor. (see Exoarticle here)
• Stanton Friedman is another critic of Bob Lazar. In a 1997 article on Lazar (see article here), Friedman wrote: “(Lazar) was publicly asked when he got his MS from MIT. He said “Let me see now, I think it was probably 1982.” Nobody getting an MS from MIT would not know the year immediately. He was asked to name some of his profs, He said: “Let’s see now, Bill Duxler will remember me from the physics department at Caltech.” I located Dr. Duxler. He’s a Pierce Junior College physics prof, and never taught at Caltech. Lazar was registered in one of his courses at the same time Lazar was supposedly at MIT! Nobody who can go to MIT goes to Pierce JC, not to mention the rather long commute between LA and Cambridge, Mass.” Later, Friedman would confirm that Lazar would, in fact, go on to work at the Los Alamos National Labs in an unknown capacity, and that this would have required a security clearance just to get inside the building.

The most chilling part of Bob Lazar’s story is that it has not changed in 30 years.

The scientist first made global headlines in 1989 with allegations that were truly out of this world: the U.S. government had recovered alien spacecraft and were analyzing the vessels at a top-secret base in Nevada, close to Area 51.

It was like hearing a whistleblower claim there was a clandestine cistern near Sea World that contained the Loch Ness Monster. Equally unsettling was the matter-of-fact manner in which Lazar detailed his astonishing claims.

In total, Lazar said there were nine UFOs, some of which were operational. He had been hired at the S-4 facility to “back-engineer” the propulsion systems, which were unlike anything on Earth. Powered by Element 115 — which at the time had never been synthesized in a lab — these UFOs allegedly had an antimatter generator that created gravity waves and manipulated the space-time continuum.

The interviews Lazar did that year with KLAS, a CBS affiliate in Las Vegas, ricocheted around the world, put Area 51 on the pop-cultural map and cemented his status as one of the most polarizing figures in the realm of ufology.

To his supporters, including the family and friends who know him best, Lazar was telling the truth then and he’s telling it now. To critics, including some who otherwise believe aliens are real, Lazar was a terrestrial liar.

But the milestones, big and small, are definitely intriguing.