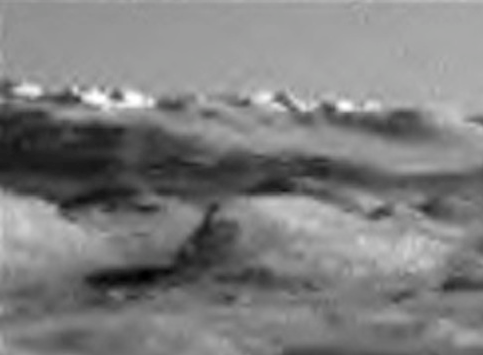 NASA’s Curiosity Rover has again transmitted intriguing pictures from the surface of Mars. On April 9, a photo was discovered that appears to show a set of buildings on top of a hill. On Earth, such building locations typically indicate strategic planning to give optimal views of the countryside to protect the inhabitants from attack. Did the Curiosity Rover photograph buildings on Mars that make up a base of unknown origin? If so, the buildings appear to have been constructed for strategic purposes in a Martian terrain that is hospitable to surface life contrary to what NASA has informed the public about Mars atmosphere.

The photo was uploaded in a YouTube video by an anonymous user, Streetcap1. The source for the photo is NASA’s JPL website. It would be a simple matter for the Curiosity Rover to travel to investigate the strange structures. Yet this is very unlikely according to UFO Sightings Scott Waring who wrote in a blog post today:

This discovery was made by Streetcap1 of Youtube. He found some structures on a hill in one of the Mars Curiosity rover photos. Look at the above photo and pay special attention to the white shiny walls on top of the hill. The walls are white on one side due to reflection and dark shadowy on the other side due to the suns angle. Is NASA trying to move the rover away from these obstacles to prevent the public from learning about life on Mars? SCW

According to NASA, Mars atmosphere is 95% carbon dioxide with only a trace amount of oxygen 0.13% – not enough to sustain life on Mars. Yet a series of Curiosity Rover photos have shown what appear to be small animals such as squirrels, lizards and ducks on Mars. If the Rover images do show such animals surviving on the Martian surface, then Waring is correct that NASA is actively preventing “the public from learning about life on Mars.”

The latest Curiosity Rover photo follows another released on April 3 that appeared to show an artificial light on the Mars surface. Media interest grew quickly forcing NASA scientists to publicly explain it. NASA’s explanation of a “vent-hole light leak” or a “glinty rock” was widely ridiculed.

On April 8, testimony was released by a whistleblower who alleges that a military base exists on Mars with the goal of protecting five human colonies from indigenous Martian life. He claims to have served on the military base for 17 years. Fantastic as such claims seem given what is officially known about Mars atmosphere, the latest Curiosity Rover photo showing what appear to be buildings, does make claims of secret military and civilian bases on Mars plausible. Further Curiosity Rover images showing small animal life forms along with strange lights on the Martian surface serve as further evidence of life existing on Mars surface, and of NASA actively covering this up.

Strange light appears on Mars: evidence of an underground base?
Squirrel on Mars photo goes mainstream – evidence of Martian life?
Is that a lizard on Mars – why is NASA silent?
1976 life on Mars controversy resurrected in new scientific report
More evidence of life on Mars?
Total
0
Shares
Share 0
Tweet 0
Pin it 0
Share 0