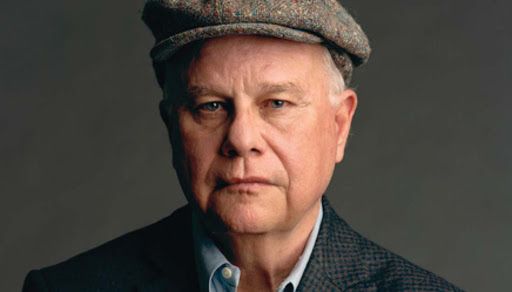 • San Antonio native Whitley Strieber (pictured above), the author of the 1987 New York Times’ nonfiction bestseller Communion: A True Story, has published a new book entitled: A New World. This article’s writer calls it “the most deeply insightful and powerfully provocative book of his extensive literary career”.

• In A New World, Strieber eloquently explains the most essential lessons he has learned from his continuous efforts to communicate with and understand his other-worldly “visitors”, impelled by a great sense of urgency about the fate of humanity, and the Earth. The book intends to make accessible the mysteries of the UFO phenomenon for the benefit of humanity in these perilous times.

• Much has changed over the past few decades in terms of media coverage of UFOs and the attitudes of many top military, intelligence and other leaders towards UFOs. The New York Times articles about federal funding of UFO research, with sightings and videos of extraordinary vehicles by Navy pilots have gone viral. Academic scholars from prestigious universities have undertaken serious studies of paranormal phenomena. Jeffrey J. Kripal’s introduction in the book contains a stinging indictment of the materialist worldviews that still dominate academic discourse in our day.

• In A New World, Strieber balances his narrative between the “real world” social and political implications of regarding UFOs and the visitors as real, and the inner, spiritual dimensions and demands of contact. His sustained communication with his ET visitors have turned his initial horror into pure amazement, inspiration and awe.

• Strieber shares keys to how he has opened locked spiritual doors. He explains his meditative method for making conscious contact with his ET visitors. During a visit to a Lakota Sioux reservation, he was shown the landscape of another parallel world. Strieber provides insights on the nature of his visitors’ relationship with time and their desire to communicate and interact with humans.

• Strieber asserts that our best defense in establishing contact is to develop a strong soul through exercising compassion and living a truthful, blameless life. Strieber nourishes the hope that we can evolve as a species into a state where we are stronger, more conscious human beings able to overcome the challenges that threaten our survival.

San Antonio native Whitley Strieber and his stories of encounters with extraordinary beings — and their vehicles that reportedly defy the laws of gravity — are deeply interwoven into the fabric of the Alamo City.

Strieber’s stories of attending classes with other local children in a nocturnal “secret school” in the Olmos Basin — not to mention the accounts of anomalous events in Terrell Hills and Alamo Heights that I have received from interviews with his childhood friends and others — have grown to become the stuff of local, national and indeed international legend.

Now, after more than three decades of what he calls his contact, conversation and communion with the beings he simply refers to as visitors, Strieber has written the most deeply insightful and powerfully provocative book of his extensive literary career, “A New World.”

In 13 captivating chapters, Strieber eloquently explains the most essential lessons he has learned from his continuous efforts to communicate with and understand his visitors, impelled by a great sense of urgency about the fate of humanity, and the Earth.

“A New World” is arguably the most well-informed, authoritative and readable book yet written with the intention of making accessible the mysteries of the UFO phenomenon for the benefit of humanity in these perilous times.