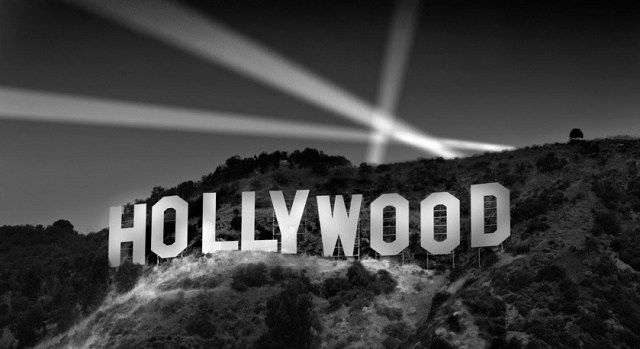 12 Celebrities Who Say They Believe in Aliens or UFOs

• Tom Cruise – The actor says,“Millions of stars, and we’re supposed to be the only living creatures? No, there are many things out there, we just don’t know.”

• Keanu Reeves – The actor says, “I think it more likely than not [that aliens exist]. The cosmos is a pretty big place.”

• Dwayne “The Rock” Johnson – The action star says, “I believe that we’re not the only ones; it’d be arrogant to think that.”

• Halle Berry – The actor says, “I don’t believe we are the only species in existence. It might take us 20 years to get to those other life forms, but I think they are out there.”

• Alicia Keys – The pop star says she believes aliens exist and she thinks that there are already some on earth.

• Jaden Smith – The young actor and son of Will Smith talked to President Barack Obama about aliens and left the meeting a full-on believer. “If people think we’re the only people that live in this universe, then something is wrong with them.”

• Gigi Hadid – The model says that both she and boyfriend Zayn Malik believe in the existence of aliens.

• Nick Jonas – The pop star says, “When I was 14, I was in the backyard playing basketball with some of my friends and I looked up in the sky, and there [were] three flying saucers.” “So I’m a firm believer in aliens.”

• Demi Lovato – The pop singer says, “I know that (aliens) are real.” “I believe that there could possibly be mermaids, which is actually an alien species that lives in parts of the Indian Ocean which we have never explored before.”

• Kesha – The pop star says that she had a UFO sighting while in the desert. “Those are f*cking aliens. They were spaceships.”

• Nicole “Snooki” Polizzi – The “Jersey Shore” star says, ”They’re real. We’re not the only planet with civilisation.” “Aliens are real.”

Some celebrities stand by the belief that other forms of life exist somewhere in the universe and some have even had encounters with UFOs. And they’re not the first ones to believe something’s out there – according to Science News, curiosity about other possible life forms has existed since medieval times.

Here’s a list of celebrities who have publicly stated their belief in aliens or the existence of other life forms.

Nicole “Snooki” Polizzi has talked and tweeted about her beliefs. In 2013, the “Jersey Shore” star confirmed her beliefs in an interview with Celebuzz.”They’re real. We’re not the only planet with civilisation,” she said. That same year she also tweeted,“Aliens are real.”

Katy Perry wrote a song about aliens.  Katy Perry’s song “E.T.” is all about extraterrestrials and it’s not the first time she’s spoken about other life forms. In 2011, the singer tweeted about her belief in aliens. She wrote that she believes in ghosts, too, but she believes in aliens more.

Tom Cruise has been open about his beliefs. According to CNN, the actor once firmly stated that he believed aliens to be real. “Millions of stars, and we’re supposed to be the only living creatures? No, there are many things out there, we just don’t know,” he said.

Alicia Keys believes that there are aliens among us. In an interview with BuzzFeed, Keys said she believes aliens exist and she thinks that there are already some on earth. “I’m sure you’ve seen a UFO,” she added. “Haven’t all of us seen something flying in the sky, and it’s at some random time of night that doesn’t make sense and it’s not the shape of a plane?”

Jaden Smith said he talked to President Barack Obama about aliens. Smith was able to sit down with the then-president to talk about the existence of aliens – and Smith left the meeting a full-on believer. “I talked to President Obama about extraterrestrials. He said he could neither confirm nor deny the existence of aliens, which means they’re real,” Smith told Wonderland magazine. “If people think we’re the only people that live in this universe, then something is wrong with them.”