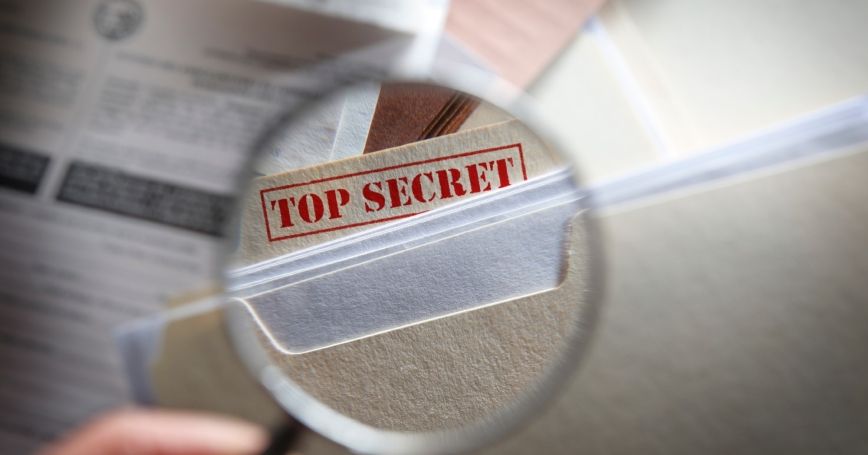 The Real Reason the US Government is So Secretive About UFOs

Listen to “E207 The Real Reason the US Government is So Secretive About UFOs” on Spreaker.

• Is the government behind a conspiracy to cover up the proof of alien visitation to Earth? Is the government in cahoots with alien species? Why do our politicians like Presidents George W. Bush and Barack Obama make joking non-denials when asked about UFOs? Why does the military brass maintain its secrecy about UFOs?

• The Pentagon is concerned about UFOs appearing in the vicinity of nuclear weapons and reactors: on faraway Navy aircraft carriers where they often encounter Navy jets in the air; on Navy submarines deep in the oceans; and on Air Force nuclear weapons bases. As reported by UFO researcher Robert Hastings, UFOs have shut down nuclear weapons systems at U.S. and Soviet Union/Russian nuclear sites. This interference by UFOs has occurred since the (atomic bomb testing of the) Manhattan Project at Los Alamos, New Mexico. Has humanity’s perfection of nuclear energy piqued someone or something’s curiosity in us?

• There is no indication that UFOs are hostile or that these UFOs are all coming from the same place. On the contrary, UFOs appear to be quite friendly unless provoked. But the demonstrated capabilities of UFOs – intelligently operated, instantaneously reaching hypersonic speeds; anti-gravity technology; cloaking technology rendering them invisible – makes the capabilities of the US military, and every other military on Earth, look like an absurd joke in comparison. If they intended to harm us, we wouldn’t stand a chance.

• It is clear that civilian and military government agencies maintain active UFO research programs, and even have meta-material from crashed UFOs in its possession. The Pentagon may want to keep what they know of UFOs and their advanced space-time technology a secret so that Earthly adversaries such as China and Russia do not gain this knowledge to use against us. So there are indeed some in the US government who know about UFOs, but don’t know how to deal with them.

• It is we the public that needs to keep pushing the issue. It will take time, but we’ll get to the truth eventually. After all, UFOs keep popping up. Considering their ability to cloak, it is apparent that they want to be seen by us.

Two years ago Sunday, the New York Times broke the stunning story of a secret Pentagon program to study unidentified flying objects. That story led me to delve into this strange world. I’ve learned some interesting stuff about UFOs (“unidentified aerial phenomena,” or “UAP,” as the Pentagon refers to them) since then. But there’s one problem.

The United States government makes it very hard to figure out what and where UFO-related stuff is going on.

Perhaps, but I suspect not.

What I believe is really going on here is that the few individuals in the U.S. government who know about this issue believe the phenomena might be a threat. And that they don’t know how to deal with it.

So, what informs the government’s fear?

Well, first off, the nuclear issue.

If you ask a Pentagon representative about a specific UFO incident, as I did most recently last week, you’ll get a boring response like: “Our aviators train as they fight. Any intrusions that may compromise the security of our operations, tactics, or procedures is of great concern. As the investigation of unidentified aerial phenomena sightings is ongoing, we will not discuss individual sighting reports or observations.”

Because the government’s assessment, though they won’t admit it, is that the UFOs are popping up near the aircraft carriers due to those carriers being nuclear-powered. Note also that UFOs also like to pop up near nuclear submarines and Air Force nuclear weapons bases. Now recognize that this paradigm has been occurring since the Manhattan Project operations at Los Alamos, New Mexico, and also at nuclear sites in the Soviet Union and Russia.

Oh, and as Robert Hastings documents, these UFOs have sometimes even temporarily shut down U.S. nuclear weapons systems. Interesting, right?