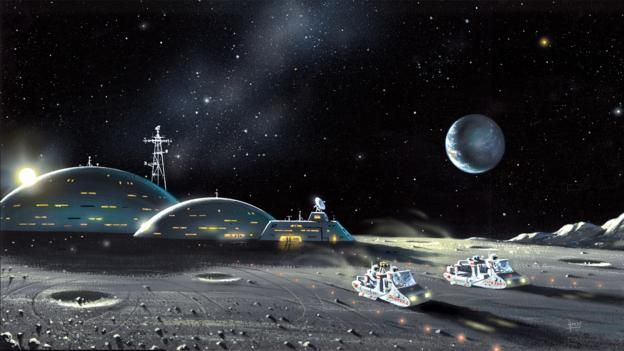 • In March 2019, Vice President Mike Pence directed NASA to return to the Moon by 2024. Since then, NASA has been working on a plan to accomplish this using existing technology, large projects nearing completion, and commercial rockets. The first draft of this unofficial “Artemis Plan” reveal a human landing in 2024, annual sorties to the lunar surface, and the construction of a Moon base beginning in 2028. It involves 37 launches of private and NASA rockets, and a mix of robotic and human landers. This plan is everything Pence asked for—an urgent human return, a Moon base, a mix of existing and new contractors.

• NASA’s projected cost for this program is $6 billion to $8 billion per year on top of NASA’s existing budget of about $20 billion. NASA administrator Jim Bridenstine has asked for an additional $1.6 billion in fiscal year 2020 to jump-start its lander development. Due to its massive cost, an international partnership will be needed to sustain this plan. The White House has proposed paying for the lunar project with a surplus in the Pell Grant Reserve Fund (provided to low-income college students). But this appears to be a non-starter with House Democrats.

• Boeing has been working on the core stage of the Space Launch System for eight years. The three-stage, reusable lunar lander envisioned by NASA to get humans to the lunar surface will require new, upgraded engines and control systems, including fuel management. It is uncertain that Boeing will be able to deliver an SLS core stage in 2020, then again in 2022, and then six more between 2024 and 2028, according to this ambitious plan.

• Funding for the lunar program is a harsh political reality. Will Congressional Democrats insist that NASA funding may only come from Department of Defense funds earmarked for Space Force? And what if Trump is not re-elected in 2020? Will a new administration pursue a lunar program that has barely gotten off the ground? Or will it pivot toward a lower-cost space program that makes extensive use of the new private space industry?

• If the funding issues are resolved, this NASA plan could take us back to the Moon. But it probably won’t happen by 2024. A more realistic date would be 2026 at the earliest, say sources inside NASA.

In the nearly two months since Vice President Mike Pence directed NASA to return to the Moon by 2024, space agency engineers have been working to put together a plan that leverages existing technology, large projects nearing completion, and commercial rockets to bring this about.

Last week, an updated plan that demonstrated a human landing in 2024, annual sorties to the lunar surface thereafter, and the beginning of a Moon base by 2028, began circulating within the agency. A graphic, shown below, provides information about each of the major launches needed to construct a small Lunar Gateway, stage elements of a lunar lander there, fly crews to the Moon and back, and conduct refueling missions.

This decade-long plan, which entails 37 launches of private and NASA rockets, as well as a mix of robotic and human landers, culminates with a “Lunar Surface Asset Deployment” in 2028, likely the beginning of a surface outpost for long-duration crew stays. Developed by the agency’s senior human spaceflight manager, Bill Gerstenmaier, this plan is everything Pence asked for—an urgent human return, a Moon base, a mix of existing and new contractors.

One thing missing is its cost. NASA administrator Jim Bridenstine has asked for an additional $1.6 billion in fiscal year 2020 as a down payment to jump-start lander development. But all of the missions in this chart would cost much, much more. Sources continue to tell Ars that the internal projected cost is $6 billion to $8 billion per year on top of NASA’s existing budget of about $20 billion.

The plan also misses what is likely another critical element. It’s not clear what role there would be on these charts for international partners, as nearly all of the vehicles could—and likely would—come from NASA or US- based companies. An international partnership, as evidenced by the International Space Station program, is likely key to sustaining a lunar program over the long term in the US political landscape.

Although the plan is laudable in that it represents a robust human exploration of deep space, scientific research, and an effort to tap water resources at the Moon, it faces at least three big problems.

The first issue is funding and political vulnerability. One reason Bridenstine has not shared the full cost of the program as envisioned is “sticker shock” that has doomed other previous efforts. However, if NASA is going to attempt a Moon landing with this specific plan—rather than a radical departure that relies on smaller, reusable rockets—the agency will need a lot more money.

So far, the White House has proposed paying for this with a surplus in the Pell Grant Reserve Fund. But this appears to be a non-starter with House Democrats. “The President is proposing to further cut a beneficial needs-based grants program that provides a lifeline to low-income students, namely the Pell Grants program, in order to pay for the first year of this initiative—something that I cannot support,” House science committee chairwoman Eddie Bernice Johnson has said.

Congress is also not going to give NASA an unlimited authority to reprogram funds, with an apparently open-ended time frame, which Bridenstine has sought.

A second problem is that NASA’s current plan relies on its contractors to actually deliver hardware. Boeing’s work on the core stage of the Space Launch System is emblematic of this problem. The company has been working on the core stage for eight years, and it is unlikely to be ready for flight before another year or two. Boeing’s management of the contract has been harshly criticized by NASA’s Inspector General. After all this, can Boeing be counted on to deliver an SLS core stage in 2020, then again in 2022, and six more between 2024 and 2028?