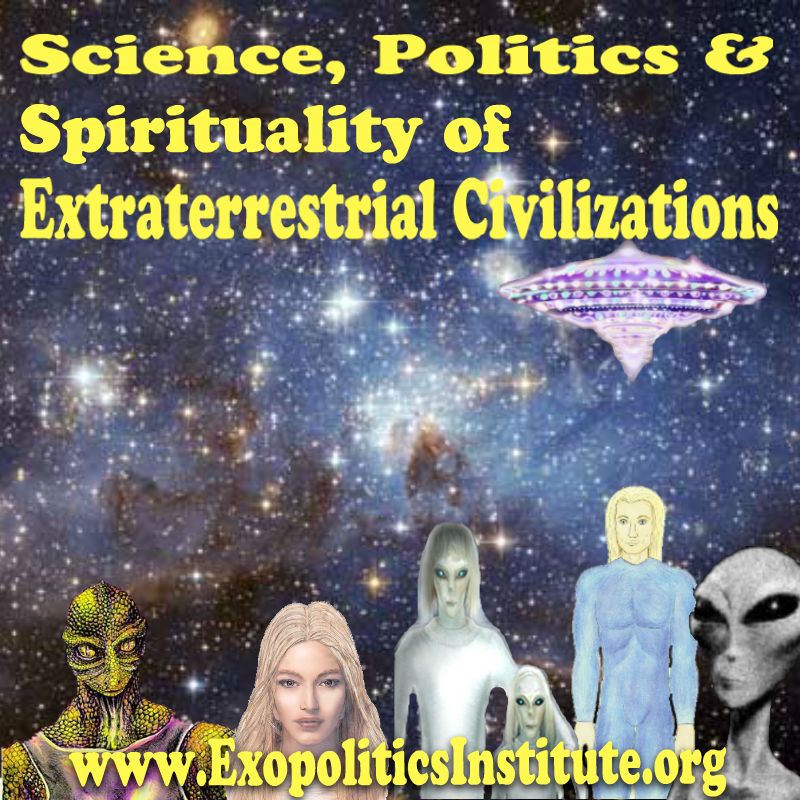 The discovery of exoplanets in the habitable regions of their suns, according to the worldâ€™s leading astrophysicists, makes the existence of extraterrestrial life an almost foregone conclusion. Astronomical observations of exoplanets has stimulated scientific conferences questioning, for the first time, the societal and political implications of intelligent life existing somewhere in the far reaches of space. Two conferences at the Royal Society in 2010, for example, brought together some of the worlds leading scientists to discuss issues such as which international organization would take the lead in representing humanity in contactâ€“ the United Nations? According to astrophysicists such as Stephen Hawking,extraterrestrials would most likely be predatory in nature and the best response to contact would be to equip the worldâ€™s military to defend humanity.

For others, convinced that extraterrestrials have been visiting humanity since the dawn of the nuclear age, scientists are late comers to the party. A host of whistleblowers, experiencers and government documents have revealed, according to UFO and â€œexopoliticsâ€ researchers that extraterrestrials are already here. Not only have extraterrestrials been silently watching us, but advanced technologies have been developed to monitor, intercept and even shoot down their spacecraft. All this has been done secretly for national security reasons if the evidence is to be believed. Â So what would extraterrestrials be like? What would be their science, politics and spirituality?

There have been a few ad hoc attempts to answer such questions. As far as the astrophysics/astrobiological community is concerned, there have been conferences by the Royal Society and the Pontifical Academy of Sciences which tackled some of these questions. In a conference preceedings paper, the Royal Society’s Dr Martin Dominik and Prof John C. Zarnecki endorsed studying the societal aspects of any discovery of extraterrestrial life. They stressed the importance of determining the possible motivations of extraterrestrial life:

The detection and further study of extra-terrestrial life will fundamentally challenge our view of nature, including ourselves, and therefore the field of astrobiology can hardly be isolated from its societal context, including philosophical, ethical and theological perspectives. With the detection of extra-terrestrial life being technically feasible, one needs to address whether perceived societal benefits command us to search for it, or whether such an endeavor may rather turn out to be a threat to our own existence

An upcoming online course on astrobiology asks at the end of a five week program: â€œWhat are the possibilities for intelligent life elsewhere? How would we deal with contact with an extraterrestrial intelligence and what would be the impact on society? Who would represent Earth?â€

Kakuâ€™s and Kardashevâ€™s analyses, predictably exclude the extensive but controversial body of evidence examined by UFO/expolitics researchers that extraterrestrials are visiting us now.Â  This is understandable if not without criticism by those seriously investigating such evidence. The astrophysics/astrobiological community only accepts data that can be scientifically tested and replicated in a way that leaves no doubt as to its veracity and of any conclusions drawn. Evidence that extraterrestrials are currently visiting us cannot be so tested and replicated according to normal scientific protocols; since it is subject to controversy, missing key data, government denial, witness accuracy, etc. However, what if the excluded evidence could tell us something about the politics and spirituality of extraterrestrials that could be matched up with the best scientific speculations over their science? Wouldnâ€™t it be worth examining such evidence even if it wasnâ€™t conclusive? There have been attempts to do so.

The Science, Spirituality & Politics of ET Civilizations from Michael Salla on Vimeo.

For those wanting to dive deeper into the available literature and evidence concerning extraterrestrial science, politics and spirituality, then I recommend the following online course (click here) which starts on September 10, and is offered through the Exopolitics Institute. The first lecture is free and open to the public (register here).

The discovery of exoplanets has already transformed the astrophysics and astrobiological communities with physical evidence that the Earth is not the only habitable planet in our galaxy. If life can â€œspontaneouslyâ€ develop here, then it could do so anywhere â€“ perhaps on one of the exoplanets already discovered. Over time, intelligent life would evolve and like humanity, develop a keen interest in visiting other worlds. Learning a little about what extraterrestrial science, politics and spirituality could be like is a wise move even for those still skeptical that intelligent alien life exists.