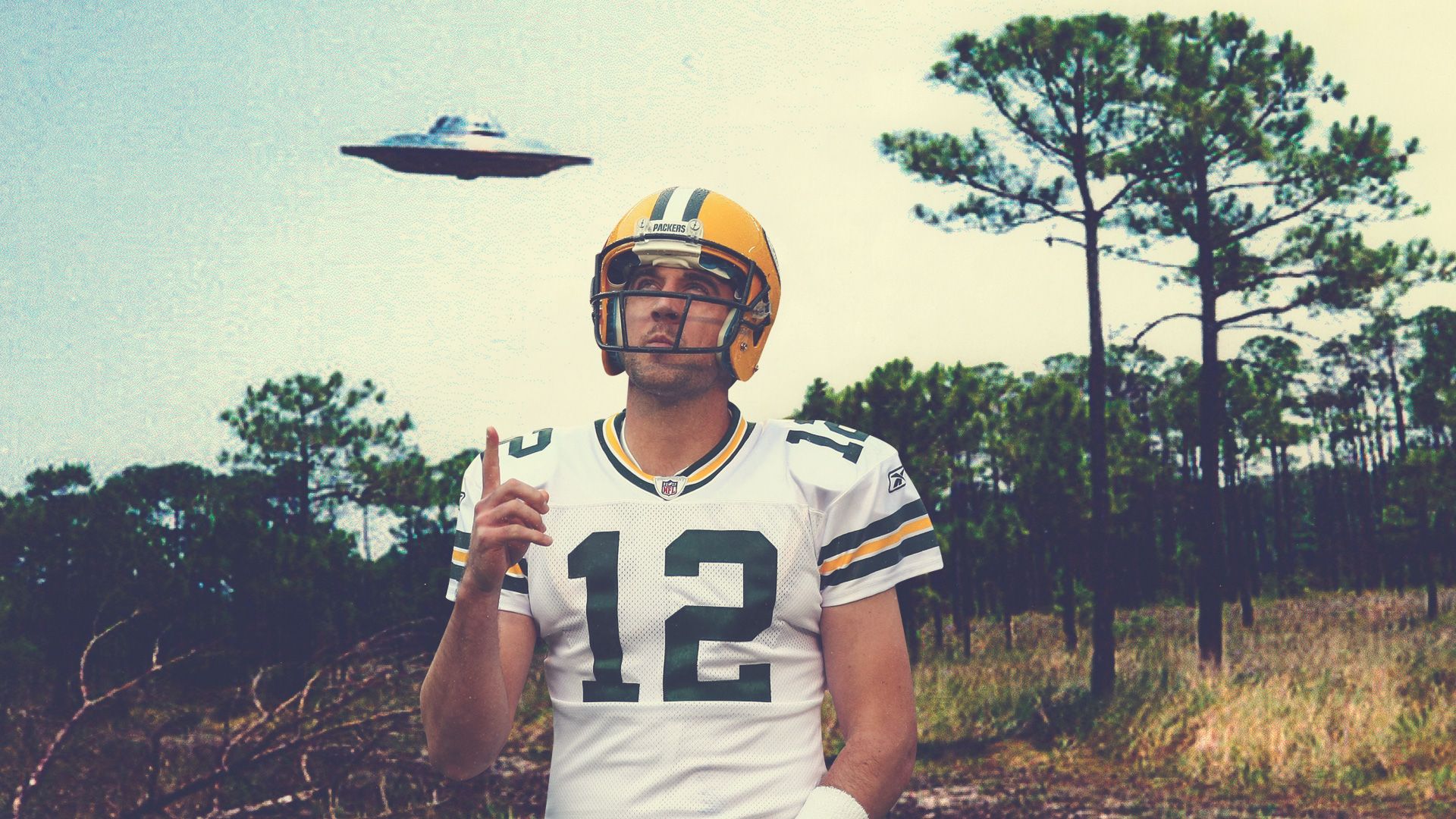 Things We Learned About Aaron Rodgers From Danica Patrick’s Podcast

Listen to “E216 Things We Learned About Aaron Rodgers From Danica Patrick's Podcast” on Spreaker.

• In August, (former professional race car driver) Danica Patrick launched her podcast, Pretty Intense. So it was widely anticipated that she would interview her boyfriend, Green Bay Packers’ quarterback Aaron Rodgers, which she did on December 26th. Among the topics discussed was Rodgers’ UFO sighting.

• Rogers related that in early 2005, he was with a friend in New Jersey when they heard an alarm and went outside. Says Rodgers, “In the sky, we saw something moving through the clouds. The only reference that makes sense for people who have seen Independence Day is that scene when the spaceship is coming through the atmosphere, and the airplane’s coming toward it, and it’s just kind of a moving orange object. That’s what it was in the sky.”

• While the UFO was not moving at a high speed, Rodgers was struck by how large it was – “like a 747”. He said “it was unnatural, 100 percent”… not like anything he’d seen before.

• “This was tremendous size and moving left and right, glowing orange like fire, and we were just all frozen,” said Rodgers. “It was me, my buddy and his brother just frozen. Then it goes out of sight, [and we] kind of look at each other like, ‘What in the hell was that?’ And then nobody spoke. … “Before we could say anything… fighter jets … four of them, and then nothing. Turn the news on, nothing. Check the papers the next day, nothing.”

• Rodgers said that the alarm they heard was from a nearby nuclear power plant where, he learned, a number of UFO sightings have occurred.

• Either way, Rodgers and Patrick acknowledged they both definitely believe there is more life in the universe beyond Earth because “it’s not logical to me” (that humans would be alone in the universe).

Danica Patrick officially launched her podcast, Pretty Intense, back in August, and it’s featured a wide range of guests. But no one’s appearance has been more highly anticipated than Aaron Rodgers’.

The Green Bay Packers quarterback and Patrick’s boyfriend was on the episode released Thursday, and in nearly two hours, they covered just about every topic, from football (obviously) to Jeopardy! to his sweet tooth to his UFO sighting.

Patrick confirmed the two were dating back in January of 2018, but they first met at the 2012 ESPY Awards and were friends first. So of course, they know a lot about each other, which didn’t hinder their conversation as Danica treated him like almost any other guest on her podcast (except for the fact that he spent Christmas with her family in matching pajamas).

But there was just too much to focus on one detail of their in-depth conversation. So instead, here are the 11 most important things we learned from Rodgers’ conversation with Patrick.