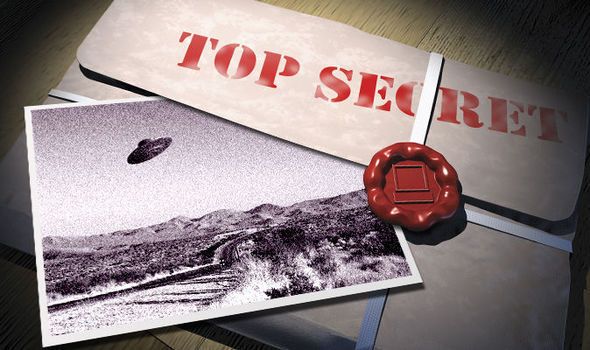 • On “Coast to Coast AM”, radio host George Noory had Whitley Strieber on his show to share updates on his anomalous experiences. Strieber recounted his experiences of seeing into a parallel or mirror world at Pine Ridge Reservation, South Dakota in 2019.

• Traveling in a car, Strieber says, “I saw… a completely different version of the world when I closed my eyes.” He described traveling on a dirt road that was different than the highway they were on whenever he closed his eyes. These experiences continued for three days. Strieber also detailed the strange occurrence of visitors that bypassed his home alarm system and placed an ‘alien’ implant in his ear, which he credits with providing him with information and inspiration.

• Former US Senator Harry Reid (Nevada) recently remarked that the US is holding back UFO information. Strieber suggests this could be for several reasons: 1) the “aliens” insist upon it; 2) the news is overwhelmingly terrible (and they’re not interested in the UFO phenomenon); or 3) it’s classified by the government because weapons technology could be developed from it. This secretive policy has created a culture of lying and denial that has long been in place.

• “Conspiracy theories are blooming like mushrooms right now,” Strieber added, correlating the rise of such theories with the 2017 Pentagon UFO revelations. People began to wonder what was being kept from them. This gave rise to many wild speculations that are now taken to be true. To counter this, Strieber says, “we have to end the whole process of secrecy” which has become the playbook of the military-industrial complex.

• If any president can get to the bottom of this mystery it’s President Trump. Trump recently was recently asked about UFO’s and he replied, “I don’t know but I’ll find out.”

President Trump recently was recently asked about UFO’s. He replied, “I don’t know but I’ll find out.”

On my radio show, “Coast to Coast AM,” author and chronicler of “The Visitors” saga of continuing contact, Whitley Strieber, shared updates on ufology, and his anomalous experiences.

Former U.S. Senator Harry Reid (from Nevada) recently remarked that the U.S. is holding back UFO information, and Strieber suggested this could be the case for several reasons: the “aliens” insist upon it; the news is overwhelmingly terrible; or it’s classified because weapons technology could be developed from it and a policy of lying and denial has long been in place. “Conspiracy theories are blooming like mushrooms right now,” he added, correlating the rise of such theories with the 2017 Pentagon UFO revelations.

People began to wonder what was being kept from them, he commented, and many wild speculations are now taken to be true. To counter this, he said, “we have to end the whole process of secrecy” that has become the playbook of the military-industrial complex. 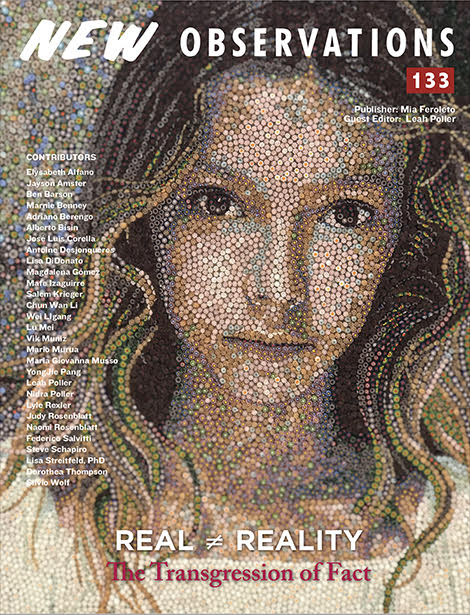 We are building an Exoconscious Civilization and welcome you to join us.

The Institute for Exoconsciousness is the first sustainable nonprofit organization focused exclusively on humans co-creating technology, education, art, and healing with extraterrestrials and multidimensionals.

Mia Feroleto is creating a residency program for artists and writers at Thunderheart Center in Wasta, SD, near the Badlands. Plans are for thirty artists and writers at a time coming for one to six-month visit. Additional buildings will provide studio space, a conference center and gallery space for exhibitions of art created by the visiting artists as well as shows curated by invited guest gallerists and critics from around the globe. For more information please contact Mia Feroleto at mia.feroleto@gmail.com or by phoning 802 952 6217

Based on experiences of individuals with extra-sensory powers that defy the laws of physics, Caroline Cory’s award-winning documentary film “SUPERHUMAN: The Invisible Made Visible” takes you on an extraordinary journey to discover tangible and measurable proof of seemingly miraculous phenomena.

The Transgression of Fact

New Observations, an art and culture magazine, published by Mia Feroleto, features a spiritual examination of reality–from lower to higher realm. Click on PDF Download to read the magazine.

Hypnotherapist, Gwen Farrell’s, book honestly addresses the questions of experiencers, possible experiencers and the general public about contact with extraterrestrial beings. This new expanded edition contains updated material not available before, while still getting to the heart of human-ET contact compassionately, directly and honestly.

Welcome to the Wide Open Wonders (W.O.W.) Podcast hosted by Katie Cook. Katie covers everything from U.F.O.s and Aliens, to Bigfoot and Crop Circles, and just about everything in between.

Jacquelin Smith, a Star Language Communicator, will connect you with your Star Family directly as to your soul’s first expression when it became individual after leaving the Creator. You’ll be told your core frequency, as well as your star family’s frequency. This will assist you in communicating with your star family. Jacquelin also does Star Language.

FREE ENERGY FOR A BETTER WORLD. Hidden Energy readies you for humankind’s next leap-tapping into an abundance of truly clean power, the ultimate renewable. Making the leap is more about mindsets and a consciousness shift than technology.

We need your support to build an Exoconscious Civilization.

Join our Exoconscious Community who are traveling to Uluru for the conference. Visiting a site such as Uluru, especially to mediate and make ceremony, can result in strong connections with Gaia.  It will also activate your energy system, bring immense personal healing and advance your spiritual awakening.

SpiritFest 2020: The Flip Side of the Coin

Sheila Seppi welcomes you to Spirit Fest 2020, June 26, 27, and 28 in Leadville Colorado. Give the gift of conscious awakening! Early bird special $199 through December 31.

July 23 through 27, 2020, in Wasta, South Dakota, on the edges of the Badlands National Park at the Thunderheart Center for the Arts and Conference Center. Speakers include Whitley Strieber, Linda Moulton Howe, Barbara Lamb, Rebecca Hardcastle Wright, David Louis, Tolec, Victor Viggiani, and Juliano Pozati. For more information please contact Mia Feroleto at mia.feroleto@gmail.com or by phoning 802 952 6217

We partnered with Amazon’s Smile program. Please register at Amazon Smile and select Institute for Exoconsciousness. Then, Amazon will donate 0.5% of the purchase price of eligible products to the Institute for Exoconsciousness. To have your donation apply you must register our name and shop through Amazon Smile website. All the prices and Amazon prime eligibility remain the same.

• On June 25th, former US Senate Majority Leader Harry Reid (D-Nev) appeared on “Nevada Newsmakers”, a local Las Vegas radio show and internet podcast. Reid defended the $22 million he earmarked for the Pentagon to study UFOs under the secret Advanced Aerospace Threat Identification Program (AATIP) from 2007 to 2012. The New York Post reports that the Pentagon’s UFO investigations continue to this day.

• Reid said of UFO studies, “We know that China is doing it… We know that Russia, which is led by someone within the KGB, is doing it, too. So we better take a look at it too.” Reid considers UFO research a matter of national security. He noted that UFOs have been sighted near military installations in South Dakota and elsewhere and that some of the most credible reports have come from military pilots.

• Reid said that the government’s UFO investigations “… showed that not two people, four people or six people or 20 people but hundreds of hundreds of people have seen these things, sometimes all at the same time.” “It is no longer just speculation that people see these unidentified flying objects.”

• Reid said that former US Senator Ted Stevens, R-Alaska, who died in 2010, helped push to fund the research. Ted Stevens told Reid, ‘I’ve wanted to look into (UFOs) since I was in the Army Air Corps.’ ‘I was flying an airplane and there was a vehicle that was right with me and I could not get rid of it. I would go up, down, sideways, whatever. Then I went down to the ground and asked ‘what was that up there?’ And they said they saw nothing.”

• Reid said he was happy to talk about the AATIP program, “as long as we are not talking about little green men. If you want to talk about science, I’m all in.”

• [Editor’s Note]  Reid refuses to go all the way and admit to the extraterrestrial presence that the government has been covering up since WWII. He must certainly know much more than he is letting on. But he has to remain credible to the conservative skeptics who go out of their way to ridicule and debunk anything UFO/ET related. This is their game plan, just as it is with Tom DeLonge’s ‘To The Stars Academy’ whose members include some who were involved in the AATIP program, to offer to the public only a “limited hangout” of new information on the presence of extraterrestrial-based UFOs. While most in the UFO community believe that the only real answer is full disclosure, those with government ties seem to feel that the public would freak out if they had all of the facts. This is a current point of debate. But it is unfortunate that Harry Reid himself feels that he needs to resort to ridicule by mocking those who believe they have seen “little green men”. One day, a little green man from outer space may very well use the mass media to make an international address to the planet.

Former U.S. Senate Majority Leader Harry Reid defended the $22 million he earmarked to study UFOs when he was in office, saying the nation must keep up with similar programs by rival nations.

Appearing Tuesday on “Nevada Newsmakers,” the Nevada Democrat told host Sam Shad that he secured the $22 million to begin the secret Advanced Aerospace Threat Identification Program (AATIP) in 2007, and the program was funded and supervised by the Pentagon until 2012.

The New York Post has reported the Pentagon’s investigation into sightings of alien spacecraft continues to this day.

“We got a volume of research that was done, $22 million worth of research,” Reid said. “It showed that not two people, four people or six people or 20 people but hundreds of hundreds of people have seen these things, sometimes all at the same time,” he said.

“It is no longer just speculation that people see these unidentified flying objects,” said Reid, who called UFO research a matter of national security.