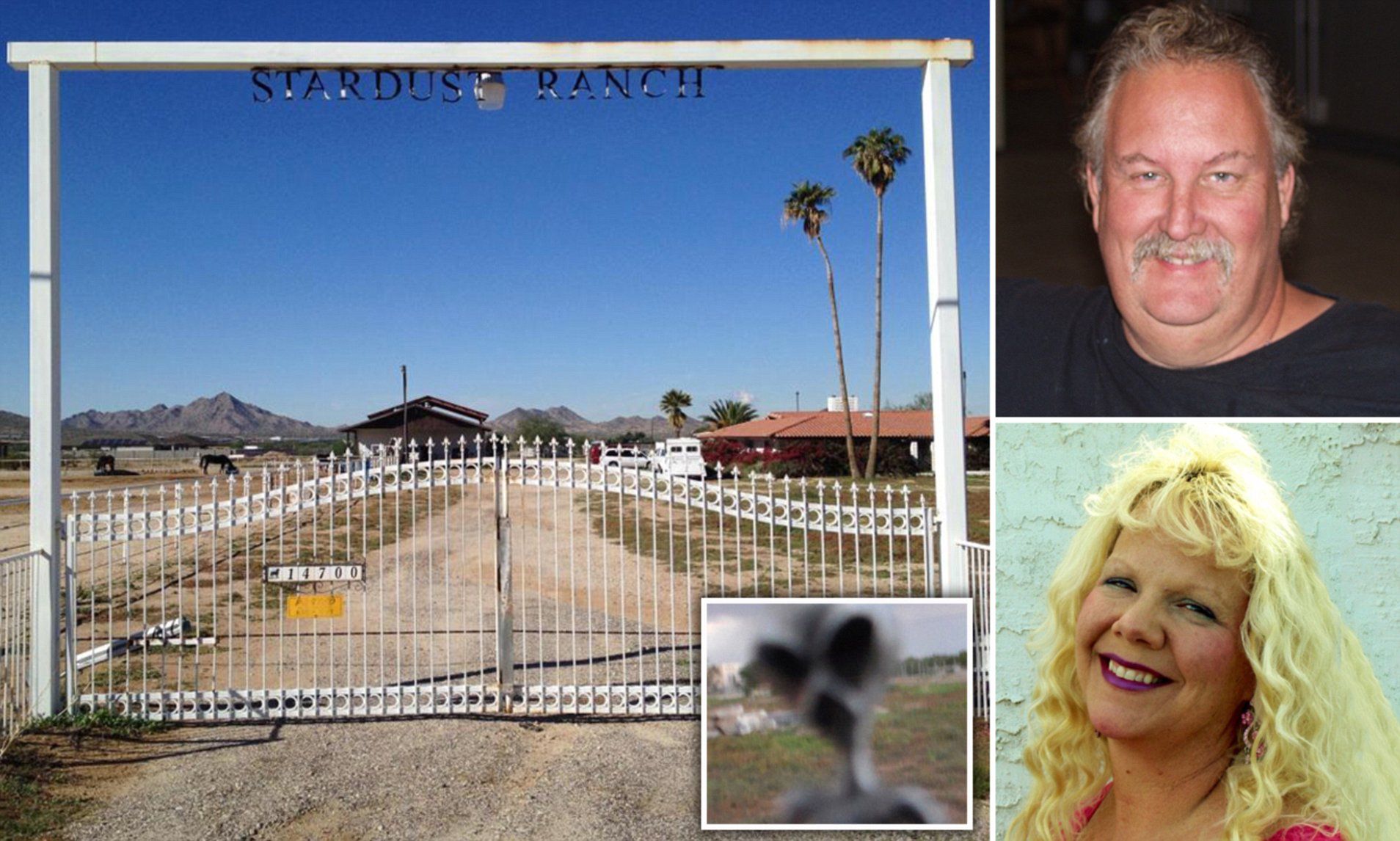 • Edmonds has put the ranch up for sale for $5 million. Two years ago, the New York Post reported that John Edmonds was desperately trying to sell the property because of the “alien infestation” after claiming that aliens were trying to abduct his wife. (see 2:05 minute video below) Edmonds told the local NBC affiliate, “They actually levitated [my wife] out of the bed in the master chamber and carried her into the parking lot and tried to draw her up into the craft.”

• On the Travel Channel’s show “Ghost Adventures”, ghost hunter Zak Bagans and his crew investigated the Stardust Ranch. Edmonds showed the television crew what he believes to be a portal at Stardust Ranch that allows extraterrestrials a way to access his ranch. Edmonds says that grey aliens have attacked his animals and tried to abduct his wife. His wife confirmed the claims, saying that she was attacked by aliens in the main bedroom of the Stardust Ranch home.

• Others claim to have had alien encounters out in the Arizona desert, including Travis Walton who claims that he was abducted by aliens. The aliens famously kept Walton for five days before returning him to Earth, where he used a payphone in Heber, Arizona to call for help.

On the next episode of Ghost Adventures, Zak Bagans and his crew are headed to Arizona to investigate the Stardust Ranch. The owner of the ranch is John Edmonds, who has made some shocking claims about aliens on the property.

Edmonds believes that there is a portal at Stardust Ranch that allows extraterrestrials a way to access his ranch. He even shows it to the Ghost Adventures crew.

And John Edmonds isn’t the only one claiming to have had an alien encounter on the Arizona property. His wife also claims to have been attacked by aliens. In fact, she says it happened in the main bedroom of the Stardust Ranch home.

Others also claim to have had alien encounters out in the Arizona desert, including Travis Walton, who also spoke with Zak Bagans’ crew. He claims that he was abducted by aliens and that they kept him for five days before returning him to Earth, where he used a payphone in Heber, Arizona to call for help.

The Stardust Ranch sits about an hour west of Phoenix. It’s a popular destination for those who believe in aliens and want to go looking for them.