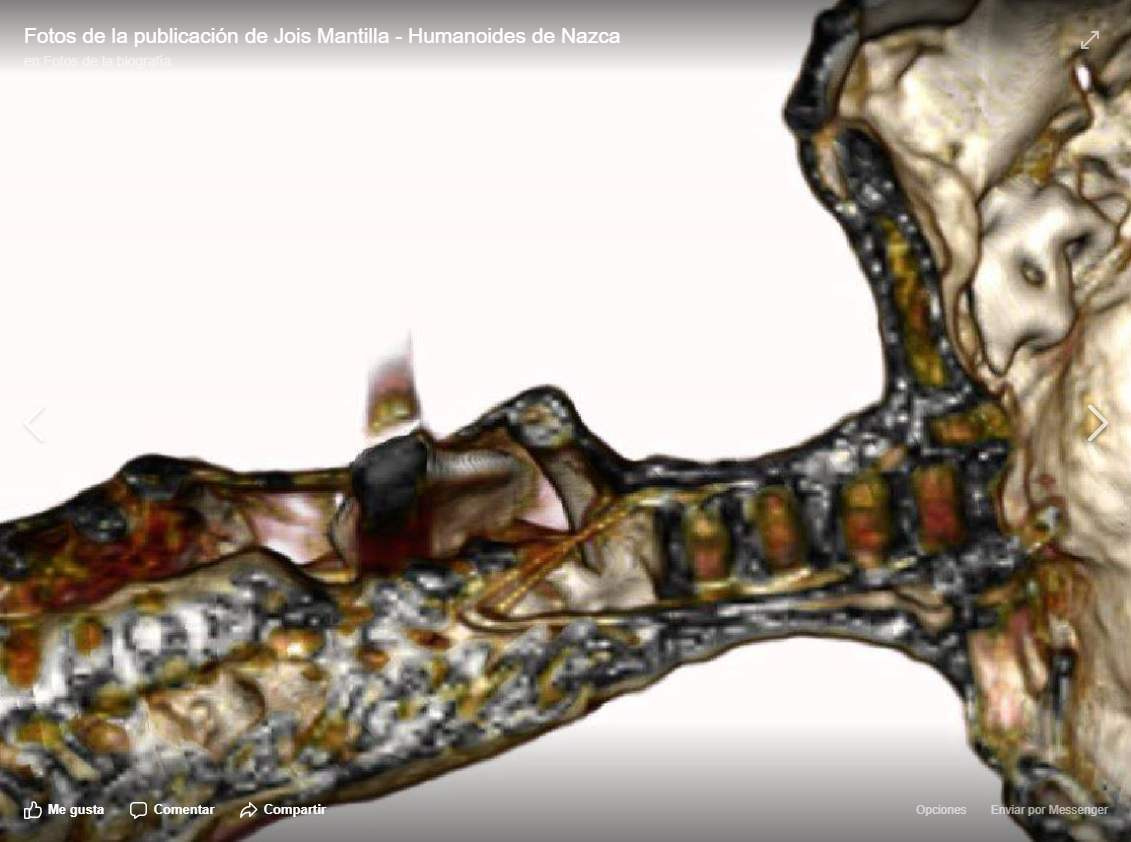 There was an irregular, sudden incursion of archaeologists associated with the Ministry of Culture (and its local, regional chapter) accompanied by 7 policemen to go into the room where the mummies are being kept inside the university. They wanted to confiscate the 3-finger Nazca bodies (including the large mummy “María”) but could not because the person with the keys was not available. This move may have been illegal because there was no previous notification and the university has its own autonomy and rights.  The university took a valiant, creative step in defense of a true spirit of scientific investigation and now all of it is in peril.

The people doing this give the public impression that they want to do it because they are sure that the case of the three-finger mummies involves the illicit use of prehispanic bodies and animals. But the other impression which they give is that they do not want to give an opportunity for a scientific institution to conduct formal, careful research in Perú. Is it prejudice? A lack of mental flexibility? A defense of what they believe is the spoilage of national heritage to commit fraud? Or is it jealousy that they didn’t make the discovery under conventional circumstances? Obeying a conspiracy of silence? All of the above?

The individuals trying to take the bodies away may return to the university during the weekend or on Monday to confiscate the remains. Major local news services tend to side with the conventional position and do not seem to understand the importance of what such a discovery may be or to care about it besides their need to occasionally cover the news for ratings. The skeptic side seems to get more air time repeatedly.

Reporter Jois Mantilla is one of the few reporters that cares and is trying to do something about this. Other scientists quietly researching the “mummies” (even if convinced that at least some mummies can be genuine) still do not want their names to be known. New genetic results and other new results (due to tests performed after the person who found the bodies surrendered them to the university) were going to be revealed in about 10 days. I hope that they are revealed ASAP to show that confiscating the bodies would be a big mistake.

The international community should urgently ask the Ministry of Culture to allow this research to continue.

Today was an important day to preserve the 3 finger-bodies or specimens. The Ministry of Culture wanted to confiscate the three-finger humanoid bodies taking them away from the custody of Universidad Nacional San Luis Gonzaga that wants to invite scientists from all over the world to conduct proper research on them.

This day the authorities from the Ministry of Culture from Ica returned, also with police presence but they could not forcefully confiscate the 3-finger bodies. Both parties reached an agreement for the Ministry of Culture representatives to come back to take photos of the specimens another day. They didn’t seem to be well-informed about the research that had been conducted.

The Vice-rector Martin Alarcon was firm but conciliatory and did not exclude the scientists from the Ministry of Culture to participate in the research. Also, the police presence had been irregular in the first place because they had not been called and that is not permitted by law. It would have violated the university’s autonomy. They also didn’t have a court order and were basing their actions in a presumption. The rights of the university prevailed, at least today.

The conversation flowed in terms that in order to know what is the truth we must all come together to investigate. The vice-rector invited them as scientists to come back on the 5th and 6th of November also to participate in an international archaeology conference that will include one day for the three-finger specimens.

Some of the best 3-finger specimens are inside containers covered with red cloths and under lock and key behind a hermetically sealed glass door. Outside of the Vice -Rector’s office, about seven archaeology students were protesting the decision to safe keep several specimens, because they consider this to debase their professions.

Yesterday (coinciding with the important meeting with the Ministry of Culture representatives as per the future of the three-finger humanoid bodies), the National Superintendence of Higher University Education (SUNEDU) denied renovating the operating license to Universidad Nacional San Luis Gonzaga (also know as “UNICA”), founded in 1970 and with 19,400 students. SUNEDU had recently denied renovating the license of 21 private universities.  Unfortunately, the university became the first public university to be denied such a license. Unless the university’s license is re-established no new students will be able to enroll. Enrolled students can continue to attend classes.

At least since April 2019, the university was working with SUNEDU to solve the problems that had plagued the institution, problems related to a previous administration. There also are charges of corruption involving the previous administration. Strangely enough(and very suspiciously) their license was revoked on the same day in which the meeting with the Ministry of Culture regarding the three-finger bodies took place.

It seems to me that traditional political and scientific forces are psychologically blocked against the possibility of unique, non-human intelligent, humanoid beings actually being researched in a serious way in association with major institutions and that they try to find reasons to stop it.

I believe that if the university continues having classes (as it strives to meet the demands of SUNEDU) it should continue hosting the research on the 3-finger bodies to determine the truth.