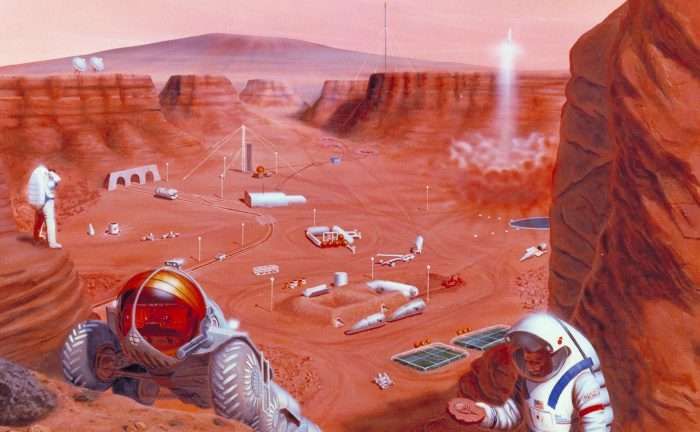 • The United States, China and the United Arab Emirates all have Mars launches scheduled this month.

• Between July 20 and July 25th, the China National Space Agency will launch an orbiter known as Tianwen-1, which translates to ‘the quest for heavenly truth’ to circle the Red Planet for a year. The rocket will also carry a rover vehicle that will land on the Martian surface and collect soil samples. The oribter will serve as a communications relay for the lander.

• The UAE will launch an orbiter named ‘The Hope’, which will spend two years orbiting Mars. The UAE’s primary objective is to flex its financial muscle and show the world that it is capable of in space exploration.

• On July 30th, NASA will send the Perseverance Rover to roam the Red Planet looking for signs of life – both past and present. The main instrument, the ‘Scanning Habitable Environments with Raman & Luminescence for Organics & Chemicals’ (or ‘SHERLOC’), will be mounted on the end of one of the Mars rover’s robotic arms. SHERLOC will emit a quarter-sized ultraviolet laser at the ground, and scientists will measure how the light scatters when it hits the ground to determine its mineral and chemical compounds. This will identify the spectral “fingerprint” of certain alien organic material for signs of past or present life. “Life is clumpy,” said NASA’s Luther Beegle. “If we see organics clumping together on one part of a rock, it might be a sign that microbes thrived there in the past.”

• Earth and Mars are currently at their closest orbital points in the solar system. So now is the optimal time to make the relatively short journey – which will still take up to six months.

THREE countries are set to launch rockets to Mars this months as the search for life on the Red Planet is turned up a notch.

China, the US and the UAE are all gearing up for historic Mars launches this month with the hopes of discovering more about Earth’s dusty neighbour. Starting with China, the new space force will be launching an orbiter known as Tianwen-1, which translates to ‘the quest for heavenly truth’ to circle to Red Planet. The orbiter will spend a year around Mars, serving as a communication relay for humanity’s eventual arrival with the launch date scheduled between July 20 and July 25.

Alongside the orbiter, China will send a rover to roam the surface of the Red Planet and collect soil samples.

The UAE is also launching an orbiter named The Hope, which will spend two years orbiting Mars, following a 200-day journey.

According to The Hill, the UAE’s primary objective is to flex its financial muscle and show the world what it is capable of in the space exploration industry as the appeal of oil, which UAE has in abundance, loses its appeal.