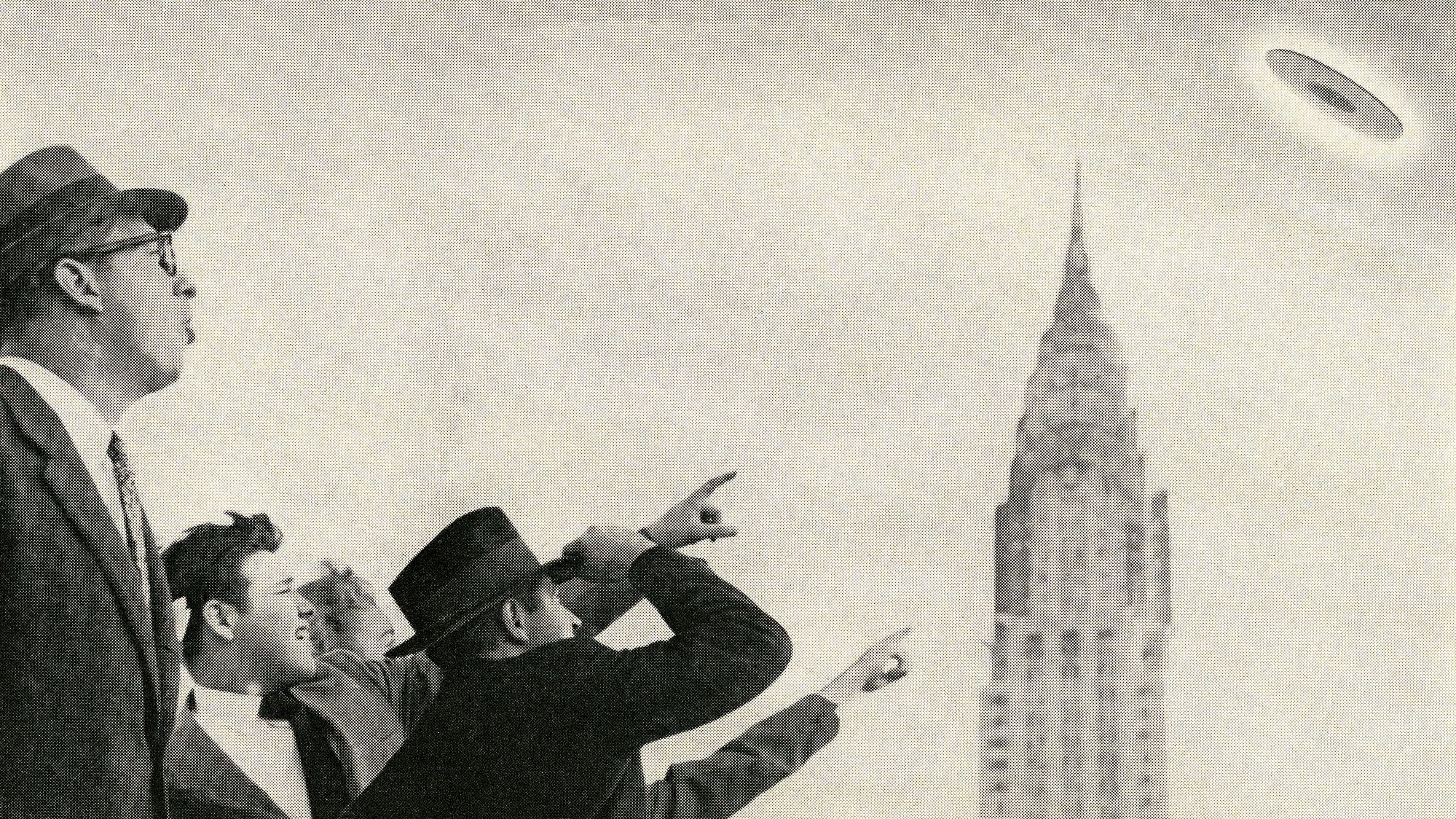 The UFO Phenomenon is About to Get Very Real

• While many believe in UFO/UAPs and alien visitation, proof seems to be lacking except for eyewitness accounts. Numerous reports point to a government conspiracy to “hide the truth” about alien visitation. But this “conspiracy” may simply be a military disinformation campaign to hide its development of super-secret, super-capable weapons.

• Some of these eyewitness accounts come from fighter pilots with video from sophisticated, high-tech imaging systems. A recent 2020 DoD report, shared throughout the civilian and military intelligence community (see previous ExoArticle here), includes an extraordinary photograph taken in late 2019 of a triangle-shaped UFO by a F/A-18F fighter jet operating off the US East Coast. According to the report, the Triangle UFO rose out of the Atlantic Ocean and rapidly accelerated out of sight on a vertical axis.

• If the military and the intelligence community are at a loss to explain these UFO sightings, might they be slowly coming to the conclusion, through the process of elimination, that these UFO/UAP craft did not originate on planet Earth? For anyone in government to reach this conclusion demands attention from the rest of us.

• These UFO/UAPs are apparently powered by unconventional, non-jet based flight propulsion systems, exhibiting no exhaust trails. And they are capable of rapidly navigating water, air, and space. No nation or corporation has been shown to possess, let alone manifest, such advanced engineering. Also, the UFOs seem to be particularly attracted to the Navy’s nuclear-powered aircraft carriers and regularly appear over our nuclear missile bases.

• The US Navy has sonar nets strung out around the world to listen for foreign submarines. But remarkably, the Navy is also tracking USOs – Unidentified Submersible Objects – moving at impossible speeds with no cavitating propellers and no known propulsion system.

• What could these UAP of alien origin want with our nuclear technology? Why would the US military believe that UAP pose a potential threat? These aliens have traveled trillions and trillions of miles, and for what? We don’t know. Their intelligence may operate on a completely different plane than ours — perhaps even a different reality.

• The UFO phenomenon is becoming too widespread and there have been far too many witnesses, not just on fighter jets but also on Navy warships. Soon – probably sometime in the next five years – the US Navy will have no choice but to admit the truth. Unfortunately, the most momentous announcement in human history will probably be a leak that the Navy will reluctantly confirm. Not the parades and brass bands such an announcement deserves, but it will do.

• [Editor’s Note]  This article claims that “No nation or corporation has been shown to possess, let alone manifest, such advanced engineering.” Apparently, mainstream scientists, researchers and military personnel don’t read the ExoNews. If they did, they would know that the Navy itself has publicly divulged – through its patent applications – that it possesses the type of “alien” technology for ‘transmedium’ vehicles that can travel effortlessly through air, water and the vacuum of space. (see previous ExoArticles: “US Navy Disclosing Secret Space Program Technologies through Patents System” and “US Navy Regards Electromagnetic Propulsion & Tesla Shield Patents as Operable”) The US Navy is absolutely capable of building these type of craft, and the fact that they’ve submitted patents means that they possess at least an operational model. Perhaps the Navy doesn’t mind people believing that these craft are of ‘extraterrestrial origin’, although though they did derive the technology from extraterrestrial allies.

As the former head of Israel’s space program, Professor Haim Eshed recently revealed, the extraterrestrials themselves think that the people on Earth are not yet mentally ready to know the truth. (see previous ExoArticle: “Former Head of Israel’s Space Program Says Aliens Asked Not to Be Revealed as Humanity is Not Ready”) It is a fallacy, perpetuated by the deep state, that some isolated space crew of alien explorers traveled “trillions and trillions of miles” and just happened upon our planet. In reality, extraterrestrial civilizations permeate the galaxy (and universe), and this sector of the Milky Way is no exception. Representatives of the Galactic Federation, the benevolent authority in this galaxy, asked President Trump to hold off on announcing the long-standing presence of the many species of extraterrestrial beings that reside on, within, and around the Earth and our solar system, especially since World War II, until the Earth population is accustomed to the idea and it won’t cause “mass hysteria”. Therefore, full disclosure will depend on how long it will take for the population to ‘wake up’ and accept the pervasive ET reality.

Sometime in the next five years, the United States Navy will announce unmistakable, undeniable proof of the extraterrestrial origin of what they term “Unidentified Aerial Phenomena” (UAP). The most recent report from the Unidentified Aerial Phenomena Task Force, which is run out of the Office of Naval Intelligence, comes very close to making that determination public.

While many believe in alien visitation, the proof has been lacking except for eyewitness accounts. There also have been numerous reports of a government conspiracy to “hide the truth” about alien visitation. The “conspiracy” was a useful part of the military’s disinformation campaign to hide what they were really doing: building super-secret, super-capable weapons.

But these reports from fighter pilots with video from sophisticated, high-tech imaging systems have the spooks stumped. Through the process of elimination, they are slowly coming to the conclusion that the UAP phenomenon features aircraft that did not originate on planet Earth.

No-brainer, right? Except these are some of the most brilliant scientists in the world. They don’t leap to conclusions. They don’t play hunches. They don’t tell us what’s obvious. They base their conclusions on the facts. And for anyone in government to reach this conclusion demands attention from the rest of us.

Washington Examiner: It is the 2020 report, however, which is most striking. Shared very widely across

the civilian and military intelligence community, it includes an extraordinary photograph taken in late 2019 of a triangle-shaped UFO. The photograph was taken by a F/A-18F fighter jet operating off the U.S. East Coast. According to the report, the Triangle UFO rose out of the Atlantic Ocean and rapidly accelerated out of sight on a vertical axis. I believe, but have been unable to confirm, that the aircrew responsible for the photo were operating off either the USS Dwight D. Eisenhower or the USS John C. Stennis.

The UAP are attracted to our nuclear reactors like bees to honey.

This is big news, or should be, for four reasons.