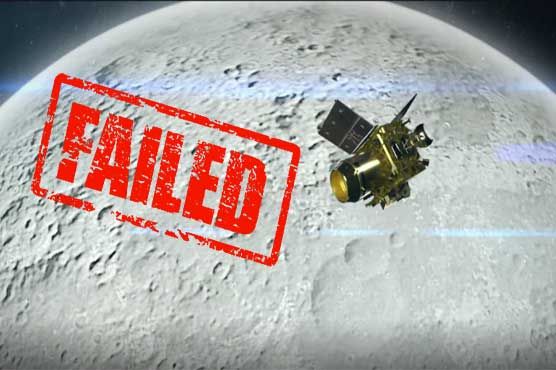 • [On September 6th, India’s Chandrayaan-2 Vikram lander was scheduled to land near the South Pole of the Moon. At the last minute, it deviated off course and crashed. The cause for the crash is still unresolved.]

• Sabir Hussain, a Chennai based independent researcher on UFO sightings and director of the Indian Society for UFO Studies, believes the loss of communication and telemetry was no accident but a warning from extraterrestrials. Said Sabir, “UFO researchers around the world believe that the extraterrestrials have sent a message to the Indian government to ‘get rid of your nukes before you explore other worlds’.” “Why do you think the Americans refused to go to the Moon after 1973?”

• “[T]he failure of Chandrayaan 2 is not at all surprising to me,” says Sabir. “Both India and Pakistan have been openly threatening each other with nuclear attacks. But what the leadership of both these nations do not realize is that they can use their nuclear weapons only if the UFOs decide to allow them.”

• Former US Air Force Missile Launch Officer, Robert Salas, witnessed a UFO switching off ten nuclear missiles under his command in 1967, and concurs with Sabir. Salas noted that Mr Hussain cited numerous instances and statements to support his claim of alien interference in the world ‘s nuclear affairs. Said Salas, “Astronaut Dr. Edgar Mitchell, the sixth man to walk on the moon, has openly stated that aliens have already visited earth. US astronaut, Gordon Cooper in his 1978 letter to the UN has acknowledged it. Mercury Seven astronaut, Donald Slayton, has described seeing a three feet wide UFO from his P-51 fighter jet at an altitude of 10,000 feet in 1951.”

• Soviet cosmonaut and Soyuz-5 spacecraft pilot, Yevegni Khrunov, cosmonaut, Vladimir Kovalyonok and cosmonaut, major general Pavel Popovich have also acknowledged UFO sightings, one of them on May 5, 1981 from the Salyut-6 space station.

• Sabir says that in 2014-2015, the UFOs were toying with American nuclear aircraft carriers, Theodore Roosevelt and Nimitz. “UFOs are very concerned about humans playing with nuclear weapons.”

While the reasons for the failure of India’s Chandrayaan-2 programme are still being studied, some bizarre theories on what could have led to it are already making the rounds – extra terrestrials interfering with the moon landing!

Mr Sabir Hussain, a Chennai based independent researcher on UFO sightings and director of the Indian Society for UFO Studies (INSUFOS) believes the loss of communication that Isro scientists suffered with the Vikram lander just before it was to land on the moon’s surface was no accident but a warning from extra terrestrials.

” You will not be allowed to land on the moon unless ‘they’ decide to allow you. The Unidentified Flying Objects (UFO) researchers around the world believe that the extra terrestrials have sent a message to the Indian government to ‘get rid of your nukes before you explore other worlds’,” he said.

“As a researcher studying the UFO-Nuclear Weapons, the failure of Chandrayaan 2 is not at all surprising to me,” Mr Hussain added in a chat with the Deccan Chronicle.

“Recently some Indian ministers have been making very irresponsible and dangerous statements on the use of nuclear weapons. If we had taken the warnings on UFO activity seriously, this situation could have been averted. Why do you think the Americans refused to go to the Moon after 1973?” he asked. 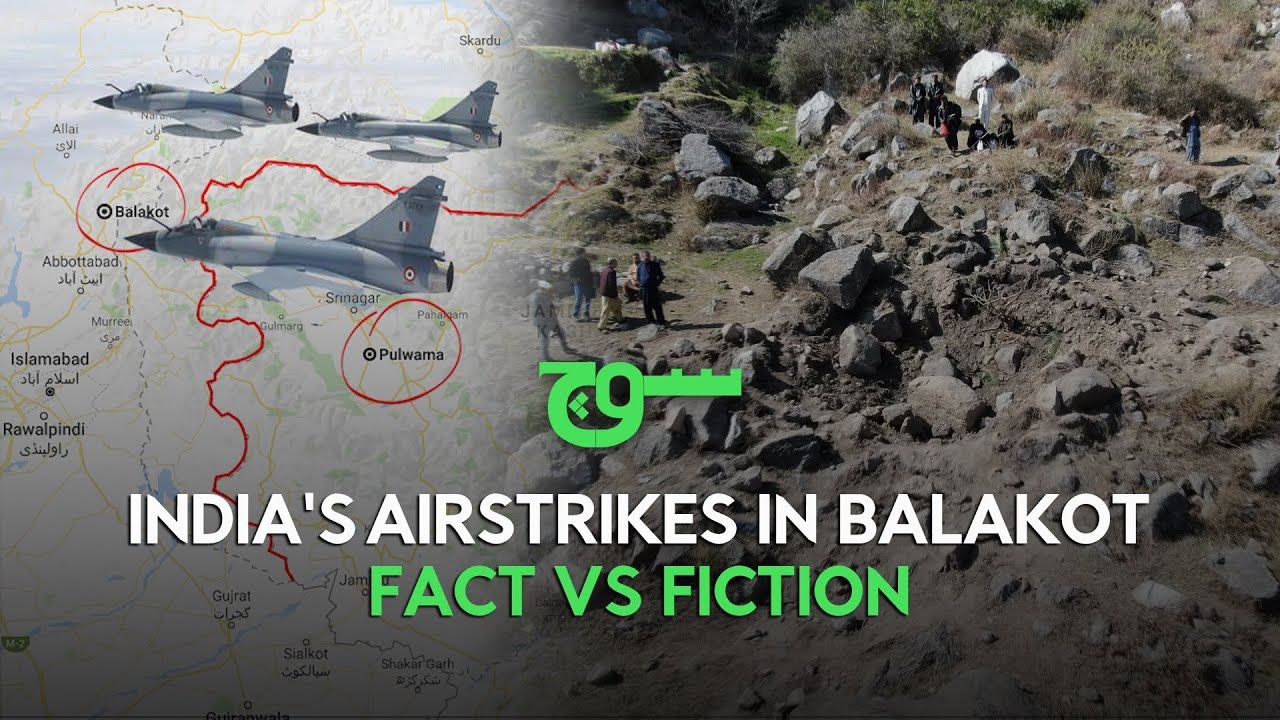 The War Strategist’s Guide to the Galaxy

• On June 11th, 2019, the Director of the Indian Society for UFO Studies, Sabir Husain, filed a “Public Interest Litigation” pleading directly to the Supreme Court of India, asking that the court direct the Indian government to take UFO sightings seriously, and to form an organization to keep tabs on extraterrestrial activities. During this time of heightened tensions between India and Pakistan over the region of Kashmir, Sabir warns that the primary threat to India is that extraterrestrial UFOs have been known to intentionally incite attacks between terrestrial enemies by posing as an enemy aircraft or initiating a cyber-attack, in order to provoke or escalate a war.

• In the Public Interest Litigation filing, Sabir cites a February 26, 2019 incident which caused an air strike against Pakistan, the downing of an Indian fighter jet, and the loss of an Indian helicopter by friendly fire as an example of possible UFO interference. In what is known as the ‘Balakot airstrike’, an Indian fighter jet was shot down over Pakistan after Indian fighter jets had bombed an area near the Pakistani town of Balakot. Sabir claims that the Indian jet was actually trying to shoot down a Pakistani drone. But when the Indian pilots encountered the drone, it suddenly changed course and disappeared. Pakistan later denied having a drone in the area.

• Hours later on February 27th, an Indian military helicopter was returning to base when its radar transponder failed to identify the helicopter as ‘friendly’, and the Indian base shot it down with a missile killing six officers on board. Sabir suspects that extraterrestrials caused the transponder interference to provoke further action by the Indian military against Pakistan.

• Sabir argues that extraterrestrial UFO provocation between earthly enemies is not unprecedented. In 1972, UFOs appearing on radar nearly triggered a war between the United States and the USSR. The two countries later signed a treaty in which they recognized the presence of UFOs and agreed to carefully analyze an aircraft violating a country’s airspace before ordering a retaliation.

• Sabir notes that UFOs were reported in the vicinity of US military bases in 1945, and since then UFOs have been seen over many other nuclear sites around the world. “The extraterrestrials can remotely control the earth’s nuclear assets, trigger a missile or even deactivate or render them defunct…” says Sabir.

• UFO sightings have been reported along the Indo-Pak border since 1977. Sabir claims that forty other countries are currently on guard against UFOs. He urges the Indian government to create a special agency to monitor UFO activity as well. “The (American) CIA’s secrecy surrounding extraterrestrial findings has created a false perception that UFOs are a myth,” says Sabir. “We need to take seriously the substantiated reports (of UFOs).” “[N]uclear destruction can happen in a minute if aliens manipulate tensions.”

• Sabir’s Public Interest Litigation filing references the support of nine military officers and scientists from the US, UK, France, Chile and Peru, with seven of them writing directly to the Supreme Court of India. Researchers from thirty countries are lined up to testify before India’s Supreme Court.

• Finally, Sabir noted the many UFO sightings reported around India. On July 16, 2019, locals in southern Tamil Nadu reported seeing numerous UFOs above the Rocket Propulsion Research Center. The government dismissed them as drone cameras. But when the facility shined spotlights on these ‘drones’, they immediately disappeared. On June 7, 2018, a UFO was seen hovering above the Parliament of India. On September 17, 2017, a UFO was sighted above the Indian Prime Minister’s residence. In 2013, Indian soldiers reported seeing hundreds of UFOs entering Indian air space from China over a period of a few months. Indian scientists blamed these hundreds of sightings on the planets Jupiter and Venus.

• July 1976 was the year of the first UFO sighting reported in India, where a flying saucer was seen along the Indo-Pak border. The pilots of the two MIG-21 fighter jets that were sent to engage with the saucer said that it “zipped away” at a speed of 4,170 kilometers per hour (or 2,600 miles per hour). On January 11, 1977, three UFOs reportedly circled around an Indian Air Force transport jet in mid-air for some time. On July 16, 1977, an Air India 747 was about to land on the Kolkata Dum Dum Airport runway when a UFO, the same size as the jumbo aircraft, came head on towards it. The pilot braced for a collision but the UFO disappeared.

• As a veteran UFO researcher of 20 years, Sabir told the Deccan Chronicle that, “India needs to take the reported UFO sightings more seriously. Further ignorance can cause irreversible damage to India-Pakistan-China in the form of nuclear wars triggered by decoy UFOs. The extraterrestrials are manipulating drone wars between India and Pakistan forces.”

“Wars are not merely because of the earthly border politics but also due to smart sabotages by greater extraterrestrial forces from beyond the globe.”

Have we got your attention yet? “The attacks from either side of the enemy countries are sabotaged by means of radar and detection-proof Identification Friend or Foe (IFF) transponderless Unidentified Flying Objects (UFO) manipulated from beyond the globe… The UFOs are found hovering over nuclear reactors or missile areas, military bases … the extraterrestrials can remotely control the earth’s nuclear assets, trigger a missile or even deactivate or render them defunct…”

Sounds like something out of a sci-fi film, doesn’t it? It is an excerpt, in fact, from a PIL filed with the Supreme Court of India on June 11 this year, by Chennai-based independent researcher on UFO sightings by Sabir Husain, Director of the Indian Society for UFO Studies (INSUFOS). He asks, in his plea, that the court direct the government to take UFO sightings seriously and form an organisation to keep tabs on extraterrestrial activities.”

The PIL has references to nine military officers and scientists from five countries-US, UK, France, Chile and Peru, seven of them writing directly to the Supreme Court of India. There is even a reference to Nuclear Physicist Stanton Friedman, who wrote the foreword for Hussain’s forthcoming book, ‘Accidental UFO Apocalypse’. The current Director-General of the Chile UFO Research Agency has also promised to write about the phenomenon and its implications on the Indo-Pak relationship. The PIL says 30 countries are ready to testify before the court! Sabir Hussain is the only representative selected from India to approach UN with a delegation from 30 countries and is supported by the Chinese government, said Hussain.

Sabir Hussain has extensively researched UFO sightings over the last 20 years. He tells Deccan Chronicle, “India needs to take the reported UFO sightings more seriously. Further ignorance can cause irreversible damage to India-Pakistan-China in the form of nuclear wars triggered by decoy UFOs. The extra terrestrials are manipulating drone wars between India and Pakistan forces, which also impacted the strikes in Balakot.”

Sabir analysed his observations in India with regard to UFO sightings from the latest in Indo-Pak border to the reported beginning in 1977. He also drew analogy with the sightings since its first reported instance in US military base in 1945 and later in different countries depending on their nuclear upgrades.