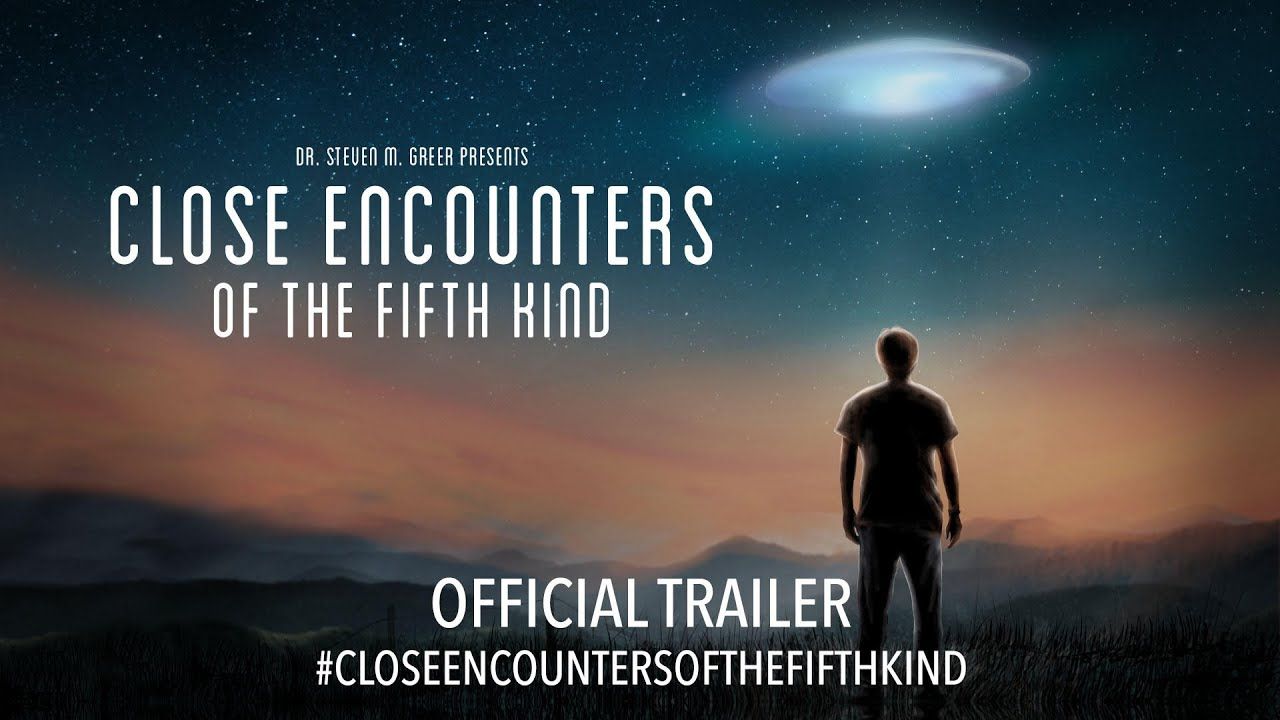 • Following his previous documentaries, Sirius and Unacknowledged, Dr. Steven Greer has digitally released a new film entitled Close Encounters of the Fifth Time which challenges what the government knows about the existence of extraterrestrials and why they are here on our planet. While the government has created a fear-based narrative around extraterrestrials, Greer promotes the creation of a positive relationship between humans and ET. (see 2:19 minute film trailer below)

• Greer is a globally-recognized authority on extraterrestrials and the founder of the Disclosure Project. Directed by Michael Mazzola and produced by 1091 Media (formerly ‘the Orchard’), the film is narrated by Jeremy Piven and contains interviews with Adam Curry of Princeton’s PEAR lab, civil rights attorney Daniel Sheehan, and CIA’s Dr. Russel Targ. Close Encounters of the Fifth Time shatters the bounds of the ET phenomenon secrecy with groundbreaking video/photographic evidence and reassures us that “scientists have known that ‘The Force’ is real for a very long time”.

• Although UFO sightings are not a new phenomenon, the proliferation of UFO photos and videos caught on cell/smart phones have made these sightings impossible to deny. Something is definitely happening in our world. With the information that he has gathered, Greer has submitted briefings to five US Presidents on the subject.

• In the film, Greer discusses how he was visited by ET beings as a child. Through joint learning and meditation with the ET’s, he was able to create the ‘CE5 protocol’ which, through telepathy, invites the ET beings to know where the good guys are and to communicate with emissaries on Earth. Greer has established a CE5 retreat where attendees can pay $2,500 to $3,500 to spiritually connect with extraterrestrials.

• One thing is certain, Dr. Greer emphatically believes in the existence of alien beings and their proximity to Earth. Of course, the viewer will decide whether to believe Greer’s fascinating assessment or not.

Available on Digital from director Michael Mazzola and 1091 comes a look at straight forward revelations about CLOSE ENCOUNTERS OF THE FIFTH KIND.

Dr. Steven Greer is a global authority on extraterrestrials who has previous works with Sirius and Unacknowledged and now founder of the Disclosure Project, brings this documentary to talk about shattering the bounds of secrecy of the ET phenomenon.

People seeing UFO’s (Unidentified Flying Objects) is not a new phenomenon. What has been sightings spoken has turned into sightings being video’s with cell phones making it impossible to deny that, at the very least, something is happening in our world. Dr. Greer has submitted briefings to five presidents on the subject and with information that he has gathered.

While the government creates their own narrative based on fear, Dr. Greer wants to put the facts together in this brutally honest documentary. He believes that it is possible to create a relationship between humans and Extraterrestrials (ET).

This documentary brings groundbreaking video/photographic evidence along with the interviews of Princeton’s PEAR lab Adam Curry, civil rights attorney Daniel Sheehan and CIA’s Dr. Russel Targ. These interviews are as equally important as with what Dr. Greer has to share.

The most important is Greer’s story of being visited as a child and through learning joint meditation with the ET’s, he was able to create the CE5 protocol which allows goodwill telepathy inviting ET’s to know where the good guys are.