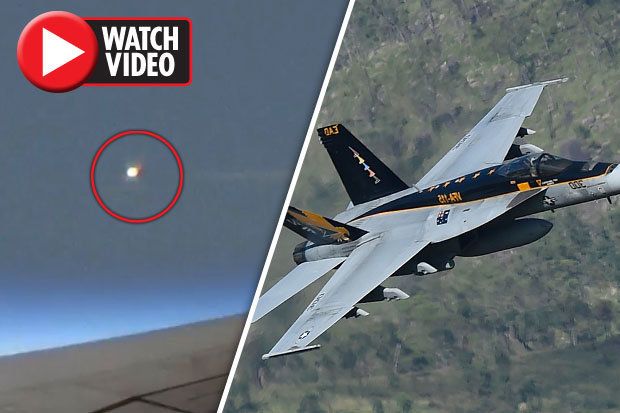 • This is another article regarding the white UFO that was tracked on a northern course over northern California (near Mt Shasta) and into Oregon. When the UFO reached the Oregon border, it dropped off of radar, but was continued to be seen by commercial and military aircraft until it disappeared.

• This article features a minute-long recording of the Air Force F-15 fighter jet pilot as he sees the white UFO. “Oh look at that thing.” “Yeah, that’s crazy.”

Back in November, it was reported a mysterious aircraft was seen circling in a busy and well-monitored air space in the skies above Oregon, US.

In a bizarre and worrying twist the aircraft vanished – and the US Air Force failed to find it.

And now, to add to the already questionable situation, audio footage has been released from the fighter jets that pursued the phenomenon.

These materials include audio recordings of radio transmissions and phone calls made as the incident was unfolding.

In the video you hear the pilot relaying the issue.

He says: “You know that target south of the boundary moving very fast?”

Before someone on the other end replies: “Oh look at that thing.”