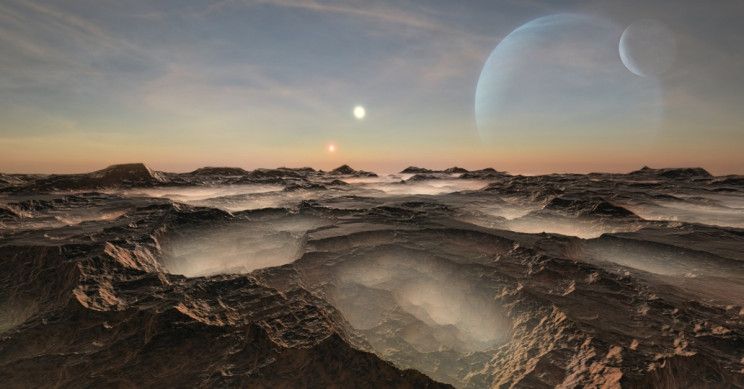 Listen to “E183 Inside The Search For Another Habitable Planet Within 100 Light Years Of Earth” on Spreaker.

• The exoplanet known as Kepler 442b, which orbits a K-type star and could be even more habitable than Earth. M-type stars, or ‘red dwarfs’, are small, cool stars that are impossible to see with the naked eye, but they are by far the most common type of star in our region of the Milky Way. G, K and M-type stars are “the stars that are most likely to host exoplanets with water on their surface because they don’t flare,” says Alberto Caballero, an amateur astronomer at The Exoplanets Channel and the coordinator of the ‘Habitable Exoplanet Hunting Project’. “If a star flares, it can damage the atmosphere of the exoplanets.”

• Tau Ceti e is a “super Earth” exoplanet almost four times the mass of Earth. It is so massive that you can see Ceti in the constellation Cetus with the naked eye, level with Orion’s Belt in the northern hemisphere.

• The Project has been careful to ignore stars that have Jupiter-sized gas giant exoplanets in their habitable zones unless the star is so big that it may not adversely affect other exoplanets in the star’s orbit. “We’re trying to monitor the stars 24/7 for about two months,” says Caballero, “so it’s easier for us if we focus on M-type stars because any exoplanets would have really short orbital periods. But the most ideal ones are K-type stars.”

• NASA’s orbiting space telescope, the Transiting Exoplanet Survey Satellite or ‘TESS’ has already found 29 confirmed exoplanets. Caballero says, “So far (TESS has) not detected any potentially inhabited planets, but it’s only just starting on the northern hemisphere.” In the long term, Caballero thinks that studying an exoplanet’s ‘biosignature’ from its light spectrum with better instruments will yield the most potentially habitable exoplanets. Says Caballero, “[I]t’s all about having better technology.”

• [Editor’s Note]  The Habitable Hunting Project might need to strike Proxima b off of their list. In March 2018, the Cerro Tololo Inter-American Observatory in the Chilean Andes, reported that the red dwarf star, Proxima Centauri, fired off a powerful “superflare” which could be seen from the Earth. (see Space.com article here) It briefly boosted the star’s brightness by a factor of 68. The astronomy team noted that “life would struggle to survive in the areas of Proxima b exposed to these flares.”

The search for extraterrestrial life is easily the most profound question in modern astronomy, but it’s hampered by a lack of both technology and time.

Is life possible beyond the solar system? If we’re ever to find out, we must study and categorise the stars to answer this one, simple question: if we had a spaceship we could send to the nearest Earth-like planet, which one would we send it to?

When astronomers find exoplanets, they put them on a list marked “potentially habitable” or else use them as clues that habitable exoplanets may lurk in their star system. Most of them are exceptionally far away. So far we’ve found three close exoplanets that orbit within a star’s so-called “habitable zone” where liquid water could exist on its surface.

If astronomers had to choose a planet in another star system to send a spaceship, these three would be prime candidates:

• Proxima Centauri b: an exoplanet orbiting an M-type red dwarf star 4.24 light years away in the constellation of Centauri.

• Tau Ceti e: an exoplanet orbiting an M-type red dwarf star 11.9 light years away in the constellation of Cetus.

• Teegarden b: an exoplanet orbiting an M-type red dwarf star 12 light years away in the constellation of Aries.

Where will we most likely find others? Though the vast majority of star systems remain unexplored, we know of plenty that contain planets not in the star’s habitable zone. These star systems are surely the best places to look.

What is the Habitable Exoplanet Hunting Project?

It’s a network of amateur astronomy observatories around the globe—from the U.S. and Uzbekistan to South Africa and Australia—that is studying 10 stars within 100 light years for signs of new, as yet unfound exoplanets. All of the stars that will be studied already have confirmed transiting exoplanets outside the so-called “habitable zone”. “We’ve chosen observatories in deserts or high regions or mountains because weather is always the main problem with projects like this,” says Alberto Caballero, an amateur astronomer at The Exoplanets Channel and the coordinator of the Habitable Exoplanet Hunting Project. “But we will need to find more observatories in the southern hemisphere.”