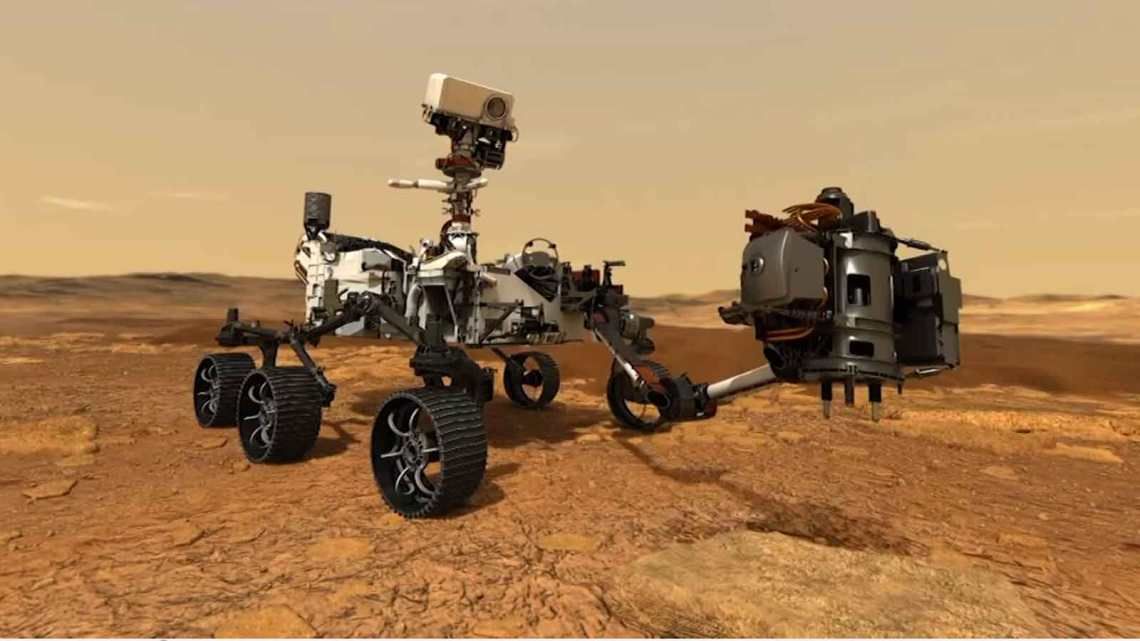 How the Mars Perseverance Rover Will Get to the Red Planet

• On July 30th, NASA’s $2.1 billion ‘Perseverance’ rover (pictured above) set out for Mars, along with the first helicopter to travel to Mars, known as ‘Ingenuity’. Among other tasks, the rover and the helicopter will be looking for signs of extraterrestrial life. The Perseverance will land at the Jezero Crater on February 18, 2021, joining the still-functioning Curiosity rover and the now-deceased Opportunity rover. NASA’s long-term goal is to send a manned mission to Mars in the 2030s.

• Like its predecessors, Perseverance is powered by a nuclear energy system known as ‘Multi-Mission Radioisotope Thermoelectric Generator’ thanks to the US Department of Energy. Says Under Secretary for Nuclear Security and National Nuclear Security Administratior Lisa E. Gordon-Hagerty, “From preparing astronauts for cratered terrain to building boxes for moon rocks to providing electricity from nuclear sources, I’m proud to say that we’ve lent our unique expertise for exploration of the solar system… for nearly 60 years.”

• Radioisotope power systems provide a steady power source in parts of the solar system that are dark or dusty. The Spirit and Opportunity rovers used Radioisotope Heater Units with a mission life of 7 and 14 years respectively, significantly longer than the 3-month primary mission lifetime. Curiosity is still going strong 7 years, over 3 times the primary mission timeline. The two longest-operating radioisotope power system missions are Voyager I and II, which are still in operation 43 years later.

• The DoE’s Office of Science facilities also support the study of materials returned from NASA space missions to Mars, including the use of X-ray and electron imaging to study the form and shape of rock samples and various spectroscopy techniques to reveal the chemical composition.

After it was delayed three times to iron out issues, NASA’s Perseverance rover is slated on July 30 to head to Mars, where it will perform a number of tasks, including looking for fossilized evidence of extraterrestrial life.

The $2.1 billion rover will also come with the first helicopter, known as Ingenuity, that will let researchers understand the viability and potential of heavier-than-air vehicles on the Red Planet. NASA’s long-term goal is to send a manned mission to Mars in the 2030s.

Once Perseverance lands on Mars at the Jezero Crater on Feb. 18, 2021, it will join the still functioning Curiosity rover and the now-deceased Opportunity rover on the Red Planet.

Similar to its predecessors, Perseverance is being powered by a nuclear energy system known as Multi-Mission Radioisotope Thermoelectric Generator (MMRTG), thanks to the Department of Energy. However, using nuclear power isn’t anything new for NASA.

“From preparing astronauts for cratered terrain to building boxes for moon rocks to providing electricity from nuclear sources, I’m proud to say that we’ve lent our unique expertise for exploration of the solar system,” Gordon-Hagerty added.