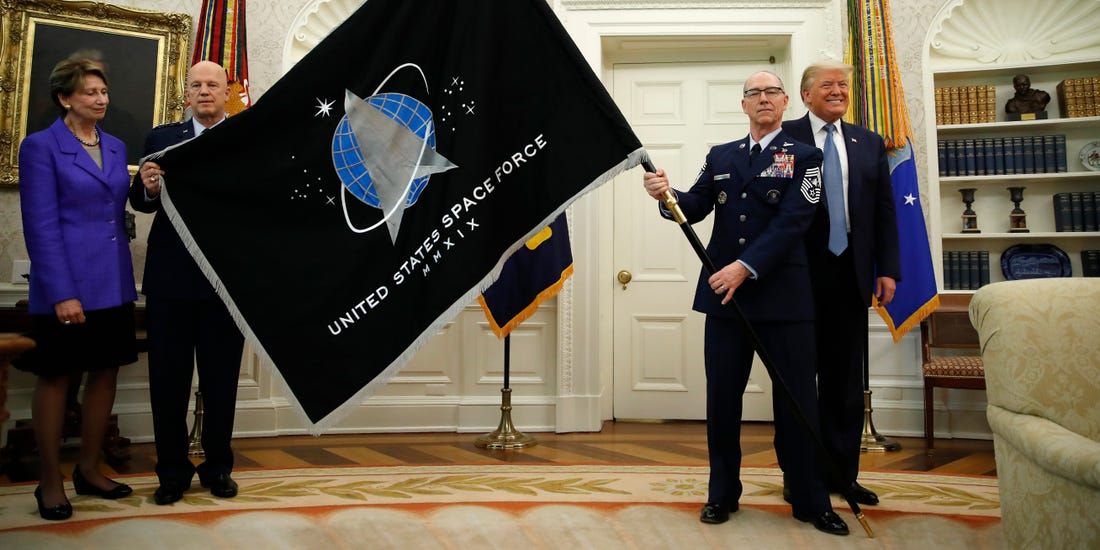 • A House of Representatives amendment to the 2021 National Defense Authorization Act, as proposed by Rep. Dan Crenshaw, R-Texas, would have the Space Force adopt the Navy’s ranks and structure. On July 20th, the House approved the proposed amendment to the NDAA legislation, and the vote on the overall bill is pending.

• Todd Harrison, director of the Aerospace Security Project at the Center for Strategic & International Studies, said that “a good reason to use Navy ranks in the Space Force is to better distinguish [Space Force] personnel from Air Force personnel, kind of like [the Marine Corps] using different ranks than the Navy.”

• Retired Lt. Col. Peter Garretson said that a naval command structure would align with strategic similarities space operations have to laws of the sea. “In maritime theory, navies exist in order to secure commerce,” he said. The space domain has evolved beyond putting equipment in orbit to fostering free movement for commercial purposes, much like ocean shipping routes. Businessmen such as Jeff Bezos and Elon Musk are now monetizing the domain and even plan to create space colonies. “Once that happens,” said Garretson, “it starts to look a lot more like naval power.”

• Other pending Space Force decisions include uniform updates, insignia and a logo design. Officials are also deciding what to call its members.

House lawmakers have signed off on a proposal calling for the military’s sixth branch to adopt the Navy’s ranks and structure.

The amendment to the 2021 National Defense Authorization Act, proposed by Rep. Dan Crenshaw, R-Texas, would require the Space Force to use “the same system and rank structure as is used in the Navy,” according to a summary of the text. Crenshaw, a former Navy SEAL, medically retired as a lieutenant commander.

The House approved proposed amendments to the NDAA legislation in a 336-71 vote Monday; it is expected to vote on the overall bill this week.
“A good reason to use Navy ranks in the Space Force is to better distinguish [Space Force] personnel from Air Force personnel, kind of like [the Marine Corps] using different ranks than the Navy,” Todd Harrison, director of the Aerospace Security Project at the Center for Strategic & International Studies, said last week via Twitter.

Harrison had previously told Military.com that Gen. John “Jay” Raymond, head of the Space Force, getting the title of “chief of space operations” is similar to the Navy’s “chief of naval operations” role — hinting that the newest branch of the military could follow in the Navy’s footsteps.