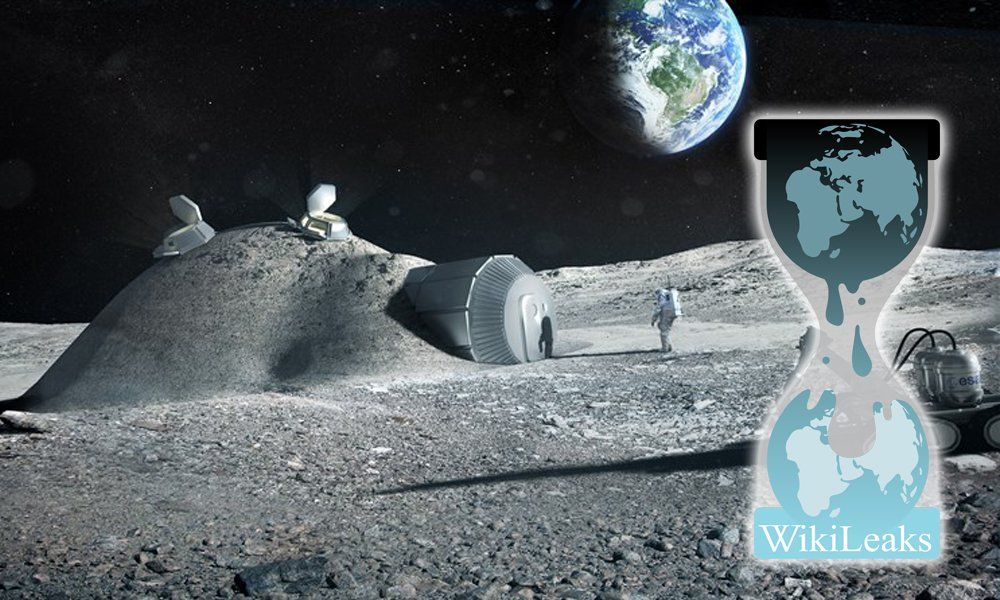 It is my contention that virtually all recent Deep State scandals relate to covering up the Secret Space Program. Certainly the Kennedy Assassination merits that claim.  Dark Journalist Daniel Liszt has shown how Watergate also has connections to the SSP via Richard Nixon and his UFO Time Capsule.  George Webb’s endless research provides links between RussiaGate and the WWII Paper Clip scientists who got us to the Moon.

Joseph Farrell just supported my belief with his latest book indicating that even Joseph McCarthy was investigating UFOs and space related matters in the 1950’s that included a role for Trump’s mentor, Roy Cohn.
https://gizadeathstar.com/2019/04/mccarthy-monmouth-and-the-deep-state/

Now an enterprising researcher on the internet has come out with her own version of a link between current
Deep State scandals and the space program, at least as it concerns a connection to Elon Musk.
http://www.rumormillnews.com/cgi-bin/forum.cgi?read=121614

I am the only one I know who claims that there is something suspicious about the timing of the Assange
arrest and the so-called failed moon landing by Israel that was planned as a celebration of Bibi’s reelection.

I suspect that the arrest was designed to divert attention from the Moon shot—–a remarkable feat for any
country much less such a small one as Israel——–and may include the possibility the mission did NOT
fail despite the official narrative.  To me it is very suspicious!

I completely understand and agree with those who are outraged by the Assange arrest.  As a former civil
liberties attorney, anti-war activist, conspiracy researcher and journalist, I get how disgusting this attack
on an individual speaking truth to power is!

Assange’s Arrest Was an Act of Revenge by US Government

All I am saying is that these events operate on a multitude of levels and need to be peeled back like an
onion to get the full picture of what is involved.  Please keep in mind Assange’s troubled childhood,
criminal activity as a hacker, as well as his likely intelligence connections to obtain a full perspective
including his potential role as an informant/Deep State operative.

And while the world has its attention on him, we get distracted from very serious events like Trump vetoing
the War Powers Resolution for the US to stop supporting the Saudi war in Yemen.  Meanwhile, we are selling
them nuclear technology, still kissing up to Mohammad bin Salman and doing everything we can to provoke
Iran into a new Middle East war.  https://outline.com/ZvVHzv

As the video above shows, there are many heavy-hitters connected to Assange whom the public is ignorant
of while the MSM portray him as a mixture of hero for outing the Empire as well as a bad guy for threatening
national security.

Now with the Musk link to him, however tenuous, my suspicions have increased.  These folks in the VERY
Deep State play at a higher level of intensity that goes way beyond hard ball.  If you think it’s a coincidence
rather than being a big dot that connects lots of top players including John Podesta, then we disagree!

For those claiming I am too distrustful, I say perhaps.  But McCarthy and Cohn connected to above top-secret
black projects and Nixon having a UFO time capsule: who knew about any of that?  With Mueller tied to the
MIC through Gibson Island and his family’s Uranium business as well as Comey helping him suppress cloaking
technology, RussiaGate takes on a different complexion for me than what the official narrative wants us to believe.

Please watch the entire video and reflect on what I am admittedly speculating about.  And be sure to watch it
all the way to the end (about 20 minutes) where you get to see the final link that may be foreshadowing the
person poised to be the Disclosure President after the 2020 election.   Enjoy!