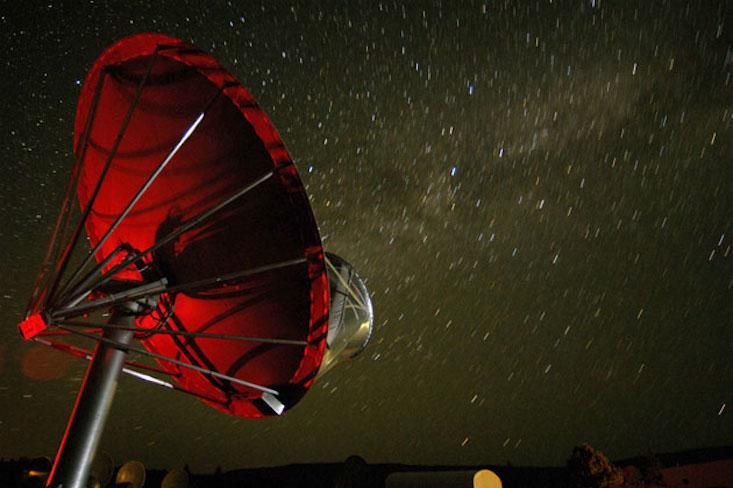 Astronomer Has ‘Little Doubt’ We Are Not Alone in the Universe

Listen to “E204 Astronomer Has ‘Little Doubt’ We Are Not Alone in the Universe” on Spreaker.

• The discovery of extraterrestrial life is at the top of the priority list for NASA, the European Space Agency and the scientific community. In 2020, NASA will put another Mars rover on the Red Planet to look for evidence of past life. SETI continues listening to the night skies for signs of contact.

• Scientist Dr Maggie Aderin-Pocock recently told The Guardian that she had very “little doubt” humans are not the only intelligent life to call this cosmos home. “There are just too many planets, galaxies, solar systems, moons and stars to think there can’t be more life,” said Aderin-Pocock. But she also shed doubt on ever finding any extraterrestrial life saying, “Maybe they came in the age of the dinosaurs and left because they had no one to communicate with.” “I think though that there’s a great many variables that would need to happen to result in us making contact.”

• Apollo 11 astronaut Michael Collins told the New York Daily News: “It seems to me the height of arrogance to say that our little stupid Sun off in one obscure corner of an odd galaxy called the Milky Way should be the only one in the whole universe capable of developing what we sometimes refer to as intelligent life.”

• SpaceX founder and South African billionaire Elon Musk thinks aliens could be real, but we will likely never find them. He points out that the universe is 13.8 billion years old – plenty of time for alien civilizations to rise and fall without humans ever noticing.

• NASA has been focusing on the discovery of habitable exoplanets situated in a ‘habitable zone’ where life could evolve around stars far outside of our solar system. NASA’s William Borucki said, “If we find lots of planets like ours, we’ll know it’s likely that we aren’t alone, and that someday we might be able to join other intelligent life in the universe.”

• NASA’s now-retired Kepler space telescope uncovered thousands of distant exoplanets since 2009. Kepler scientist Padi Boyd stated, “I think it’s a really exciting time to be a scientist.” “Here we are in a position to actually answer the question, ‘Are we alone?’ and be able to get a scientific answer.”

• [Editor’s Note]  Excuse me, but the discovery of extraterrestrial life is NOT at the top of the priority list for NASA, the European Space Agency or the scientific community. This is a load of “scientific” misdirection and double-talk.  In spite of this article’s optimistic title, it is nothing more than a parade of deep state puppets (with the exception of Michael Collins) spouting the deep state’s agenda that while it may be possible that intelligent extraterrestrials exist somewhere, or may have existed in the past, our Earth civilization will never meet them. This is regarded as the “exciting” scientific point of view. They maintain this extraordinary lie so that the public won’t pay attention to the “kooks on the fringe” who claim that extraterrestrial life exists throughout the galaxy, that many alien races have visited the Earth, and they continue to do so. For the past seventy years, the deep state shadow government has done everything within its considerable power to hide this reality. The public is absolutely brain-washed to believe that aliens do not exist anywhere near our solar system, despite the overwhelming evidence of UFOs and extraterrestrial visitation. But very soon the truth will be revealed. And when the truth is finally revealed, people will remember these deep state institutions and ‘scientists’ who made a long and lucrative career of lying to the world.

The question of ‘are we alone in the universe’ has fascinated the scientific community for decades. Aliens and other extraterrestrial organisms are the top of the priority list for bodies like NASA and the European Space Agency (ESA).

In 2020, NASA will launch a Mars rover to the Red Planet to trawl the alien world for evidence of past life.

And projects like SETI or the Search for Extraterrestrial Intelligence are continuously listening to the night skies for signs of contact.

Dr Maggie Aderin-Pocock is one of the scientists who have very “little doubt” humans are not the only intelligent life to call this cosmos home.

The space scientist told The Guardian the numbers are stacked in favour of a diverse universe.

Dr Aderin-Pocock said: “I sometimes wonder where the aliens are, but I have little doubt that they’re out there. It’s the numbers game.

“There are just too many planets, galaxies, solar systems, moons and stars to think there can’t be more life.

“I think though that there’s a great many variables that would need to happen to result in us making contact.

“Maybe they came in the age of the dinosaurs and left because they had no one to communicate with.

“I actually think that aliens arriving would be brilliant for us. Us putting aside our differences and getting our act together to face invading aliens might finally unite humanity.”