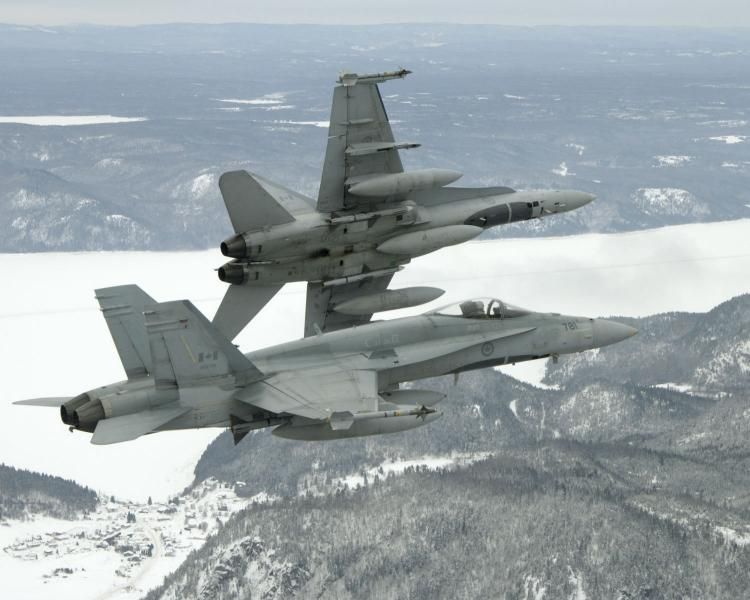 [ZNN UPDATE Nov 29.2013: ZNN has discovered new information within the NORAD Secret Status Event Report discussed and shown in this press release. One line in the NORAD log indicates the CF-18s actually did make contact with an unknown. See ZNN Nov 29 COMMENTS below for the complete UPDATE.]

Toronto [ZNN] ZlandCommunications has been successful in using the Canadian Access to Information Act to obtain first-hand data from the Department of National Defence in Ottawa indicating that Canadian NORAD CF-18 jets were scrambled to intercept ‘unknown tracks’ that had entered Canadian airspace in an unauthorized manner as recently as 2001.

ZlandCommunications has also been successful in obtaining Canadian government documents that indicate correspondence, internal memos and discussions by joint intelligence committees suggesting Canadian government officials were concerned about UFOs and were involved in discussing attempts to keep information from the public about UFOs. Ministers of Defence on at least two separate occasions attempted to explain government policy and activity concerning UFOs.

One joint intelligence committee memo suggests that plans be made should a UFO land on Canadian territory; while another clearly states that Canada should follow the lead of the US Air Force to keep information about UFOs from the public.

Each of the documents below not only describes government UFO documentation, but they each specify actual ‘incidents’ demonstrating that the UFO phenomenon has been assessed, analyzed and sequestered at high levels of intelligence and military authority in Canada.

[Ed. Note: The entire 89 page AIA information document obtained by ZNN includes air traffic controller notations on UFO reports, RCMP officers’ reports, tracking notations and citizen reports on UFOs. These are beyond the scope of this press release however they are available upon request.]

WHAT SPECIFICALLY HAS ZNN UNCOVERED?

Three of these documents originate from government archives. One document has been obtained by ZNN through the Access to Information Act. The final document is correspondence from the Hon. Peter MacKay former Canadian Minister of National Defence to the news director of  ZlandCommunications.

None of the following documents require authentication – as each is original. Details of the repository of over 9500 Canadian UFO related government files is available upon request.

WHY IS THIS FREEDOM OF INFORMATION REQUEST BY ZNN SIGNIFICANT?

As stated in Chapter 2 of the JANAP (Joint Army Navy Air Force Publication) an agreement between the US and Canada, little doubt exists that the unauthorized incursion of unidentified flying objects into Canadian airspace is of national security concern to both countries.

The Canadian documents listed below, in addition to the now de-classified NORAD SECRET EVENT STATUS report in the possession of ZNN, indicate the Canadian government has been and remains vitally concerned about the unauthorized incursion of unidentified flying objects within Canadian airspace – so much so that highly trained pilots, the expansive technical and radar resources of NORAD, in addition to NORAD’s most sophisticated aircraft – CF-18s – are all employed to chase and intercept unknown craft at sub-sonic speeds at 35,000 feet with little or no reported success.

[Ed. Note: It is note-worthy that Minister MacKay in his correspondence to ZNN – after a less-than-thorough examination of the facts and questions submitted to him by ZNN – attempts to explain these event sightings to ZNN as migratory geese or flocks of birds. ZNN is unaware of any species of ornithoids capable of flying at 35,000 feet at over 400 to 500 mph.

All of the above raises serious and unacknowledged questions.

These and other questions bring into sharp focus substantial historical, on-going and covert discussions and documentation about the UFO phenomenon among Canadian government agencies – none of which has ever been openly addressed by bureaucrats, military officials or elected representatives.

In this context, and in the opinion of ZNN research staff, these discussions and the available documentation are so substantive that it may represent sufficient evidence – if not proof – that:

a) Unidentified flying objects are real;

b) Both Canada and the US have put in place mechanisms for tracking, reporting on, and pursuing unidentified flying objects;

c) The Canadian and American governments consider these objects as authentic.

d) No attempt has been made by government, NORAD or Canadian Air Force officials to inform the general public about these concerns.

Conclusion: Factual evidence exists that the UFO phenomenon is of sufficient authenticity as to be of a real and on-going concern to the Canadian government and its joint NORAD operations with the USA.

The second reason why this freedom of information request is significant is that it represents an initial step in raising the need for a serious, on-going and in-depth investigation into what these objects may be and why the Canadian government and its military are so reluctant to carry on an open dialogue within the House of Commons, with the media and with the citizenry of Canada.

It remains the position of ZlandCommunications that the historical and on-going government documentation and military activity – both domestic and international – is sufficient evidence to launch either co-terminus or independent investigations by media and government over-sight agencies to assess shadow-government or intell-agency(s) complicity in covert operations that deny the public its democratic rights with respect to the nature of the UFO issue and extraterrestrial interaction on the planet.

Finally – this freedom of information request is significant because – as seen in ZNN’s correspondence to then Minister of Defence the Hon. Peter MacKay – the Minister avoided answering 9 of the 10 questions put to him by ZNN.

This lack of transparency surrounding a national security issue suggests that either Canadian government officials are totally ignorant of the facts surrounding the UFO matter or – they and the infrastructure of government and its military have something to hide with respect to the existence of UFOs.

1) The Canadian government’s position on the issue of unidentified flying objects;

2) NORAD’s records outlining the frequency with which Canadian jets are scrambled to track, intercept or identify craft of unknown origin, and;

3) Seeking answers to the 9 other questions put to the Minister in the ZNN correspondence to him.

To date, the mainstream press has remained silent on this front – avoiding any in-depth investigation – despite the evidence that government agencies and the military take the UFO matter very seriously.

The following documentation is submitted for consideration.

Review all Department of Transport Documents:

The following pages are part of an 89 page set of documents that were obtained by ZNN through the AIA (Canadian Access to Information Act). The report catalogs the scrambling of 2 CF-18’s out of COMOX AFB in British Columbia Canada in 2001 to chase three ‘unknown tracks’. It should be pointed out that during this episode – a MEDVAC (LR-35 Medical Evacuation jet) was also involved in what appears to be the visual confirmation of the “unknown tracks”.

It also should be noted that large sections of these documents have been redacted in white. Over 50% of pages one and two are redacted. Note also that within the ATC flight transcripts obtained by ZNN multiple time-segments of the activities performed by the CF-18’s have been redacted under the provision of section 15(1) of the Access to Information which states the head of a government institution may refuse to disclose information:

CORRESPONDENCE FROM CANADIAN MoD PETER MACKAY IN RESPONSE TO QUESTIONS PUT TO HIM BY ZNN RE: ABOVE NORAD DOCUMENTS.

These correspondence reflect exchanges between the office of the former MoD the Hon. Peter MacKay and ZNN about his knowledge of this incident concerning specific questions put to him by ZNN.

It should be noted that:

a) The Minister failed to respond to all 10 questions but one, and,

b) He was unable to locate the NORAD Status Event report that was obtained by ZNN. [The Minister’s response is shown first. The questions from ZNN are below the Minister’s response.] https://docs.google.com/viewer?a=v&pid=sites&srcid=ZGVmYXVsdGRvbWFpbnx6bGFuZGNvbW11bmljYXRpb25zfGd4OjdiMDhkZmM0OThjNDNmZTk

Questions or comments may be directed to ZNN.

Visit our blog site at: http://zlandcommunications.blogspot.ca

A news service that takes you to the edge… and beyond.