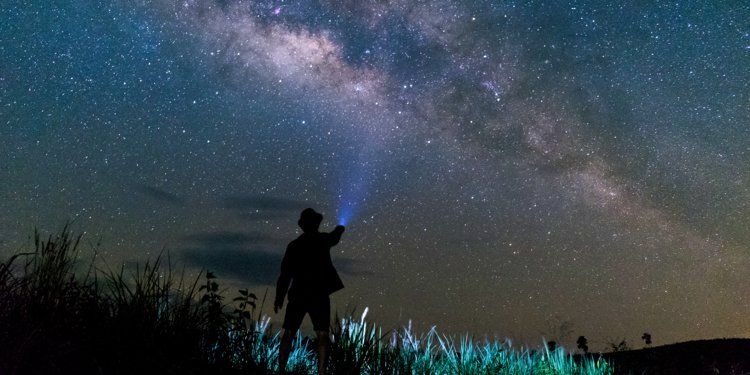 Why Alien ‘Megastructures’ May Hold Key to Making Contact With Extraterrestrials

• For nearly 70 years the scheme favored by most scientists in looking for extraterrestrial life on other planets, and that employed by SETI (the search for extraterrestrial intelligence), has been to beam radio transmissions toward celestial objects in space. Radio waves can easily traverse light-years. (The article’s writer is a former director and senior astronomer at SETI.)

• An attractive alternative might be in searching for alien structures and large artifacts in the form of massive engineering works constructed by an advanced extraterrestrial society.

• University of Chicago physicist Daniel Hooper recently suggested looking for clusters of stars where an advanced civilization may have moved distant stars into their own orbit as back-up suns. Corralled stars would be easy to spot, reasons Hooper.

• In 2015, astronomer Tabetha Boyajian and her colleagues thought that they’d found a star around which a Dyson sphere had been constructed by an extraterrestrial civilization. It was noted that ‘Tabby’s Star’, 1400 light years away, would dim as the star rotated. Today, scientists believe that the dimming comes not from a mega-structure, but heavy dust surrounding the star.

If you’re trying to come up with the best game plan for proving the existence of extraterrestrials, you’ve got plenty of options. Naturally, you want a strategy with a high chance of success, simply in the interests of time, money and a shot at the Nobel Prize.

For nearly 70 years the scheme favored by most scientists has been to look for signals — radio transmissions. That’s the classic approach of SETI (the search for extraterrestrial intelligence), and frankly, it makes sense. Radio can easily traverse light-years, and the technology for detecting it is well known and highly sensitive.

But is looking for signals really the best plan? Is it possible that we’re making the wrong bet?

There’s an attractive alternative: searching for physical artifacts — alien structures. We’re not talking about crop circles or other odd phenomena here on Earth. We’re talking about massive engineering works that an advanced society has constructed somewhere in space.

Why search for artifacts? Because it eliminates the requirement that the aliens have chosen to get in touch — to transmit radio signals our way. Sure, maybe they’d want to do that, but then again maybe they’d rather lay low. If you’re not sure you’re the Milky Way’s top-dog society, you don’t want to bet the farm by assuming that the alpha aliens, wherever they might be, have good intentions. Silence could have survival value.

There’s another point: Picking up an alien civilization’s transmissions requires that the signal reach your telescope at the very moment that you’re pointing it in their direction. This is SETI’s well-known “synchronicity” problem, and it’s been likened to firing a bullet and expecting that it will intercept, head-on, another bullet shot by someone else. Improbable.

In nearly every radio SETI experiment, the amount of time spent listening at any given frequency is but a few minutes. The universe has been around for nearly ten thousand trillion minutes, so SETI efforts are a bit like stepping into the backyard hoping you’re just in time to catch a raccoon stealing the cat food.

Of course, you can believe the aliens have some good reason to spend lots of time transmitting to Earth, but if they’re even a short distance away (astronomically speaking), they won’t know we’re here — there hasn’t been enough time for our radar and television signals to reach them yet, even at the speed of light.

In contrast, artifacts may be lurking in space just waiting our discovery, all night, every night. China’s Great Wall and the Egyptian pyramids are earthly constructions that have existed for centuries. Finding them doesn’t demand much synchronicity.