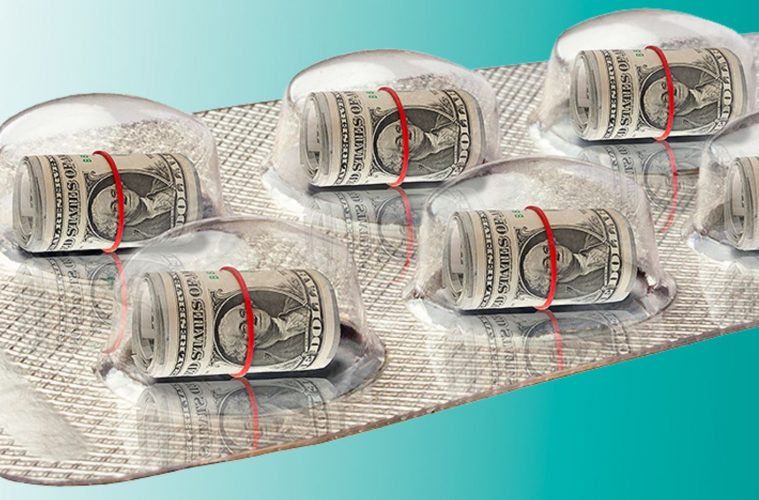 • On October 17th, 100 US military veterans filed a federal lawsuit against numerous top multi-national pharmaceutical companies, claiming that these companies funneled funding to enemy terrorist organizations through “kick-backs” to Iraq’s Ministry of Health.

• The lawsuit claims that these Big Pharma companies are responsible for hundreds of American casualties.

• The plaintiffs state that these corporations funded the ministry employees by supplying them with additional drugs and equipment packaged for resale on the black market, in addition to creating a “slush fund” for ministry officials sympathetic to the terrorist groups.

• The ministry was essentially a front for Jaysh al-Mahdi, which many U.S. army officials refer to as “the pill army” because the troops were compensated in pills instead of actual money.

• These companies have paid generous amounts of money in the past to settle similar claims in order to successfully gain further contracts in Iraq.

• The lawsuit alleges that the companies are in violation of the U.S. anti-terrorism act.

• [Editor’s Note]  It appears that in the Deep State cabal/ capitalist world, paying kickbacks to enemy groups in order to gain lucrative contracts and settling the resulting lawsuits are simply ordinary costs of doing business, so that these huge multi-national corporations may continue to fund their secret space programs and off planet operations that are earning them even greater profits.

On October 17, over 100 U.S. veterans and relatives of American soldiers who were either injured or killed during the Iraq war filed a federal lawsuit against numerous U.S. and European Big Pharma companies. These aren’t just tiny corporations, they’re some of the leading companies in the medical industry, including Johnson & Johnson and Pfizer.

Those involved in the lawsuit are claiming that these companies regularly paid officials in Iraq’s Ministry of Health, who then used the money to fund the militia that was responsible for many attacks against U.S. troops.

So, why are Big Pharma companies funding Iraq’s Ministry of Health, and more importantly, did they know the money would end up in the hands of terrorists?

It seems sort of strange that Big Pharma companies, especially those based in the U.S., would fund the very terrorist organizations that were attacking U.S. troops in the first place. But then again, it’s also sort of strange that the U.S. government funds and trains terrorist groups such as Al Qaeda and ISIS, so perhaps this shouldn’t come as such a surprise.

The lawsuit was filed against five major pharmaceutical giants: AstraZeneca, General Electric, Johnson & Johnson, Pfizer, and Roche Holding. The lawsuit claims that these organizations financed terrorist organizations that are responsible for the deaths of hundreds of American soldiers, and numerous soldiers and veterans who were wounded in the Iraq war.

These companies allegedly paid kickbacks to higher-ups at Iraq’s Health Ministry, and these payments were made when the ministry was controlled by the Jaysh al-Mahdi, or Mahdi Army, an “anti-American” Iraqi militia backed by Iran. The lawsuit includes a 27-page list that details all of the reported deaths and injuries of American troops that were caused by Jaysh al-Mahdi from 2005 to 2009.

In terms of how much the officials at the ministry were being paid, these companies allegedly bribed them with as much as 20% of a total contract’s value. The plaintiffs stated that these corporations funded the ministry employees by supplying them with additional drugs and equipment.

They noted that these free items were packaged in “a manner conducive to street resale” so that the ministry officials could resell them on the black market. In addition, the companies allegedly designed a “slush fund” from 2004 to 2013 in order to fund “after-sales support and other services,” but in reality, the money was apparently used for the Health Ministry officials.

The lawsuit argues that by funding the officials, the corporations “aided and abetted Jaysh al-Mahdi’s terrorist operations against Americans in Iraq.”