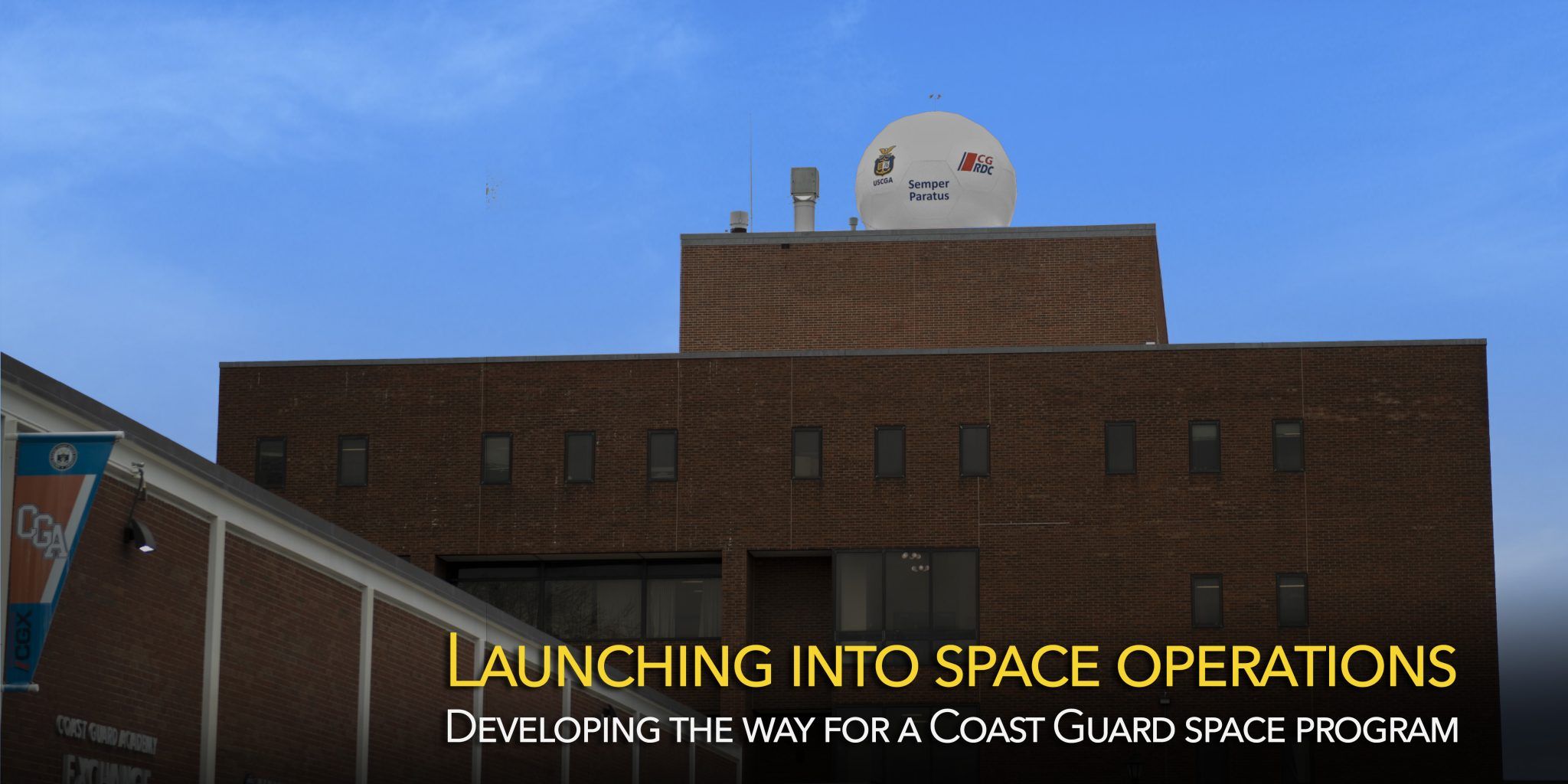 The US Coast Guard’s Future is in Outer Space

• The Coast Guard serves as the United States’ Arctic governance presence. This requires of the Coast Guard the ability to communicate ‘over-the-horizon’. In December 2018, teamed up with the Department of Homeland Security Science and Technology Division and SpaceX to launch two small cube satellites (“cubesats”) — Yukon and Kodiak — over the Arctic as part of the ‘Polar Scout program’. While the Coast Guard lost its communications link to the satellites shortly after their launch, the fact that the service looked to space to meet its mission objective is a forerunner of things to come.

• These two cubesats were intended to serve as the vanguard of enhanced telecommunications coverage in the Arctic. As the warming climate melts the ice at the north pole, this increases the international shipping access by the US, Russia and China. This increases the strategic significance of the Arctic, and the need for increased governance.

• The second great Space Age will be turbo-charged by computer processing and commercial space markets. The Coast Guard should take advantage of the increasingly affordable access to space that commercial space opportunities provide. Space-based surveillance can assist with many Coast Guard missions including maritime law/drug enforcement, intelligence, buoy tending, vessel traffic management, and icebreaking. Coast Guard icebreaker vessels should serve as ocean station sentinels. And the Coast Guard should add additional satellite link stations such as the one in New London, Connecticut.

• Next, the Coast Guard should develop a ‘Space Operations Strategic Outlook’ to establish space competencies across the entire Coast Guard. The 2019 Coast Guard Authorization Act includes statutory language that would extend Coast Guard ‘Captain of the Port Authority’ beyond its twelve nautical-mile limit to facilitate safe and secure space operation support at sea. The Coast Guard should partner with Space Force to provide space ‘search and rescue’.

• Government, military and commercial space entities fully intend a rapid increase in human space flight. Space Force should have the capability to render assistance to distressed space farers. This is consistent with the Outer Space Treaty and the Agreement on the Rescue of Astronauts, both to which the United States is party. Currently, there is no specific statute authorizing a US agency to conduct such rescue operations in space. The Coast Guard’s broad search and rescue would provide excellent models for developing a foundation for the Coast Guard assist with Space Force/Space Command in space-based search and rescue operations.

• On their face, “outer space” and the “Coast Guard” are two terms that do not seem to have much in common. But with the ready access to space in the 21st century, now is the time for the Coast Guard to consider how to alter its planning to capitalize on the opportunities and to meet future challenges in space.

In December 2018, the U.S. Coast Guard joined the space faring community. It teamed up with the Department of Homeland Security Science and Technology Division and SpaceX to execute the launch of two small cube satellites (“cubesats”) — Yukon and Kodiak — as part of the Polar Scout program.

in the Arctic, a domain that has always been important but is of increasing strategic significance today because it is at the intersection of great power competition and global climate change. In short, a warmer climate results in greater access; greater access results in greater maritime traffic, including by Russia and China. The Chinese, in particular, are constantly pressing to exploit resources the world over, be it living marine or hydrocarbon-based. Likewise, greater traffic means more need for increased governance presence to ensure safe, rules-based operations within the Arctic.

The Coast Guard is statutorily charged with serving as the United States’ Arctic governance presence. This means the Coast Guard increasingly requires the ability to communicate over-the-horizon — thus, Polar Scout. And while the Coast Guard lost linkage to Yukon and Kodiak shortly after launch, the mere fact that the service had the vision to go boldly to the heavens to meet that need should be a forerunner of things to come.

Space issues are a hot topic in 2020. Indeed, we are at the start of a second great space age, one that is

shaping up to be turbo-charged by the commercial market and the seemingly never-ending, exponentially increasing power of computer processing. The United States is pursuing the Artemis Accords, the Space Force is getting off the ground, NASA is looking towards Mars (but first to the moon! To stay!), and commercial space pursuits are booming. The Coast Guard has already gotten in the game, but it must continue to seriously consider space as it develops budgets and strategies for the future.

To succeed as an information-age military service and total-domain governance agency in the 21st century, the Coast Guard should view space through three lenses. First, how can the service best capitalize on cheap, ready access to space to facilitate its missions, as it had already started to do so with the Polar Scout launches? Second, how do commercial space efforts interact with the maritime industry and maritime domain; and to what extent, if any, does the Coast Guard need to adjust or modify its extensive suite of operating authorities and regulations to ensure that any risk to the safety and security of the maritime is adequately addressed? And third, how can the Coast Guard, as part of the joint force, assist the Space Force in executing the latter’s own responsibilities?