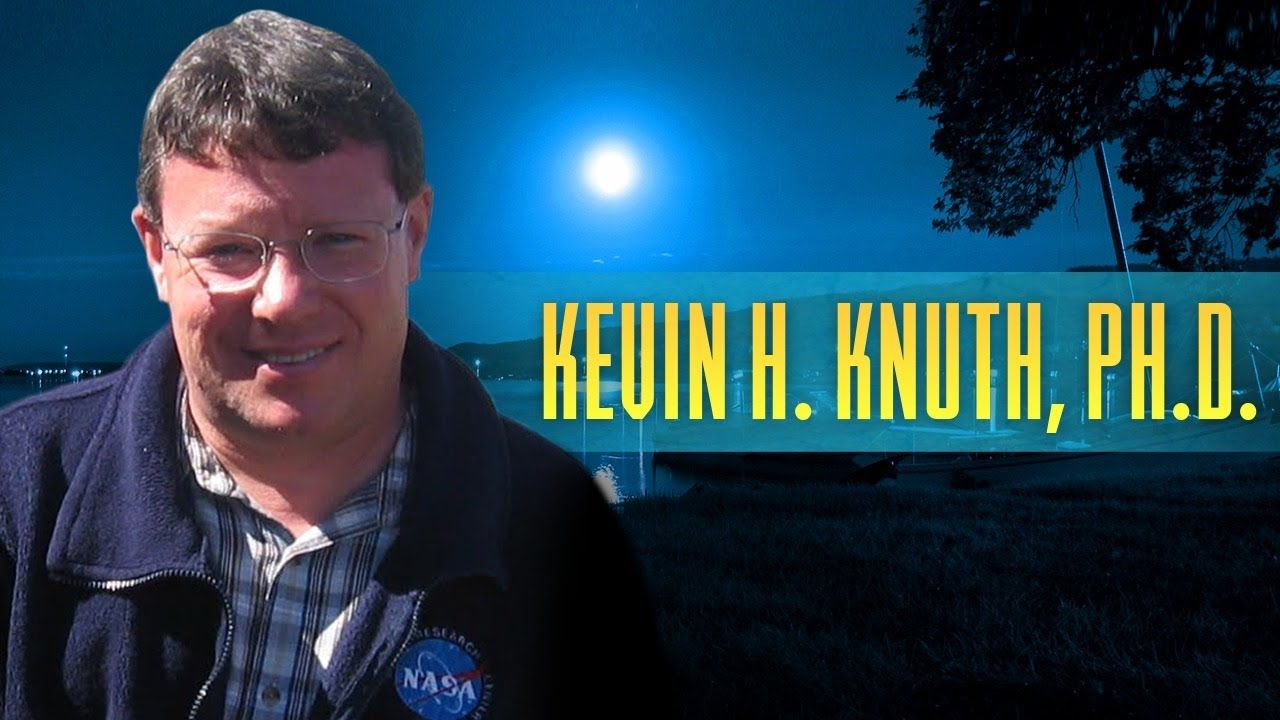 ‘The Research is Only Just Starting,’ UAlbany Prof Says of UFOs

• Why do people reject notions of extraterrestrial life on Earth? Associate professor of physics at the University of Albany, Dr. Kevin Knuth, chalks it up to “human arrogance.” “It happens time and time again,” said Knuth, a former NASA scientist. Often, humans are simply unable to accept the truth.

• When Knuth was working toward his doctorate at the Univeristy of Minnesota, he and some other students were mulling over a newspaper report of cattle mutilations near the school’s campus. A physics professor added to the puzzle by informing the students about UFO sightings at a nearby nuclear site. Knuth and the students laughed it off. Years later, Knuth came across a video of Robert Hastings talking about “nuclear incursions” by UFOs, including the time they were seen over that same Minnesota nuclear site. Knuth decided that perhaps he should take a closer look into it.

• Knuth examined at the case of the head of Harvard’s psychiatry department, Professor John E. Mack, who had interviewed hundreds of proclaimed alien abductees. Before his passing in 2004, Mack told the BBC, “I would say there is a compelling, powerful phenomenon here that I can’t account for in any other way.” “[I]t seems to me that it invites a deeper, further inquiry.” Harvard dropped the investigation.

• Knuth says that interest in UFOs has fallen victim to “circular logic” where, because it feels so unscientific, many scientists won’t touch the subject, leading to a reinforcement of the idea that interest in UFOs is solely the purview of pseudoscientists and conspiracy theorists. Knuth noted that, “There’s been scientists who have been interested in this all along, but… were afraid of the stigma.” The government’s new term, ‘UAP’ or ‘unidentified aerial phenomena’ is another deliberate attempt to escape the stigma of UFO research.

• Since the US Navy acknowledged last year that Navy videos released in 2017 (including the ‘tic tac’ UFO) were “real”, Knuth has sensed a shift in credibility toward UFOs. Some of these UFOs achieved up to 5000 times the acceleration of gravity and indicated an unnatural, non-human origin. He now sees a ‘very real science’ to these strange observances that have been made across the globe and throughout history. “Now the trick is looking for an explanation.”

• Knuth entertains two working hypotheses in approaching a UFO incident. One is that extraterrestrials are behind the encounters. The other considers the possibility of an Earth-based civilization having “extreme technology.” Said Knuth, “For me, it suggests that we missed some physics somewhere.”

• To that end, Knuth became a member of both UAP eXpeditions and the Scientific Coalition for UAP Studies. UAP eXpeditions will be renting two vessels to navigate an area of the Pacific Ocean that is considered a UFO hotspot, and is near where the USS Nimitz had an infamous (‘tic tac’) encounter in 2004. (see previous ExoArticle here) Knuth is also working on simulations to predict where these craft might have originated from within the universe.

• Knuth believes that the UFO subject could prove critically important someday. “No matter what it is, it’s something we don’t know [scientifically],” says Knuth. “And isn’t that something we should want to know about?”

ALBANY COUNTY — When asked why people reject notions of extraterrestrial life on Earth, Kevin Knuth, an associate professor of physics at the

University of Albany and a former scientist for the National Aeronautics and Space Administration, chalked it up to “human arrogance.”

“It happens time and time again,” Knuth said. “‘The Earth is flat. Humans couldn’t possibly have descended from apes.’ It’s hard to believe, so it’s easier not to.”

That a pandemic would tank the United States economy and fundamentally alter the lives of every American was also hard to believe, just a month ago. Now, millions, if not billions, of people are confined to their homes, wondering about new hypotheticals after what was once an impossibility exploded into their reality.

The story of Knuth’s interest in UFOs is not dissimilar. While he was at the University of Minnesota, two weeks into working toward his doctorate, a report in the local paper of two cattle mutilations near the school’s campus caught the attention of incoming students.

“We were actively discussing this,” Knuth recalled, “scratching our heads, trying to figure out what kind of crazy place we all came to.”

Overhearing one of those conversations, a physics professor offered the students information about UFO sightings at a nearby nuclear site as a means of furthering discussion, but the students, including Knuth, largely ignored him.

“When he walked away, we laughed our asses off because it seemed so ridiculous,” Knuth said.