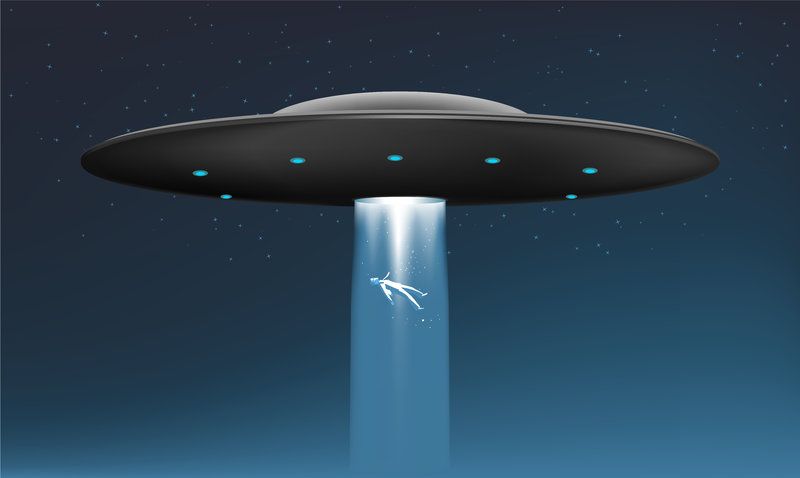 The Dark Connection Between UFOs and Grisly US Mutilations

• Reports of unexplained mutilations carried out on animals in the US Western and Midwestern states have baffled investigators for decades. Incidents of mutilated cattle, sheep, horses, rabbits, deer, bison and elk with the bloodless corpses, often lacking jaw flesh, eyes, ears, tongue, lymph nodes and genitalia, have been reported since the early 1970s. Many have speculated that the perpetrators might be otherworldly beings conducting biological experiments on Earth’s inhabitants.

• In 2009, The Denver Post reported four calves were found mutilated in similar ways. NPR reported on a 2019 incident in (Oregon) in which five young purebred bulls showed up dead, drained of blood and with body parts cleanly excised. (see Exoarticle here) “A lot of people lean toward the aliens,” Harney County Sherriff’s Deputy Dan Jenkins told NPR. “One caller told us to look for…a depression under the carcass, ‘cause he said that the alien ships will kinda beam the cow up and do whatever they are going to do with it. Then they just drop from a great height.”

• Author Ben Mezrich writes in his book, The 37th Parallel: The Secret Truth Behind America’s UFO Highway, that dating back at least 50 years, some 10,000 cattle have been mutilated in the Midwest area along latitude line 37. No official answer has ever been given for these strange incidents, and they remain unsolved. But these aren’t limited to animal mutilations. There are compelling incidents of human beings similarly mutilated.

• In March 1956, Air Force sergeant Jonathan P. Lovette was assisting Major William Cunningham at the White Sands missile testing grounds near Holloman Air Force Base in New Mexico, searching for scattered debris from a recent rocket test. Suddenly, Cunningham heard a loud scream. He crossed over a dune and saw Lovette being dragged by a long serpentine arm wrapped around his legs, connected to a silver disk hovering in the air 15 feet above him. Cunningham watched as Lovette was pulled inside the craft, which then rose up into the sky.

• According to Military Encounters With Extraterrestrials: The Real War of the Worlds by Frank Joseph, Holloman Air Force base personnel confirmed an unidentified radar contact that day. Search parties were dispatched to the desert. Three days later, Lovette’s nude corpse was discovered 10 miles from the abduction site. The Air Force investigated the case under Project Grunge, a short-lived precursor to the better-known Project Blue Book, which allegedly resulted in a 600-page document labeled “Project Grudge Report 13.” Problem is, though Grudge Reports 1 through 12 have been declassified, along with Report 14, there is no official mention or accounting of Report 13. The U.S. government denies its very existence.

• Two men came forward to say that they had actually read ‘Report 13’. William Cooper said that in the early 1970s, he was tasked with analyzing an annotated version of Grudge Report 13. Former Green Beret captain William English says he too was asked to analyze the document while assigned to a US Air Force base in England. English dictated two audio cassettes outlining what he remembered from Report 13, as documented in Joseph’s Military Encounters. Cooper’s and English’s accounts closely match one another.

• According to Report 13, Lovette’s body had been cleanly mutilated. His tongue had been cut from the lower portion of the jaw, his eyes gouged out and his anus removed. The body had been completely drained of blood, but there was no vascular collapse usually associated with death by bleeding. English alleges that the coroner remarked on the apparent surgical skill used to remove the organs—in particular that the anus and genitalia had been neatly extracted like a plug.

• In 1988, a human body was found at the Guarapiranga Reservoir in Brazil. According to reports, the victim had been dead for 48 to 72 hours, but there was no sign of decomposition. The eyes, ears, tongue and genitalia had been removed, as had the digestive organs. Officials were never able to identify the victim.

The details are both grisly and strangely surgical: corpses found under the open sky with their eyes plucked out, tongues removed and private parts excised—all extracted with the utmost precision and leaving not a drop of blood.

Reports of such unexplained mutilations, carried out on both humans and animals, have baffled investigators for decades, leading to speculation about whether the perpetrators might be otherworldly beings conducting biological experiments on earth’s inhabitants. While scores of reports have emerged from U.S. western and midwestern states detailing mysterious bloodless animal mutilations, human cases have been far less common—and often much sketchier in their documentation.

The enigmatic ‘Project Grudge Report No. 13’

One of the most shocking cases, the Lovette-Cunningham incident, involves an American Air Force sergeant allegedly abducted by a saucer-like aircraft, after which his cleanly mutilated body was found in the New Mexico desert. In ufology circles, reports have circulated that the case was studied by Project Grudge, one of the earliest U.S. Air Force programs tasked with investigating sightings of unidentified flying objects in the years after World War II. (Project Grudge was a short-lived precursor to the better known Project Blue Book, which ran from 1951 to 1969, many documents from which are now declassified.) The result of the Air Force investigation into the purported abduction was allegedly a 600-page document labeled “Project Grudge Report 13.”

Problem is, no official information on Report 13 exists and the U.S. government denies its very existence, so its details are known only from second-hand sources who claim to have seen and analyzed the document. One account came from controversial conspiracy theorist William Cooper (1943–2001), who asserts he was tasked with analyzing an annotated version of Grudge Report 13 in the early 1970s. The other came from William English, a former Green Beret captain who says he too was asked to analyze the document, while assigned to a U.S. security service at a former Royal Air Force base in Chicksands, England.

English dictated two audio cassettes outlining what he remembered from Report 13, and according to Military Encounters With Extraterrestrials: The Real War of the Worlds by author Frank Joseph, English also participated in a 1991 Colorado radio broadcast where he discussed his findings. Cooper’s and English’s stories echo one another closely.

A terrifying abduction, a curious autopsy

Both recount an alleged incident of March 1956 involving Air Force sergeant Jonathan P. Lovette, who was assisting Major William Cunningham in the White Sands missile testing grounds near Holloman Air Force Base in New Mexico. While searching for scattered debris from a recent rocket test, Cunningham was shocked when he heard a loud scream. Thinking Lovette had perhaps been bitten by a snake, English recounts Cunningham crossed the dune to aid his partner when he purportedly witnessed one of the more bizarre human-extraterrestrial encounters.

Instead of finding Lovette nursing a snake bite, Cunningham, according to English, recounted seeing the soldier being dragged by a long serpentine arm, wrapped around his legs, connected to a silver disk hovering in the air 15 to 20 feet away. Cunningham watched, frozen in horror, as Lovette was pulled inside the craft, which then rose vertically into the sky. The major then stumbled toward his jeep and radioed for assistance.

Security teams arrived and the disturbed Cunningham was confined to the base hospital for observation and treatment after retelling what he believed he witnessed. According to Joseph’s Military Encounters book, base personnel did confirm an unidentified radar contact near Holloman at the time Lovette vanished. The base dispatched search parties into the desert, but it would be three days before Lovette’s nude corpse was discovered—some 10 miles from the site of the alleged abduction. From all indications the body had been exposed to the elements for 24 to 48 hours. According to English, the report offered no explanation of what might account for the missing third day, and the autopsy performed on Lovette raised more questions than delivered answers.