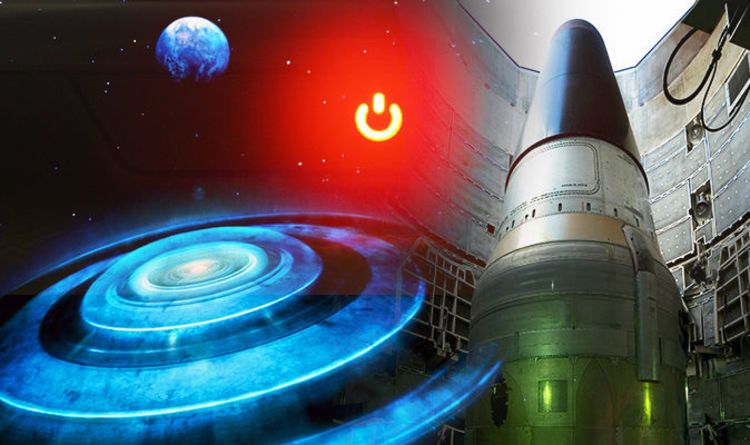 • Hastings took most of his information from former Lieutenant Robert Salas, who was the Oscar Flight Launch control center commander at the time. Salas claimed that base security patrols on the surface above him phoned to report seeing UFOs hovering above one of the E-Flight silos at the Air Force base. Then an alarm sounded indicating that one of the Minuteman missiles had become ‘inoperable’. Then nine more missiles at Oscar Flight went inoperable as well.

• Salas acknowledged that members of the Echo-Flight missile and maintenance crew included Captain Eric Carlson and First Lieutenant Walt Figel. Salas indicated that they had also seen the UFOs directly above their base.

• James Carlson is the son of Captain Eric Carlson who was a maintenance officer at Echo-Flight. James Carlson contends that while ten of the Malmstrom missiles did shut down that day, both his father and retired Colonel Walt Figel denied seeing any UFOs. Hastings responded by saying that James’ father simply didn’t tell him the truth, and that James had never spoken with Figel at all. James Carlson responded to Hastings’ accusation by providing uncontroverted evidence of his correspondence with Figel. And James insisted that his father, Eric Carlson, “never lied to (him) about anything”. James Carlson states: “I can say with complete confidence today that both Robert Hastings and Robert Salas have knowingly mislead their entire audience into believing a lie they were well aware of in order to sell their books.”

• In his documented conversation with Walt Figel, James Carlson related that Figel had read Hasting’s book and he told the authors that “there are many inaccurate statements and events in the books”. He goes so far as to say that Salas was never involved with the Echo Flight, and that neither Echo-Flight nor Oscar-Flight at Malmstrom ever had any UFO incident “or any other equipment failures”. Figel confirmed that he doesn’t believe in UFOs, has no interest in Ufology, and he is not a fan of Salas, Hastings or the “whole UFO crowd”.

• James Carlson says that Hasting’s primary source for the UFOs over Echo-Flight base, according to Hasting’s own statements – is Walt Figel – and that Figel’s assertions are proof that Eric Carlson has lied about this event. James calls Hastings and Salas out accusing them of making knowingly false statements. James Carlson stated publicly that Hastings has said ‘over and over again’ that James’ assertions are lies, and that Hastings can easily prove this. And yet, Hastings has produced nothing to dispute James’ father Eric and Walt Figel’s account denying any UFO interference at Malmstrom.

• Walt Figel recalls that after the first missile silo shut down, he and Eric Carlson were ran maintenance checklists when the second missile shut down. Shortly thereafter, the other eight missiles shut down as well. Figel said that there was no “large gathering” of people on site that morning. No one from any UFO office in the Air Force ever interviewed or debriefed him or Eric Carlson. In fact, Figel said he didn’t even know that the Air Force had a UFO office that monitored “UFO sightings”. Back then, whenever someone mentioned UFOs, Figel just laughed it off as a joke.

• Then James Colson turned to his father, Eric Carlson’s account of the incident. “[T]here is no doubt in my mind that there were no reports of UFO’s and no incident at Oscar flight,” said Eric Carlson. “The report that we had lost ten missiles is accurate. It was not uncommon to lose one missile or even two to no-go status. It was unheard of to lose all ten.” Eric said that Figel never spoke to a security guard above them on the surface who told them about hovering UFOs, as Salas claims. And neither Carlson nor Figel were “visibly shaken” as Salas claims.

• Eric Carlson says that the “voice reporting system did report a guidance and control system malfunction”. But subsequent investigations by Boeing engineers turned up no explanation for what could have caused the shutdown, and some speculated that only a high-energy electromagnetic pulse could have entered the shielded system to cause the failure.

• Since the USAF frowned upon the reporting or even internal acknowledgement of UFO events or sightings, could it be that Air Force personnel would not provide an accurate accounting? “I never felt constrained in any way regarding reporting any unusual activities around missile sites,” said Eric Carlson. “In fact, I believe we were encouraged to report unusual incidents or events.”

• “The crew members of the 10th SMS were a tight group,” said Eric Carlson. “We were the first minuteman squadron activated and did a lot together. …At no time were UFOs mentioned to me.” Hastings has publicly questioned Eric Carlson’s memory, and stated that Eric Carlson told Hastings that his son, James, has suffered with “severe mental problems that have worried my family”, implying that James cannot be trusted. James says that he is “seriously considering a lawsuit directed at Robert Hastings for slander and defamation of character”.

According to Ufology researcher/writer Robert Hastings, on March 16, 1967, the appearance of UFOs at Echo-Flight nuclear missile facility allegedly shut down the missile silo. Robert Hasting’s information came from a man named Robert Salas who claimed he had witnessed the event.

The son of one of the officers who was involved in the Echo flight incident, named James Carlson, took

Hastings and Salas to task for those claims. Carlson contends that both his father and retired Col. Walt Figel, the other officer involved in the incident, both reported that there were no UFOs.

Hastings denied that James was ever in touch with the second witness, Col. Walt Figel. James Carlson provided us with records of his correspondence with Figel, which proved that Figel actually confirmed James Carlson’s interpretation of how the event actually occurred.

In March of 2010, James Carlson wrote:
Robert Hastings has made much of the fact that I have refused to interview his witness, Col. (Ret.) Walter Figel, Jr., regarding his recollections of the Echo Flight Incident on March 16, 1967.

I have, in fact, contacted Col. Figel, but didn’t feel that it would be very ethical to discuss in detail the event he recalls without securing first his complete cooperation, authority, and permission to do so. Having secured that this very evening, I am now prepared to discuss the matter in full. I can also add, very strongly, that my father never lied to me about anything, as Hastings claims, and that his recollections match exactly those of Col. Figel’s. I’ve “slandered and libeled” nobody, and I can say with complete confidence today that both Robert Hastings and Robert Salas have knowingly mislead their entire audience into believing a lie they were well aware of in order to sell their books.

James reported that Col Figel reported:
1. Col. Figel does not believe UFOs were “even remotely associated with the Echo Flight Incident, or any other equipment failures at Malmstrom.”

2. Col. Figel confirmed that he has no interest in Ufology and is not a fan of the UFO crowd.
3. Figel stated, “I have read both of their books. There are many inaccurate statements and events in the books. I have told them both that.”
4. He also stated that Salas was “never involved in any of them (the flights) at all.

In August of 2010, James learned that there were rumors floating about that his communications with Figel had never taken place. To set the record straight, James Carlson wrote the following commentary in a post on RealityUncovered (a now defunct UFO forum):
“I’ve discovered that there a lot of people out in the world who are convinced that I have not had any discussions with COL.(Ret.) Walter Figel, Jr., […] This is patently untrue and can be easily shown as such. Robert Hastings has knowingly published versions of this event that he has been told are false by both my father and Walt Figel, and his claims to the contrary are little more than silly attacks that are intended to delay the ruination of his and Robert Salas’ Echo Flight claims until after his pathetic little dog and pony show at the National Press Club in Washington, DC next month. The fact that he would do so at the expense of another man’s reputation doesn’t surprise me.

This back and forth between Hastings and Carlson set off a firestorm of debate on UFO forums at the time. Either Figel denied claims made by Hastings about the Malmstrom AFB UFO incident, or he didn’t.

Debate and drama aside, this was the one issue that needed to be confirmed or denied — because such a source denying Hastings claims cast doubt upon all of the rest of the claims about the incident.