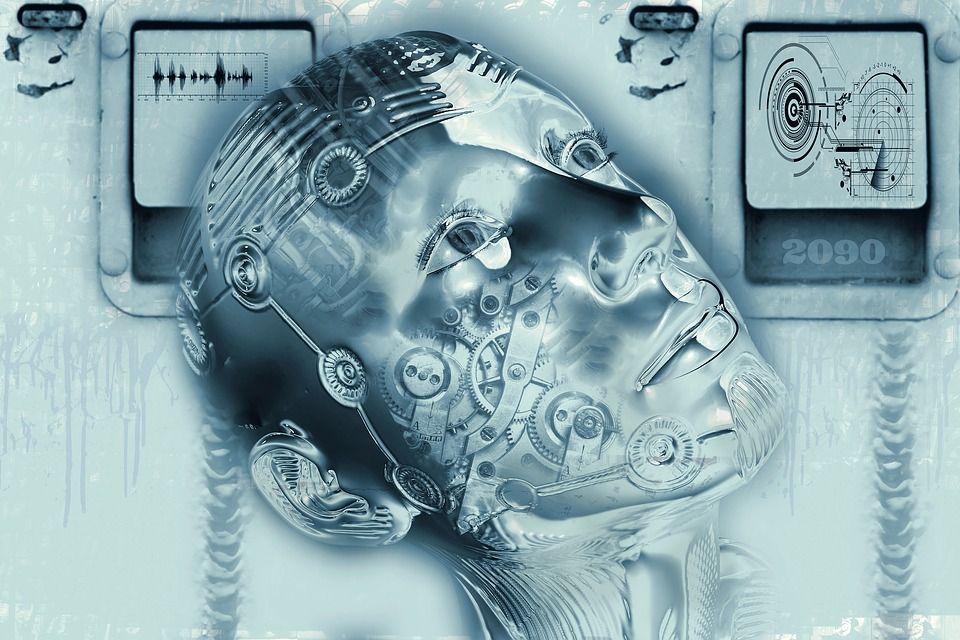 Listen to “e159 Human “Enhancement” and a Transhumanist Space Agenda” on Spreaker.

• There’s a new school of thought that if the human species intends to become a space-faring civilization, it will not only require advancements in propulsion technology’ (i.e.: ‘warp drive’, ‘anti-gravity’ and ‘ ion propulsion’ for example), but enhancements in human physiology as well. This “transhumanist space agenda” was put forward in an article entitled “Why Human Enhancement is Necessary for Successful Human Deep-space Missions” by Konrad Szocil and Martin Braddock.

• Space agencies around the world understand that we will never get anywhere using chemical rockets and tiny little “space capsules”. India, China, Russia, Japan, and NASA are all investigating exotic propulsion technologies. NASA’s ‘Defense Advanced Research Projects Agency’ has set a goal for the USA to be “warp capable” within a century.

• In their paper, Szocil and Braddock argue that a permanent human presence in space requires literal enhancements of the human body. Proponents of the transhumanist space explorer agenda insist that physical enhancements are needed to protect astronauts from the hazards of a hostile space environment so that human physical limitations do not hinder the rate of development of advanced technologies. Not only are these enhancements a rational solution, say the paper’s authors, but they are an ethical necessity if you’re going to expose astronauts to prolonged time in space.

• This “transhumanist space agenda” is opposed by the “technology traditionalists”. Going far beyond providing space explorers with the conservative diet, exercise, pharmaceuticals, and anti-radiation shielding that ‘traditionalists’ support, the ‘transhumanists’ advocate genetic engineering, nanotechnology, robotics and cognitive adaptation. Szocil and Braddock go even further, suggesting that a human might be genetically modified to breathe an alien atmosphere unaided by mechanical life support. How far can gene-splicing go? Is the goal to create the perfect cyborg-human with built-in bio-computer interface in the brain? Fill the lymph and circulatory systems with nanobots able to make quick surgical repair of damaged cells and body parts? Would such an enhanced being still be “human”?

• Yet, haven’t we heard this story before? In the ancient myths of the war of the “gods” between angels and demons, those gods genetically “tinkered with” humans to help them to adapt to this planet’s environment. Or was this done to intentionally hinder our natural human development? After all, the ancient texts indicate that we once lived far longer than we do now. Genetic modification of the human species to suit a new environment or agenda may be commonplace in our species’ short history.

There’s a school of thought out there that has been gaining some traction in the past few years, and it’s time to pay attention to it. That school of thought thinks that (1) the future of humanity is in space, and that we must “go to the stars”, and (2) in order to do so, we need not only (a) exotic new technologies, things like ion propulsion, warp drives, “anti-gravity” and so on, but also (b) a fundamental “enhancement” or modification of the humans destined to do so. It is point (2(b)) with which we are concerned today. It could, perhaps, be argued that this point is the fusion of the transhumanist agenda with that of space. It’s important to distinguish what’s going on here, between the “technology traditionalists” – and I would definitely number myself in that camp – and the “transhumanist space explorers”, which are newcomers in a certain sense to the debate on space.

For the “technology traditionalists”, the idea of a sustainable and permanent human presence in space and an interplanetary extension of that presence is not possible without the achievement of exotic propulsion and artificial environment technologies. As I’ve stated on many occasions, chemical rockets and tiny little “space capsules” simply are not going to be adequate to the job. If you’ve wondered why, with all the talk of missions to Mars and space hotels and asteroid mining and returning to the Moon, nothing is ever actually accomplished towards those ends of any real practical nature, this is why, and everyone in the space agencies from India, to China, Russia, Japan, and NASA knows it. This is why NASA has a whole division investigating exotic propulsion technologies, including the idea of warp drives. In fact, as I’ve indicated on a number of occasions and blogs, The Defense Advanced Research Projects Agency has made it a goal that the USA be “warp capable” in a century.

But the newer approach is that which I’m calling the “transhumanist space explorers,” who admit the need for all the exotic propulsion, but who are also arguing that a sustained and permanent human presence in space requires not just the exotic technological modifications of our ideas of propulsion and space travel, artificial environments, life support, habitats, and so on, but also of the human being himself. It is this meme that one sees increasingly being argued and advanced in recent years.

The principal challenges lie in current space technology and engineering which includes the protection of astronauts from the hazards of working and living in the space environment. These challenges may lead to a paradoxical situation where progress in space technology and the ability to ensure acceptable risk/benefit for human space exploration becomes dissociated and the rate of scientific discovery declines. In this paper, we discuss the predominant challenges of the space environment for human health and argue that development and deployment of a human enhancement policy, initially confined to astronauts – for the purpose of future human space programmes is a rational solution to these challenges.