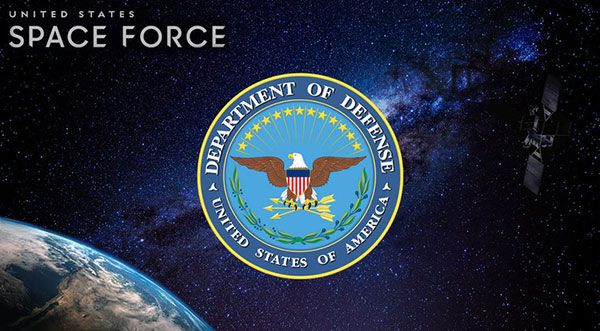 • In June, the US Defense Department released its Space Strategy Summary document (see here) laying out the DoD’s four-pillar strategy for space activities within the next decade and beyond.

• The first line of effort, says Justin T. Johnson, the acting Deputy Assistant Secretary of Defense for Space Policy, is for the Space Force to build a comprehensive military advantage in space.

• The second effort is to integrate space in the joint force of the US Space Command and with allies and partners, to organizes military exercises and prepare for battle in space, should that become necessary.

• The third effort is to shape the strategic environment. This includes educating the public about off-planet threats, promoting responsible activities in space, and putting adversaries on notice that harmful meddling will be met with a deliberate response from the United States military.

• The fourth effort, said Johnson, is to work with allies, partners, industry and other US agencies such as NASA, the FAA and the Commerce Department, to help streamline regulations for the space industry, which the DoD relies upon. The Space Development Agency is the key strategist in this regard. Allies and partners are excited to work with the United States Defense Department. Already, 20 nations and 100 academic and industry partners are collaborating with the DoD.

• “China and Russia are aggressively developing counter-space capabilities specifically designed to hold US and allied space capabilities at risk,” said Johnson. “China and Russia have made space a warfighting domain” by deploying systems that could potentially knock out US satellites – satellites which are vital to the missile warning system; precision, navigation and timing; and weather forecasting.

• In addition to the military aspect of space, Johnson notes that space is vital to US and global commerce. “Our $20 trillion US economy runs on space.”

In June, the Defense Department released its Space Strategy document. That document lays out the department’s four-pillar strategy for work that

needs to be done in space within the next decade and beyond.

Justin T. Johnson, acting deputy assistant secretary of defense for space policy, discussed that strategy at a virtual Heritage Foundation event today.
The first line of effort, he said, is for the U.S. Space Force to build a comprehensive military advantage in space.

The second effort is to integrate space in the joint force and with allies and partners. That mission is primarily the responsibility of U.S. Space Command, which organizes exercises and prepares for the fight in space, should that become necessary, he said.

The third effort, he said, is to shape the strategic environment. That includes such things as educating the public about threats, promoting responsible activities in space and putting adversaries on notice that harmful meddling will be met with a deliberate response from the department at the time and means of its choosing.