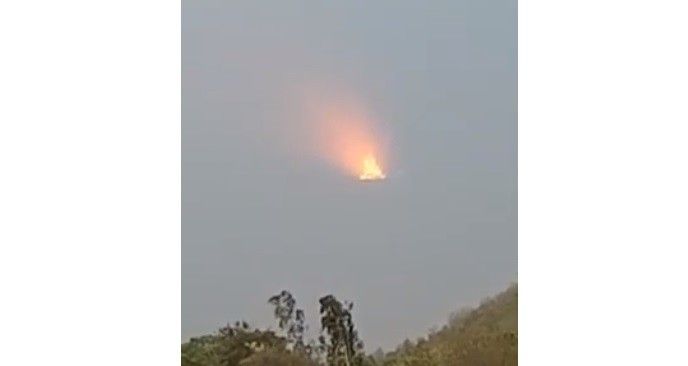 • A video from ‘Sharad Acharya’ in India shows a glowing, triangular-shaped UFO in the sky. “This is something different. This is not the sun. I believe this is not a UFO, this is something else,” says the eyewitness in the video.

• YouTube conspiracy theorists argued that Planet Nibiru (alias ‘Wormwood’) has now appeared in the skies and is now on a collision course towards the earth. Others say it is an alien spaceship from deep space. So-called “experts” dismiss it altogether, saying that the strange structure is the result of the sun’s rays penetrating through the clouds.

A strange and mysterious clip apparently taken from India is now the hottest debating point among conspiracy theorists and alien enthusiasts. This short video clip initially shared on YouTube by a user named ‘Sharad Acharya’ shows a triangular glowing entity hovering in the skies.

Most of the conspiracy theorists argued that Planet Nibiru alias wormwood has now appeared in the skies, and the earth is soon going to witness a series of natural disasters. Conspiracy theorists believe that Nibiru is a rogue killer planet that has been lurking at the edges of the solar system, and it is now on a collision course towards the earth.