The Most Credible UFO Sightings and Encounters in Modern History, According to Research

The modern era of UFO sightings began in 1947 when Kenneth Arnold, a businessman and pilot from Idaho, spotted what he believed was a formation of flying saucers near Mount Rainier in Washington. Encounters with unidentified flying objects have been recorded since ancient times, but Arnold’s sighting hooked the American public. It was the encounter that launched a thousand theories.

The U.S. military attempted to discredit Arnold’s claims. “The report cannot bear even superficial examination, therefore, must be disregarded,” the Air Force Materiel Command wrote in a now-declassified document.

As reported sightings increased and UFO obsession spread like wildfire, its flames fanned by the notorious Roswell incident, the military attempted to douse the issue. A series of UFO studies commissioned by the U.S. Air Force culminated in Project Blue Book, which wrapped up in 1969 and found no evidence of the presence of extraterrestrial vehicles on Earth or in the skies above.

The Air Force clearly hoped to put an end to the UFO craze—but the studies had the opposite effect. Josef Allen Hynek, who had overseen the Air Force efforts, broke with the military, claiming the importance of UFOs had been underplayed. His scientific analysis forms much of the basis of modern UFOlogy and his close encounters classification system is the benchmark in grading the credibility of UFO sightings.

In devising our own credibility rating system for UFO sightings, Newsweek built upon Hynek’s foundations. The astronomer and preeminent UFOlogist valued sightings that involved multiple or highly credible witnesses. We have also incorporated advances in technology into our scale. The advent of cameras and infrared devices on aircraft have presented new kinds of evidence for sightings.

The credibility scale works on a point-based system. One point is given for sightings with multiple witnesses, another for an expert witness (a pilot, air traffic controller, military or government official). One point is awarded for picture evidence and an additional point for film of a moving UFO. Unidentified flying objects can often be explained away as foreign aircraft, so an additional point is given for UFOs seen to be flying in a manner inconsistent with flight as humans know it.

A system for removing points has also been incorporated to account for cases where military or government bodies have discredited the sightings. Three points are removed in these cases, as the baseline for credibility in the scale begins at three. 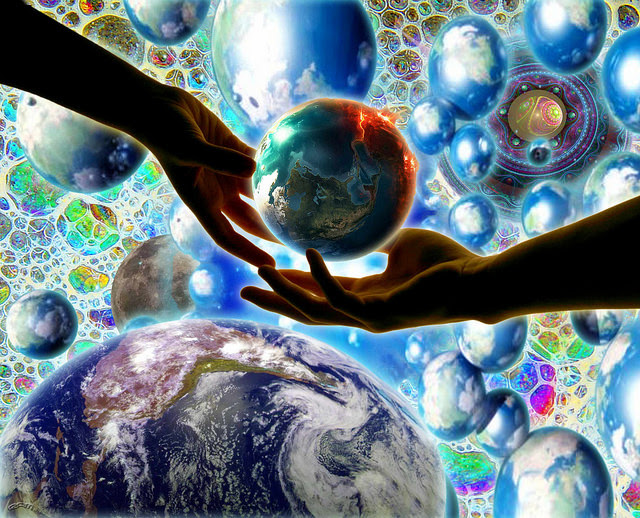 It was 8 years ago, over lunch with computer guru Larry Lowe, Phoenix Lights researcher, Lynne Kitei and peace activist, Terri Mansfield–together, we birthed a vision for mobile phones as a means of tracking UFO’s.

The four of us knew 3 things regarding UFOs, consciousness, and technology:

1. the effectiveness of crowdsourced data gathering, 2. the connection of handheld mobile phones and 3. the power of a community of conscious intention.

Our idea was to create a text-based system to track a UFO sighting whose trajectory would be traced via individual mobile phones  with geographical coordinates and images.  Then Larry would recreate a geospatial animation of the UFOs journey, eventually creating a map of multiple sightings.

We envisioned the Phoenix Valley as an illuminated map of UFO craft and exoconscious participants.

It’s a funny feeling to see a vision you and your friends held come to life–in a different way. It’s like thinking you know how your newborn will look–only to be delighted by its distinctive appearance at birth. You experience a death of your expectations and a birth of new possibilities. All so TS Eliot.

This: were we led all that way for

SETI wants to explore frequencies across the universe’s electromagnetic spectrum and we wanted to explore UFOs.  Different focuses, and yet, we both see consciousness and how humans are connected to the universe.Exoconsciousness.

Today I follow the unfolding of SETI’s venture with enthusiasm. It wasn’t always so.

When SETI first began its work, I questioned why they didn’t ask ET experiencers what we know about the universe and the extraterrestrial presence. It seemed an obvious route to information.

Well, I made peace with those questions that were entangled with feelings. Peace came because I have a deeper understanding of consciousness. Extraterrestrial exploration is like healing our bodies.  One consciousness needs drugs and surgery to heal.  Another consciousness needs oils and energy medicine to heal.

Exoconsciousness is about merging consciousness science and extraterrestrial experiencers (including those who witness UFOs). In that respect, SETI’s ability to explore across the universe’s entire electromagnetic spectrum is important.

We ET experiencers are aware of dimensions and frequencies that science is researching via advances in technology. How the exoconscious human experiences the full electromagnetic spectrum is central to energy healing, telepathy, and how we create connection. Technology advances consciousness. And consciousness advances technology. It’s not an either or.

Both SETI and ET Experiencers are about acknowledging, integrating and advancing our connection to our planet Earth, the universe and the extraterrestrial presence. For the Exoconscious the path lies within. We are extraterrestrial and as such our consciousness connects to other extraterrestrials and their field of information.

Our paths diverge and then merge in this field of information. It’s what creates a pattern so we all can see.