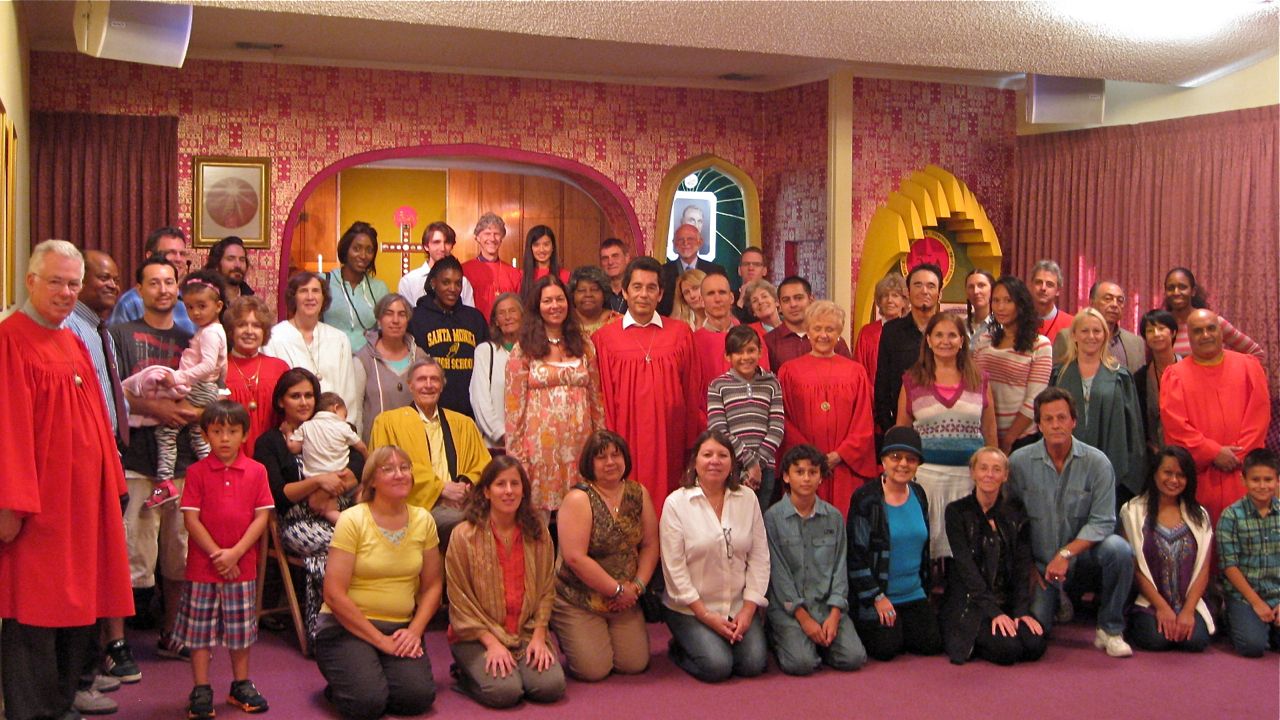 • In the early 1950s, taxi driver George King would sit in his cab at Caxton Hall in the Westminster section of London and psychically channel and record messages from ‘Cosmic Masters’. After practicing yoga extensively, King developed psychic powers of his own. In 1954, a voice told him he was to be the Earthly representative of an inter-planetary parliament.

• A week after this experience, a world famous yoga master passed through a locked door into King’s West London apartment and instructed him to form a group dedicated to helping the planet. The swami went on to teach him yoga, prayer, and meditation which enabled him to receive telepathic messages from ‘Aetherius’ beings on Venus. Based on his experiences and these messages, King founded The Aetherius Society. Today, Aetherius Society members number in the thousands with 58 churches worldwide. The majority of those churches are in the UK, with the headquarters in Fulham, in Southwest London.

• The Aetherius Society believes Jesus was an extraterrestrial being from the planet Venus, and that all of the various religious leaders have come to Earth from different planets to teach mankind the proper way of living. These extraterrestrial religious leaders operate on a different “frequency of vibration” from humans on Earth, which is why we are unable to see them or their civilizations on other planets, and why reports of UFO sightings often include details of the spacecraft blinking in and out of view.

• The society predicts the coming of the next ‘Master’ from space once Earth humans have spiritually advanced themselves and balanced their collective karma. A key teaching is that humanity has an immensely promising future if they choose the ‘right’ way of living. This Master will arrive in a spacecraft with great power, and present his credentials to the leaders of Earth. Those who continue to engage in war will be removed from the Earth, to be reborn on another planet where they will continue their spiritual progress; while those who understand the spiritual law will remain on Earth to enjoy the new millennium.

On a quiet street in Westminster sits a Grade II listed, red brick townhouse that most people walking past would expect to be home to a high end

However, Caxton Hall is actually the place where a London taxi driver sat and channelled Cosmic Masters, recording their messages. Based on his experiences and these messages, he founded The Aetherius Society.

George King, after practising yoga so much he developed psychic powers, claimed that in 1954 a voice told him he was to be the earthly representative of an inter-planetary parliament.

A week after this experience a supposedly world famous yoga master managed to get in to George’s Maida Vale apartment, passing through the locked door, and instructed him to form a group dedicated to helping the planet.

The swami went on to teach him yoga, prayer, and meditation, training which enabled him to receive telepathic messages from Venus, the first coming from Aetherius.

The Aetherius Society believes Jesus was an extraterrestrial being from the planet Venus, and more generally that all the various religious leaders each come from a different planet and have come to earth to teach mankind the right way of living.