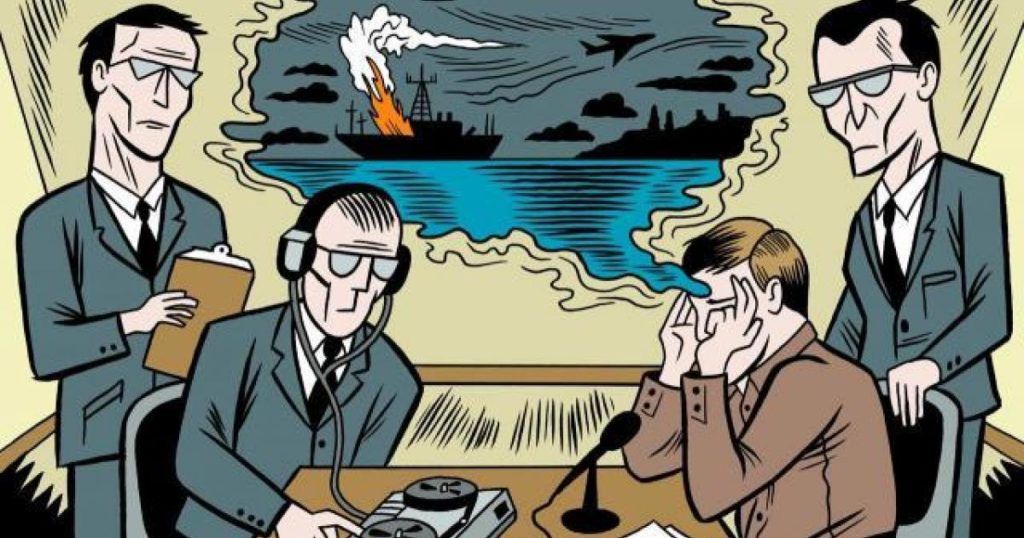 • The idea of a “galactic federation” of races that represent a benevolent force in our galaxy or universe is not a new idea. Channelers in telepathic communication with different groups of extraterrestrials have relayed this idea to the human race for many decades. This idea was recently sparked again when Haim Eshed, former head of Israel’s Defense Ministry’s space directorate, former general and respected professor revealed that the US and Israel have been in contact with intelligent extraterrestrials for quite a long time. He specifically referenced the “Galactic Federation”, emphasizing how they are waiting for humanity to evolve and that we are not quite ready for contact – a sentiment echoed by many.

• The CIA operated a program known as the STARGATE Project which included a remote viewing program where psychically gifted people were trained to “see” something in a remote location, regardless of distance and proximity to the target, from a given location independent of the target. The US government program ran for 25 years before it was declassified and supposedly shut down. The program, however, was very successful and quite useful for the intelligence community. It’s safe to assume that the entire STARGATE program and its contents was not fully declassified. One common theme among many of the remote viewers’ targets is their heavy interest in the extraterrestrial phenomenon. Why? Did their experience spark an interest in something we haven’t been told?

• One of the CIA’s declassified remote viewing sessions conducted in 1988 targeted the Earth headquarters for the Galactic Federation. (see remote viewing notes here) It’s unclear who the remote viewer is. (Names are usually listed.) First of all, where would the CIA get the idea to even look for some sort of galactic federation? It raises many questions.

• Remote viewer Lyn Buchanan describes the four types of extraterrestrials: “After the military I was asked by a branch of the government to do a…study paper to compare and contrast ET psychic ability to human psychic ability. …I was given access to many of the things that never made it into Project Grudge or the Blue Book or anything like that because they couldn’t be denied. …I found out that we can take the ET’s of all different kinds and species and all that and put them into four main categories. We’ve got those who are more psychic than us and those that are less psychic than us. In each of those two categories we’ve got friendly to us and unfriendly to us, the unfriendly non-psychic ones tend to not come here. They don’t like us, they don’t want to be around us. The non-psychic friendly ones come here for trade. The psychic friendly ones actually want to help us develop our abilities and become stronger at it. And the unfriendly psychic ones want us wiped off the planet, they want us dead, period, no questions asked.”

• According to Captain Frederick H. Atwater, a retired US Army officer who was involved in remote viewing experiments for the Army’s Intelligence and Security Command, the Defense Intelligence Agency and the CIA, Pat Price remotely viewed four alien bases on Earth, one of which was located under Mount Ziel, in the Northern Territory (Australia), some 80 miles west-northwest of Pine Gap. Price believed the base contained a mixture of ‘personnel’ from the other bases, one purpose being to ‘transport new recruits, with an overall monitoring function’. The other bases were said to be under Mount Perdido in the Pyrenees (Spain), Mount Inyangani in Zimbabwe, and in Alaska under Mount Hayes. Price described the occupants as ‘looking like homo sapiens, except for the lungs, heart, blood and eyes.’

• It’s a shame that ‘special abilities’ like remote viewing are disregarded by mainstream academia, yet quietly studied at the highest levels of government. Similarly, most mainstream media outlets covered the Haim Eshed/Galactic Federation story with ridicule, some even hinting that Eshed has lost his marbles. This is interesting given the fact that mainstream media has recently published various articles in multiple outlets taking the issue of UFOs and the possibility of extraterrestrial intelligence quite seriously, including CNN. It seems that whenever a story comes out about extraterrestrials urging us to get our shit together it is ridiculed, yet ET incidents with a bit of a threat narrative bias are taken most seriously. Nevertheless, these types of discoveries are huge for expanding human consciousness and learning more about ourselves and the nature of reality.

‘paranormal’ abilities and phenomena that some humans are capable of, and perhaps all of us are capable of. One of the programs under the STARGATE umbrella was the remote viewing program. Remote viewing is the ability to describe a remote location, regardless of distance and ones proximity to the target, from a given location independent of the target. So basically, if you had this ability you could accurately “see” what’s on the back side of the Moon, if anything, or you could see what’s inside a specific building in another country if you were given the coordinates.

The U.S. government program ran for approximately 25 years before it was declassified and supposedly ‘shut down.’ From the literature that has been made available, the program was clearly very successful and the remote viewing phenomenon was quite useful for the intelligence community.
A paper published one year after the declassification of the program by one of the programs co-founders Dr. Harold (Hal) Puthoff in the Journal of Scientific Exploration states the following,

To summarize, over the years, the back-and-forth criticism of protocols, refinement of methods, and successful replication of this type of remote viewing in independent laboratories has yielded considerable scientific evidence for the reality of the (remote viewing) phenomenon. Adding to the strength of these results was the discovery that a growing number of individuals could be found to demonstrate high-quality remote viewing, often to their own surprise…The development of this capability at SRI has evolved to the point where visiting CIA personnel with no previous exposure to such concepts have performed well under controlled laboratory conditions.

Dr. Jessica Utts, former Chair of the Department of Statistics at the University of California, Irvine and a professor there since 2008 states the following about the program: “What convinced me was just the evidence, the accumulating evidence as I worked in this field and I got to see more and more of the evidence. I visited the laboratories, even beyond where I was working to see what they were doing and I could see that they had really tight controls…and so I got convinced by the good science that I saw being done. And in fact I will say as a statistician I’ve consulted in a lot of different areas of science; the methodology and the controls on these experiments are tighter than any other area of science where I’ve worked.

In my opinion, it’s a shame that ‘special abilities’ like these are not studied within mainstream academia yet studied at

the highest levels of governments with the intentions of intelligence gathering. When it comes to technology, special abilities or solutions to the world’s problems, it’s not the technology, the ability of people or those solutions that will change the world, it’s the consciousness behind these things. What do we use our new discoveries for? What’s our intention? Do we use them to advance the human experience and for the good of all people, or something else? This is why solutions that do pop up in various fields, like clean energy technology for example, are never implemented.
Remote Viewing , and the “Galactic Federation”.”

The declassified literature has numerous examples of successful remote viewing experiments, and real world examples as well. It’s safe to assume that the entire program and its contents was not declassified, and this seems evident from the testimony of multiple CIA/military remote viewers that were verifiably part of the program for many years. One common theme among many of the viewers is their heavy interest in the extraterrestrial phenomenon. Why? Did their experience in the remote viewing program influence this heavy belief and interest? Is there something we haven’t been told?

We will get to that a bit later in the article, as well as more examples, but what I wanted to provide you with here is a link to a remote viewing session conducted by the CIA to view the “Galactic Federation” headquarters on Earth, it seems.