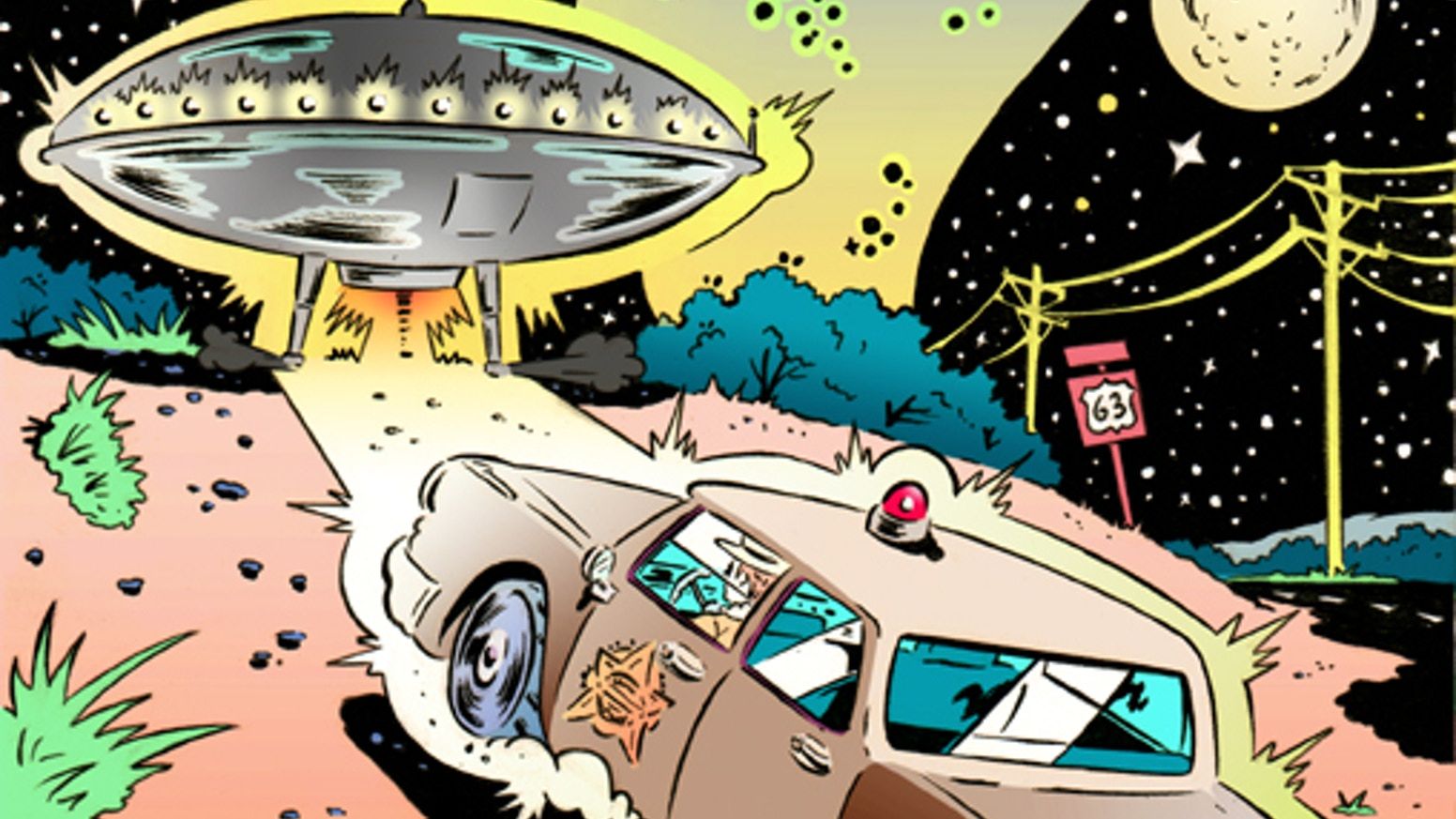 • On the night of December 3, 1967, near Ashland, Nebraska (between Lincoln and Omaha), Nebraska State Patrolman Herbert Schirmer was headed west toward Lincoln. At the time, Schirmer was 22 years old and had been a patrolman for seven months. As he approached the junction of Highways 6 and 63, he saw what he initially thought was a tractor trailer. As he got closer, however, it turned out to be a UFO.

• The next thing Schirmer knew, he was back at the police barracks, and wrote in his duty log exactly what he had experienced. The next morning, the police chief saw Schirmer’s log and wondered what was going on. Schirmer responded that he wasn’t feeling well and thought he had experienced something beyond what he remembered. So Schirmer and the police chief went to a government-sanctioned Air Force committee of UFO specialists, called the Condon Committee. There, the specialists put Schirmer under hypnosis several times to recall a 20-minute time lapse that Schirmer could not make up for between 2:30 a.m. and 3 a.m. that morning. They made an audio recording of that hypnosis session, where Schirmer described being taken aboard the craft, shown how the craft operated, and was told why they were there.

• Fast-forward to present day when Los Angeles-based comic book author Michael Jasorka listened to Schirmer’s 1967 hypnosis session recording “hundreds of times”. Long having an interest in UFOs, Jasorka decided to turn it into a comic book based on a transcription of the recording.

• “I really had to listen to the way he (Schirmer) spoke and allow the time between another sentence or what he would say next, as my dictation to when I would draw the next panel. I had to really feel the time every time I was working on a new page to make sure that where panel would work to the flow,” explained Jasorka.

On Monday, Kinkaider released its Star Snake Dank IPA to honor Schirmer’s story within its existing line of Nebraska folklore-themed beers. As part of the beer’s release, Kinkaider hosted a “mini tour” where Jasorka answered questions and did a read-along of his comic book.

Jasorka said at the time of Schirmer’s UFO experience, he was 22 years old and was only a patrolman for seven months. He was headed west when he saw what he initially thought was a tractor trailer at the junction of Highways 6 and 63. However, Jasorka said, it turned out to be a UFO.

“He (Schirmer) came back to the barracks — he was the only one on duty — and wrote in his duty log exactly what he had experienced,” Jasorka said. “The next morning, the chief said he saw his log and wondered what was going on. He responded that he wasn’t feeling well and experienced something beyond what he think he experienced.”

He added Schirmer and the chief went to work to unravel what Schirmer experienced that night, going to the Condon Committee, a government-sanctioned Air Force committee of UFO specialists, “They basically put Herbert under a refreshing hypnosis several times to recall a 20-minute time lapse that he could not make up for between 2:30 a.m. and 3 a.m. that morning,” Jasorka said. “Upon that, he listened to the audio back to himself and recollected that he was actually taken aboard the craft, shown how it operated and told why they were there.”