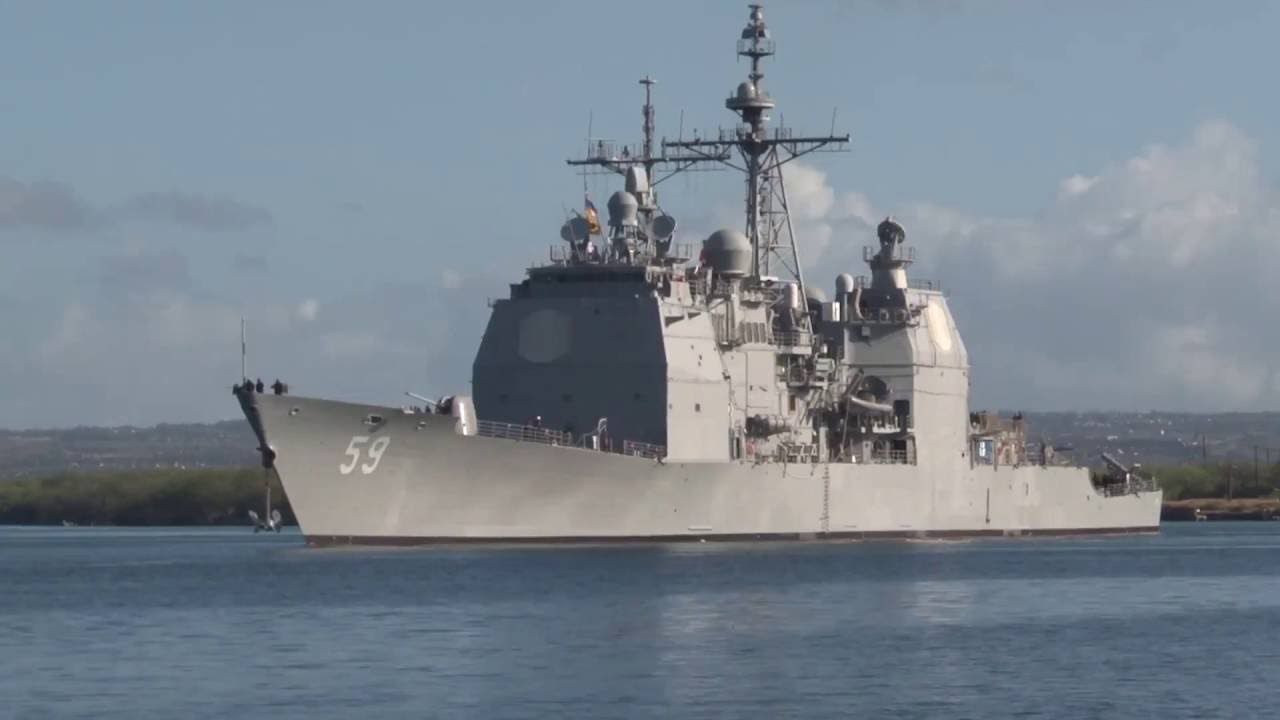 • US Navy jet cockpit video of a ‘tic tac’ UFO off of San Diego in 2004, and released by the New York Times in 2017, has become one of the most talked-about UFO sightings in history. In an interview with The Nimitz Encounters podcast (see entire 36:09 minute video below), Lead Petty Officer Ryan Weigelt who was in charge of the helicopters on the USS Princeton (pictured above), part of the Nimitz carrier battle group, reveals that soon after the mysterious tic tac UFO was spotted by the fighter jets, a group of US Air Force personnel landed on his ship to retrieve secret information.

• The Air Force personnel “weren’t assigned” to the carrier. When they arrived, they went straight to the Admiral’s Quarter and stationed a guard outside. They then retrieved “something” from the Princeton’s helicopters which grounded the helicopters. Weigelt says he couldn’t say “whatever box it was” that the Air Force personnel took away. But they logged it out and were directed by a higher authority to take it. “[W]e couldn’t fly our aircraft until we got them back… (because) [t]here was no way we could safely fly our aircraft in a battle group.”

• Weigelt said that the Air Force personnel then left the ship by a rigid-hulled inflatable boat, and forced the USS Princeton to harbor at a marina, something that was unheard of. Said Weigelt, “I’ve done a lot of cruises in my time in the military and never once did we pull in during a work-up to a harbor for any reason whatsoever.” “I’ve never even seen a ship anchor in the mouth of the harbor.”

• When the podcast’s host, Dave Beattie, suggested that the Air Force personnel may have removed more video footage of the UFOs, Weigelt agreed. “There’s no doubt in my mind that these guys were looking for data on the UFOs.”

A US Navy veteran who was on board the USS Princeton when a UFO was spotted by fighter pilots has revealed a group of mysterious officials boarded the cruiser soon after to retrieve secret information.

Footage of the moment an F/A-18 Super Hornet spotted the unknown object hurtling through the skies in 2004 became one of the most talked-about UFO sightings of all time, after it was released by the New York Times in 2017.

It led to the Pentagon admitting to having a top-secret programme devoted to looking at the existence of extraterrestrial objects.

The incident – which showed a tic-tac shaped UFO performing manoeuvres never seen before – took place off the coast of San Diego.

While the pilots had taken off from the USS Nimitz, they were part of a larger battle group which featured the USS Princeton.

Lead Petty Officer Ryan Weigelt was in charge of looking after the helicopters on board the Princeton at the time of the incident.

In an interview with The Nimitz Encounters, he revealed that soon after the mysterious aircraft was spotted by the fighter jets, a group of United States Air Force personnel landed on his ship.

Ryan explained that this group “weren’t assigned” to the carrier and, as soon as they arrived, they went straight to the Admiral’s Quarter and stationed a guard outside.

They then retrieved “something” from the Princeton’s helicopters which meant they could not fly.