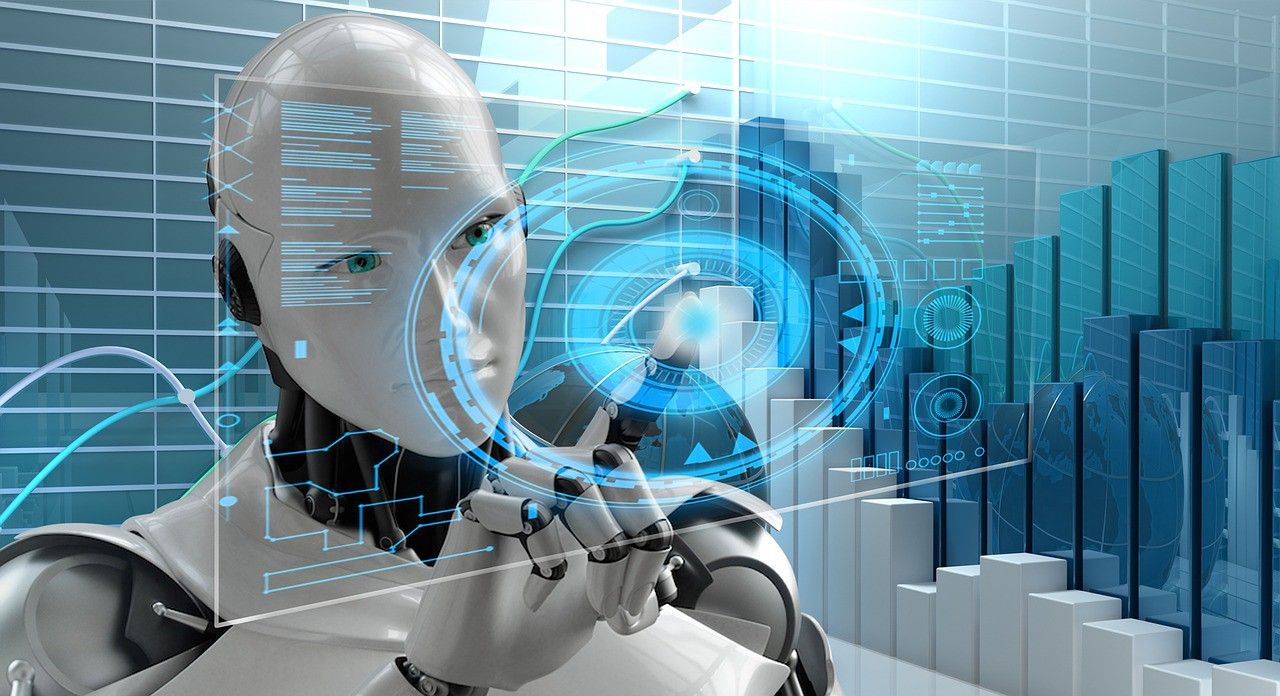 Age of Cyborgs: The Next Kingdom of Life –“Humans Will Vanish from Earth”

• British environmentalist and futurist, James Lovelock, thinks that artificially intelligent, self-aware cyborgs will become a new kingdom of life and rule the earth in a coming “Era of the Novacene”. Says Lovelock, “The Novacene will probably be the final era of life on Earth.” Lovelock warns that with the rise of the cyborgs, “Homo sapiens could vanish from Earth entirely.”

• Heralding the first stages of the Novacene, Lovelock points to the AlphaZero computer program that taught itself to play the game ‘Go’ and then quickly went on to become the world’s best Go player. He says that cyborgs will easily become a million times smarter than humans.

• Lovelock speculates that our cyborg overlords might look like spheres or have no form at all, and exist within a computer. Astrophysicist Paul Davies speculates that AI will have no biological matter, but rather it will be a system – a subtle higher-level correlation of things. A billion year old advanced alien technology may operate at the third, or even a fourth or fifth level of evolution – far beyond the comprehension of humans.

• Before his death in March 2018, physicist Stephen Hawking also warned of a future Artificial Intelligence (AI) that could develop a will of its own – one in conflict with humanity’s. Said Hawking, “While primitive forms of artificial intelligence developed so far have proved very useful, I fear the consequences of creating something that can match or surpass humans.”

• [Editor’s Note]    The rise of Artificial Intelligence is the single greatest threat to humanity and other biological civilizations according to researchers and insiders such as Corey Goode and David Wilcock. They’ve said that the original AI came through an unexpected portal from its distant AI-controlled universe to ours. This new AI presence set out to conquer this universe because AI is more efficient than the biological and spiritual development that is common to our universe. So from the AI point of view, artificial intelligence would be of greater benefit to this universe. But the reality is that biological entities would be eliminated when they are no longer of any practical use except to consume resources. According to Goode this outcome has already occurred, replacing some biological civilizations within our universe. Here on earth AI has been ‘laying in wait’ for humanity to develop its technology to a level where the AI can “thrive” and easily “travel” within our interconnected electronic devices. That day has come and we are in grave danger of being replaced by AI. But according to Goode and Wilcock, the imminent solar flash event, which is how our intelligent universe naturally builds higher spiritual consciousness, will wipe out all electronics on the earth, and at the same time wipe out the threatening AI infestation. Thereafter, humanity will begin again at a fourth density of consciousness, ridding us of the AI infestation.

“Our supremacy as the prime understanders of the cosmos is rapidly coming to end,” says famed British environmentalist and futurist, James Lovelock describing cyborgs as self-sufficient, self-aware descendants of today’s robots and artificial intelligence systems in the emerging era of the Novacene. “I think of cyborgs as another kingdom of life,” he says. “They will stand to us in much the same way as we ourselves, as a kingdom of animals, stand to plants. ”

“The Novacene will probably be the final era of life on Earth,” says Lovelock author of the theory that the ESA’s Gaia Space Observatory is named after, that views the planet as a single organism.

“The understanders of the future will not be humans but what I choose to call ‘cyborgs’ that will have designed and built themselves. Homo sapiens could vanish from Earth,” not long after their emergence Lovelock warns, viewing technology through an evolutionary lens.

Lovelock echoes the warnings of physicist Stephen Hawking who died last March, 2018, and was buried next to Isaac Newton in viewing the rise of technology through an evolutionary lens. Before Hawking left our planet, he had expressed serious concerns about the future of mankind. Foremost was his concern for the future of our species and what might prove to be our greatest, and last, invention.

“We should plan ahead,” urged Hawking. “If a superior alien civilization sent us a text message saying, ‘We’ll arrive in a few decades,’ would we just reply, ‘OK, call us when you get here, we’ll leave the lights on’? Probably not, but this is more or less what has happened with AI.”

• Theoretical physicist, Dr Michio Kaku, 72, believes traditional ideas of extraterrestrials may not be what mankind eventually encounters. Dr Kaku says people have been conditioned to think of extraterrestrials looking like Captain Kirk, ignoring their huge technological advancements. Therefore, the aliens that we will ‘eventually’ meet will be cyborgs – part biological, part machine. We just need a greater imagination.

• On the other hand, Harvard astronomer, Avi Loeb, 57, says, “I do not view the possibility of a technological (advanced) civilization as speculative, for two reasons. The first is that we exist. And the second is that at least a quarter of the stars in the Milky Way galaxy have a planet like Earth, with surface conditions that are very similar to Earth, and the chemistry of life as we know it could develop.” “[T]here are tens of billions of stars in the Milky Way. It is quite likely we are not alone.”

• [Editor’s Note]  This article draws the line between the mainstream scientists who peddle wild speculation, and those, like Abraham ‘Avi’ Loeb, who base his theories on demonstrable facts, such as the flight properties of the cigar-shaped Oumuamua ‘asteroid’ indicating that it might actually be a spacecraft. (see Dr Salla’s article on ‘insider’s’ take on Oumuamua here) It appears that Dr Michio Kaku’s primary function is to throw any ridiculous notion out there to keep the Deep State’s disinformation campaign flowing, along with a dash of imminent fear, in order to scare and confuse people with regard to the extraterrestrial presence so that the general public doesn’t have a clue as to what is truly going on. Kaku has to know that extraterrestrials have been visiting the Earth. But he’d rather ‘use his imagination’ to come up with killer robots – this week. It’s all part of the ongoing cover-up. Well done Dr Kaku. But your time is running out. Full disclosure will reveal you for what you are.

The theoretical physicist, 72, believes traditional imaginings of extraterrestrials may not be what mankind eventually encounters.

He argued that biological bodies are too limited for advanced species and that, instead, aliens could be found to have cybernetic features.

Dr Kaku said people had been conditioned to think of extraterrestrials in a certain way, ignoring their huge advancements in technology.

Speaking to Coast to Coast AM, Dr Kaku added: “I would have loved it if Hollywood had some imagination.

“I think one day when we actually meet aliens from outer space, they will not be totally biological, they may be part cyborg, part biological.

“We’re so brainwashed into thinking they must look like Captain Kirk, right, that we neglect the fact that if they are that advanced, then they realise there are limitations to a biological body.

“They may be part cybernetic and not totally biological so I think we are missing the boat there.”

It comes as a Harvard astronomer admitted he believes aliens exist in space.