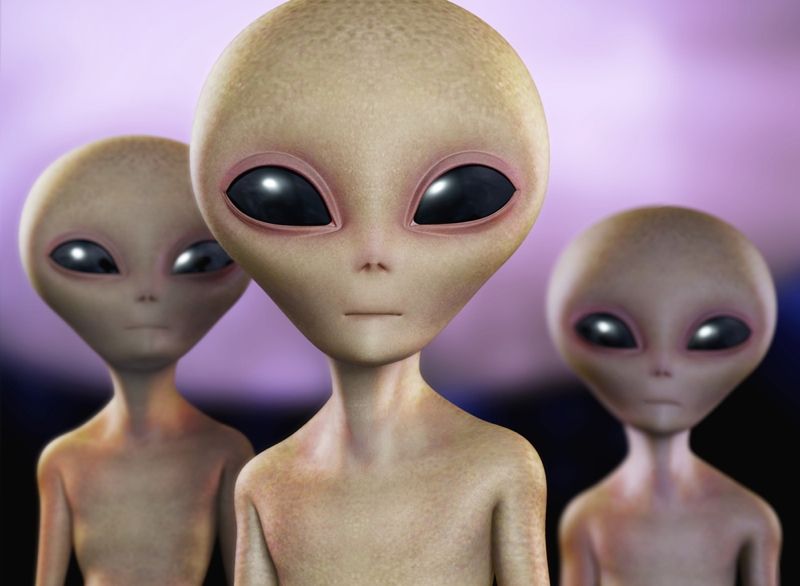 Just Show Us the Aliens Already

You know what? It’s time. We’ve waited long enough. After a slow drip, drip, drip of hints and tidbits of information about the longtime, formerly top-secret government project dedicated to exploring the existence of extraterrestrial life, we deserve some confirmation. Are we alone out here or not? Don’t we have enough to be confused about???

It’s been three months since the Pentagon officially released footage of three sightings of “unidentified aerial phenomena,” previously shared with the world by true believer and former Blink-182 member Tom DeLonge’s company, To the Stars Academy of Arts & Science. At the time, the government said they were releasing these grainy videos to clear up any confusion that they might be fake. They are not fake! They are real, and the government can’t explain them!

Now, retired senator Harry Reid, who seems almost ready to confirm that he believes aliens are real, told the New York Times he “believes” that “crashes of objects of unknown origin may have occurred and that retrieved materials should be studied.” Um, okay! Yes, please can they be studied? According to former members of the Unidentified Aerial Phenomenon Task Force — the government’s exploratory program — now that the program is no longer “in the shadows,” it might actually be making its findings public. One official from the task force apparently told a Defense Department agency in March about the existence of “retrievals” he described as being from “off-world vehicles not made on this earth.” !!

Give. Us. The. Aliens. Show us the pieces of their ships! Let us see! The fact that Donald Trump knows more than I do about whether or not the existence of aliens is close to being confirmed is unconscionable. Can I please just have this one thing?