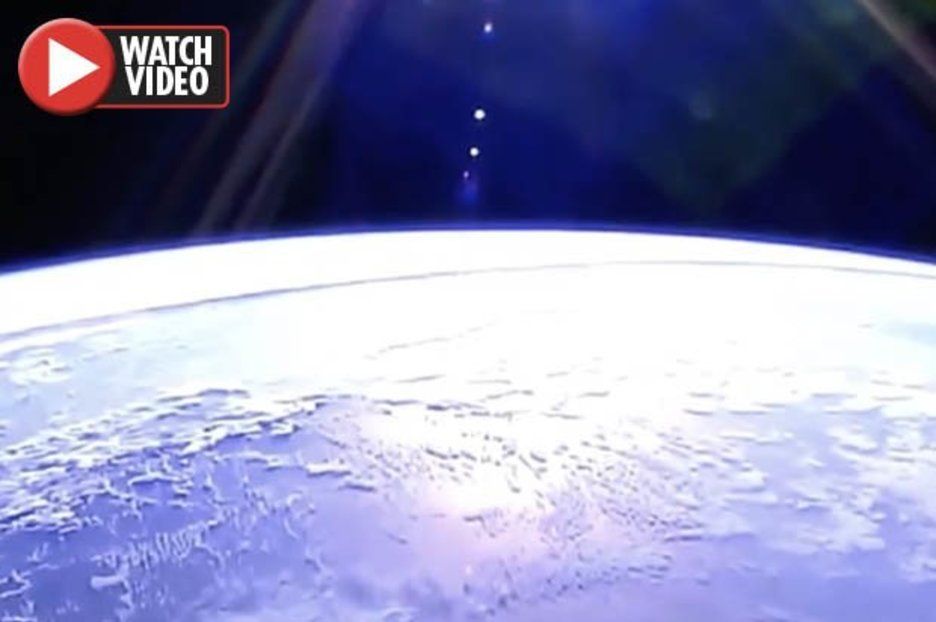 • A Google Earth satellite image taken on the International Space Station has once again recorded an image of a gigantic atmospheric line, stretching for thousands of miles. A similar line appeared twice last year.

• The clip, which was posted by conspiracist MrMBB333, shows the massive “object” stretching across the surface of the planet. (see 1:11 minute video feed from the ISS below) “This is something in the sky above planet Earth,” he said. “I’ve been an observer of Earth for years and I’ve never seen anything like this.”

Conspiracy theorists were sent into a frenzy last year when a gigantic line was seen on Google Earth.
It then resurfaced several months later and some even claimed to have caught it from the ground.

And now, a satellite image taken on the ISS seems to show it has appeared once more.

The clip, which was posted by conspiracist MrMBB333, shows the massive “object” stretching across the surface of the planet.

“This is something in the sky above planet Earth,” he said.

“That’s not a continent – there’s nothing over there that is perfectly linear.

“That tells me, more than likely that whatever this is was in the sky.”

He then alters the contrast of the image to show the mystery sight in even more clarity.

“You can see there is definitely something there,” he adds.

“What are these things?”

1:11 minute video of ISS feed of Earth with a line across it